U.S. Federal Open Market Committee Dec. 16 Statement: Text
Email | Print | A A A Dec. 16 (Bloomberg) -- The following is a reformatted version of the full text of the statement released today by the Federal Reserve in Washington:

The Federal Open Market Committee decided today to establish a target range for the federal funds rate of 0 to 1/4 percent.

Since the Committee's last meeting, labor market conditions have deteriorated, and the available data indicate that consumer spending, business investment, and industrial production have declined. Financial markets remain quite strained and credit conditions tight. Overall, the outlook for economic activity has weakened further.

Meanwhile, inflationary pressures have diminished appreciably. In light of the declines in the prices of energy and other commodities and the weaker prospects for economic activity, the Committee expects inflation to moderate further in coming quarters.

The Federal Reserve will employ all available tools to promote the resumption of sustainable economic growth and to preserve price stability. In particular, the Committee anticipates that weak economic conditions are likely to warrant exceptionally low levels of the federal funds rate for some time.
The focus of the Committee's policy going forward will be to support the functioning of financial markets and stimulate the economy through open market operations and other measures that sustain the size of the Federal Reserve's balance sheet at a high level. As previously announced, over the next few quarters, the Federal Reserve will purchase large quantities of agency debt and mortgage-backed securities to provide support to the mortgage and housing markets, and it stands ready to expand its purchases of agency debt and mortgage-backed securities and as conditions warrant. The Committee is also evaluating the potential benefits of purchasing longer-term Treasury securities. Early next year, the Federal Reserve will also implement the Term Asset-backed Securities Loan Facility to facilitate the extension of credit to households and small businesses. The Federal Reserve will continue to consider ways of using its balance sheet to further support credit markets and economic activity.

In a related action, the Board of Governors unanimously approved a 75-basis-point decrease in the discount rate to 1/2 percent. In taking this action, the Board approved the request submitted by the Board of Directors of the Federal Reserve Bank of New York, Cleveland, Richmond, Atlanta, Minneapolis, and San Francisco. 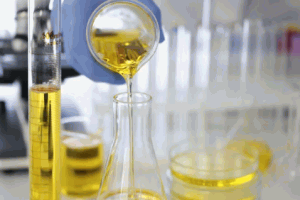