The Herzfeld Caribbean Basin Fund is a closed end mutual fund that invests in companies located in countries of the Caribbean Basin and may invest up to 20% of its assets in securities of non-Caribbean Basin Companies strategically linked to Cuba.

1. Coca-Cola Femsa  (KOF) : Coca-Cola Femsa is the largest franchise bottler of Coca-Cola trademark beverages in the world, delivering more than four billion unit cases a year. It services predominantly the Latin American market and will benefit from the sale of Coca-Cola products in the Cuban marketplace.

2. Lennar  (LEN) : A homebuilder with a heavy focus on the Florida housing market. It is headquartered out of Miami. With Cuba just 90 miles away from Florida, it is logical to think increased Cuban immigration should help this homebuilder.

3. Seaboard (SEB) : Seaboard is an agribusiness and transportation company. It is engaged in the production, processing and ocean transportation of pork worldwide. It will benefit from increased food exports to Cuba.

4. Copa Holdings  (CPA) : Copa Holdings is an airline passenger and cargo service in Latin America. It provides services within Colombia and international flights from various cities in Colombia to Panama, Venezuela, Ecuador, México, Cuba, Guatemala and Costa Rica. Increased Cuban tourism and travel only serves to aid the bottom line.

5. MasTec  (MTZ) : MasTec is an infrastructure construction company and provides engineering, building, installation, maintenance and upgrade services for energy, utility and communications infrastructure. This is more a play on energy infrastructure in an auspicious location relative to Cuba. The company is headquartered out of Coral Gables, Florida.

6. Royal Caribbean Cruises  (RCL) : Another logical investment because of the expected increase in tourism and cruise vacationing to Cuba.
7. Watsco  (WSO) : Watsco distributes air conditioning, heating, and refrigeration equipment, as well as related parts and supplies in the United States, Canada, Mexico and Puerto Rico. Like Lennar, it could profit on increased housing and appliances via Cuban immigration.

9. Bancolombia (CIB) : This full-service financial institution provides various banking products and services to individual and corporate customers. It is also a play on increased financing and banking activity in absence of the embargo.

The following tables present our largest investment and geographic allocations as
of December 31, 2014.   (Page 7/36) 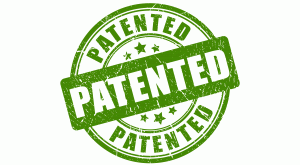