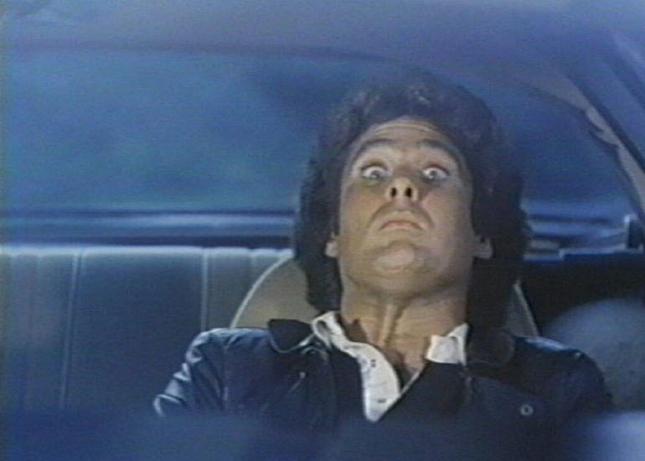 LOS ANGELES--(BUSINESS WIRE)--Sept. 20, 2006--CytRx Corporation (Nasdaq:CYTR - News) today announced that initial findings from data analysis of the Company's Phase IIa clinical trial with arimoclomol for the treatment of amyotrophic lateral sclerosis (ALS or Lou Gehrig's disease) will be presented by President and CEO Steven A. Kriegsman and Senior Vice President of Drug Development, Jack Barber, Ph.D., at the UBS Global Life Sciences Conference. The Company's presentation is scheduled for Tuesday, September 26, 2006 at 9:30 a.m. Eastern time (6:30 a.m. Pacific time) at the Grand Hyatt New York Hotel in New York City.
A live audio webcast of the presentation and accompanying slides will be available on the Company's Web site at www.cytrx.com. Replays will be available approximately three hours after the initial presentation.

In a 10-center, double-blind, placebo-controlled Phase IIa clinical trial, 84 ALS patients were evaluated while receiving either placebo (a capsule without drug) or one of three dose levels of orally administered arimoclomol three times daily for 12 weeks and during a four-week follow-up period without drug. The primary endpoints of this trial are safety and tolerability. Secondary endpoints include a preliminary evaluation of efficacy using two widely accepted surrogate markers, the revised ALS Functional Rating Scale (ALSFRS-R), which is used to determine a patient's capacity and independence in 13 functional activities, and Vital Capacity (VC), an assessment of lung capacity. The Phase IIa trial is powered to detect only extreme responses in these two categories.

ALS is a progressive degeneration of the brain and spinal column nerve cells that control the muscles that allow movement. Over a period of months or years, ALS causes increasing muscle weakness, inability to control movement and problems with speaking, swallowing and breathing. According to the ALS Survival Guide, 50% of ALS patients die within 18 months of diagnosis and 80% die within five years. More than 120,000 people are living with ALS worldwide.

CytRx Corporation is a biopharmaceutical research and development company engaged in the development of high value human therapeutics. The Company owns three clinical-stage compounds based on its small molecule "molecular chaperone" co-induction technology. In September 2006, CytRx announced the receipt of $24.5 million in a non-dilutive agreement with the privately funded ALS Charitable Remainder Trust to fund continued arimoclomol development for the treatment for ALS in return for a one percent royalty payment from potential worldwide sales of arimoclomol for the treatment of ALS to The Greater Los Angeles Chapter of The ALS Association. Arimoclomol has received Orphan Drug status and Fast Track designation from the FDA.

CytRx has previously announced that a novel polyvalent HIV DNA + protein vaccine exclusively licensed to CytRx, developed by researchers at the University of Massachusetts Medical School (UMMS) and Advanced BioScience Laboratories, and funded by the National Institutes of Health, demonstrated very promising interim Phase I clinical trial results that indicate its ability to produce potent antibody responses with neutralizing activity against multiple HIV viral strains. CytRx also has a broad-based strategic alliance with UMMS to develop novel compounds in the areas of ALS, obesity, type 2 diabetes and cytomegalovirus (CMV) using RNAi technology. The Company has a research program with Massachusetts General Hospital, Harvard University's teaching hospital, to use RNAi technology to develop a drug for the treatment of ALS. CytRx Drug Discovery division, located in Worcester, Mass., focuses on the use of RNAi technologies to develop small molecule and RNAi therapeutics to treat obesity and type 2 diabetes. For more information, visit CytRx's Web site at www.cytrx.com.

This press release may contain forward-looking statements within the meaning of Section 21E of the Securities Exchange Act of 1934, as amended. Examples of such statements include, but are not limited to, statements relating to the expected timing, scope and results of our clinical development and research programs, including the initiation of clinical trials, and statements regarding the potential benefits of our drug candidates and potential drug candidates. Such statements involve risks and uncertainties that could cause actual events or results to differ materially from the events or results described in the forward-looking statements, including risks or uncertainties related to the outcome and timing of CytRx's Phase II clinical trial for arimoclomol, including the open-label extension of that trial, uncertainties regarding regulatory approvals for future clinical testing of arimoclomol and the scope of the clinical testing that may be required by regulatory authorities for arimoclomol, uncertainties regarding the timing and amount of revenues, if any, that will be realized by CytRx from the commercialization of arimoclomol, the significant time and expense that will be incurred in developing any of the potential commercial applications for arimoclomol and the need for additional capital to fund the development of arimoclomol, risks relating to the enforceability of any patents covering CytRx's products and to the possible infringement of third party patents by those products, and the impact of third party reimbursement policies on the use of and pricing for CytRx's products. Additional uncertainties and risks are described in CytRx's most recently filed SEC documents, such as its most recent annual report on Form 10-K, all quarterly reports on Form 10-Q and any current reports on Form 8-K filed since the date of the last Form 10-K. All forward-looking statements are based upon information available to CytRx on the date the statements are first published. CytRx undertakes no obligation to publicly update or revise any forward-looking statements, whether as a result of new information, future events or otherwise.

Known as a technological innovator in the field of molecular genetics, Craig C. Mello, Ph.D., along with Andrew Fire, Ph.D., of Stanford University, is a key inventor on the first approved patent for the use of double stranded RNA for gene silencing, a technology that has come to be known as RNAi. Dr. Mello is the Blais University Chair and Distinguished Professor of Molecular Medicine and a Howard Hughes Medical Institute Investigator at the University of Massachusetts Medical School, in Worcester, Massachusetts.  In this capacity, Dr. Mello studies both the biochemical pathway responsible for RNAi and the regulation of gene expression; he has numerous publications credits including 16 in the prestigious journals Science, Nature, Cell, and the Proceedings of the National Academy of Sciences.  Prior to joining the University of Massachusetts Medical School, Dr. Mello was a post-doctoral fellow in the lab of Dr. Jim Priess at the Fred Hutchinson Cancer Research Center in Seattle. Dr. Mello received a Ph.D. from Harvard University and a Sc.B. from Brown University. He also conducted graduate studies in the laboratory of David Hirsh, Ph.D., at the University of Colorado. In 2003, Dr. Mello shared the Wiley Foundation Prize and the prestigious National Academy of Sciences Award in Molecular Biology with Dr. Fire for their work on RNAi.


LOS ANGELES--(BUSINESS WIRE)--CytRx Corporation (NASDAQ:CYTR - News) today announced that its majority-owned subsidiary, RXi Pharmaceuticals Corporation (RXi), has secured a non-exclusive, worldwide research and therapeutic license from Cold Spring Harbor Laboratory to their short hairpin RNAi technology (shRNAi). The licensed technology potentially allows for the more efficient triggering of RNA interference (RNAi) and includes the use of short hairpin RNAis (shRNAis) either delivered as RNA compositions or encoded by DNA constructs. Patents covering this technology are currently pending. Financial terms were not disclosed for competitive reasons.
"With this license for all human therapeutic areas, we gain the well-validated advantage of shRNAi - which is reported to be up to 10- to 100-fold more potent compared with standard siRNA," said Tod Woolf, Ph.D., RXi's President and CEO. "This license supports our activities to accumulate a broad technology portfolio of RNA chemistry, and configuration and delivery technology, and marks another step in our construction of a world-class RNAi therapeutics company."

The technology licensed by RXi was developed in the laboratory of Gregory J. Hannon, Ph.D., a Howard Hughes Medical Institute Investigator at Cold Spring Harbor Laboratory. Dr. Hannon, who is a co-founder and member of RXi's scientific advisory board, is also a leading expert on oncogene pathways and was formerly an advisor to Alnylam Pharmaceuticals. Dr. Hannon's laboratory is credited with discovering the mechanism of RNAi in human cells (RISC/siRNA), as well as developing shRNAi technology.