However, it said net profit would have increased 62 pct from a year earlier if a staff salary provision totaling 9 bln yuan is excluded.

China Construction Bank is scheduled to release its audited 2007 results on April 12.
Melden

Mainland media reported that the takeover deal has been approved by Xingfu Life shareholders but is still subject to regulatory approval.

Xingfu Life is 55.22 pct owned by China Cinda Asset Management Corp (AMC), one of the four asset management companies set up by the Beijing government to help major state-owned banks get bad debts off their books.

The insurer was launched in November 2007 with registered capital of 1.16 bln yuan, making Cinda the first state-owned AMC to open an insurance unit.

For the year
(in millions RMB）


1.Calculated by excluding the effect of the tax exemption in 2005 granted by the People’s Republic of China (“PRC”)government in relation to the restructuring of the Bank from the net profit.
2.Calculated by dividing adjusted net profit by the average of total assets as at the beginning and end of the year.
3.Calculated  by  dividing  adjusted  net  profit  attributable  to  shareholders  by  the  weighted  average  of  total  equity attributable to shareholders for the year.
4.Calculated in accordance with the guideline issued by the China Banking Regulatory Commission (the “CBRC”) and the consolidated financial statements prepared in accordance with the Accounting Standards for Business Enterprises, the Accounting Regulations for Financial Enterprises (2001) and other relevant regulations issued by the Ministry of Finance of the PRC (the “MOF”) (collectively the “PRC GAAP”).
E-mail Alert Service:
Subscribe to the China Construction Bank Corporation Current Category Alert Service. As a subscriber, you will receive tan e-mail alert whenever this type of company information is added to this Website.

As of 12:00 AM ET 7/28/09China Construction Bank (SEHK: 0939, SHSE: 601939), which granted fewest loans among the Big Four lenders in the nation in the first half of 2009, proposed that it aimed to support the national economic growth and avoid too many loans at the same time in the second half of this year, in attempt to curb possible assets quality drop because of rapidly rising loans.

Spokesperson of the lender said during an interview that new renminbi loans granted by the bank in the first half of this year reached CNY 708.5 billion, taking the fourth place in the Chinese banking industry and the highest level for years.

KUALA LUMPUR: Trading in Cycle & Carriage Bintang (CCB) was suspended at 11.25am on July 30 ahead of the announcement of its second quarter results ended June 30.

"CCB intends to make announcements pertaining to its second quarter results ended June 30, 2009 and declaration of interim and special dividend on July 30, 2009," it said.

The suspension would also be for the afternoon session until 5pm.

FirstRand, struggling with rising defaults and a recession at home, is stepping up its expansion into Africa under newly appointed CEO-designate Sizwe Nxasana.

He said the tie-up would allow FirstRand Bank and CCB to participate in large transactions and investment opportunities expected to emerge in Africa, where resource-hungry Chinese companies are investing heavily.

FirstRand is competing with Standard Bank, which is 20 percent owned by Industrial and Commercial Bank of China (ICBC), and which has used the tie-up to pursue deals aggressively in the rest of Africa.

The proposal could see CCB paying out RM90.7 million to its shareholders as specvial dividends, even though it reported a 63.6% decline in net profit for the second quarter ended June 30.
schaun mer mal
Melden

KUALA LUMPUR: Asian markets rallied in early trade on July, with BCHB and Sime Darby among the major gainers, as investors' sentiment was given a boost on expectations of a RM10 billion unit trust fund to be launched on July 31.

Prime Minister Datuk Seri Najib Razak announced the establishment of the Amanah Saham 1 Malaysia (AS 1 Malaysia) fund consisting of 10 billion units on July 11 on the occasion of his 100th day in office.

Handal, which was listed yesterday, extended its gains, rising 18 sen to RM1.34 with 11.2 million shares done.

The coupon rate will be increased by 300 basis points if the bonds are not called after the non-call period expires, said IFR Asia, a Thomson Reuters publication.

CCB, the country's second-largest lender by assets, last tapped the domestic market with a 12 billion yuan 10-year bond issue at 3.2 percent and a 28 billion 15-year issue at 4.0 percent in late February.

The coupon rates of those securities will rise by 300 basis points if the bonds are not called after the non-call period expires after the fifth and tenth anniversaries, respectively.

Those tranches were quoted at 3.87 percent and 4.698 percent in the market, reflecting worries about tightening monetary policy and inflation, it said.

Citic Securities will be the bookrunner for the deal with CICC as the joint lead manager.

Lianhe has rated both the bank and the issue 'AAA'. 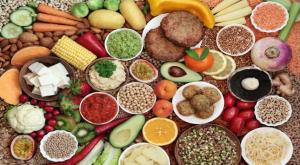