Aixtron purpose of this thread

"So, I think what'll happen here and if you take a step back, in Durham alone, we put in over a 100 tools in the last year to support higher demand"

Interesting news in the SIC space overnight with On Semi acquiring GTAT for 415m $.

Not sure if GTAT generates significant sales at this moment so the valuation is arguably high. Shows that industry players focus more on more on SIC while I remember that 2 years ago Sic and it’s future was still strongly debated.

Positive for SIC sentiment and thus Aixtron and PVA!

Interesting move in the stock today, intraday at -8%. I think its a nice little buying opportunity and interestingly the stock has fallen back to the level of 1-2 weeks ago on no news.

The underlying business remains very strong in my opinion and 2022 shapes up to be a decent year as well. So with good Q3/Q4 ahead I think the stock may continue to move higher if you have some patience.

a very interesting Bloomberg Article on Chinese companies continuing their massive spending plans on gaining Chip Independence from the USA - a theme I have flagged over 1 year ago and that I think is in full swing with Aixtron and PVA Tepla being major beneficiaries as they deliver crucial technology.

@CWL: Do you know SMIC? Anything to add wrt to Aixtron? Do they need Aixtron tools or is ASML etc more in focus?

By Bloomberg News
(Bloomberg) -- Semiconductor Manufacturing International
Corp. aims to spend $8.87 billion building a new plant on the
outskirts of Shanghai, a major expansion in capacity at a time
China’s trying to build a world-class chip industry.
SMIC has signed an agreement to establish a 100,000 per-
month wafer plant in the Lin-Gang Special Area, a free trade
zone run by the city. The facility will focus on more mature
technology of 28 nanometers or older, the company said in a
filing. It plans to set up a joint venture with registered
capital of $5.5 billion with Shanghai’s government to oversee
the project, of which the company will own at least 51%. SMIC’s
shares jumped as much as 2.7% in Hong Kong and 4.8% in Shanghai.
The envisioned plant comes on top of a $2.35 billion
factory SMIC’s planning for south China’s Shenzhen that will be
able to make as many as 40,000 12-inch wafers per month.
Together, the projects represent an effort to shore up its lead
in domestic chipmaking while furthering the country’s broader
chip ambitions. The Shanghai facility’s mature-node chips could
be targeted at the auto-making industry, which is struggling
with an endemic shortage of the semiconductors they need to
power electric vehicles and in-car systems.
Shanghai-based SMIC is China’s best hope for gaining clout
in advanced chips used in devices from smartphones to base
stations. Its capacity and technical know-how are crucial to
helping Beijing overcome a U.S.-led effort to curb its tech
ambitions. But the company has been unable to get key machinery
to keep advancing its technology, after the U.S. placed it under
sanctions last year on national security grounds.
Read more: Xi Taps Top Deputy to Lead China’s Chip Battle
Against U.S.
Beijing is moving swiftly to cut a dependence on the West
for crucial components like chips, an issue that became more
urgent after a global shortage of semiconductors worsened during
the pandemic.
Chinese President Xi Jinping has tapped close confidante
Liu He, the economic czar whose sprawling portfolio spans trade
to finance and technology, to spearhead the development of so-
called third-generation or compound semiconductor chip
development. He’s now leading the formulation of a series of
financial and policy support for the technology, Bloomberg News
has reported.
SMIC’s newest plant will be built in a free-trade zone in
the southeastern suburbs of Shanghai, an enlargement of the
tariff-free areas Xi originally approved to attract foreign
investment and trade. The company is expanding because its
existing plants are running at or close to full capacity and its
executives are counting on being able to procure equipment to
make chips based on more mature technologies, despite U.S.
sanctions.
Melden

Thnaks for sharing it with us.

just a quick (and sad) info that Baggo MH asked me to place in the forum here:

He is currently blocked from the Forum and can thus no longer participate here at the moment.

No idea why, but that explains why he is not active at the moment. I hope he can solve the issue in the short-term.

In Germany the worlds largest Auto trade show, IAA, just started and so far there are some articles that showcase the adoption of SIC in the industry, for example see ZF or Bosch below.  Supports the view that SIC ramp up is coming over 2022/23. Regards, Fel

Sorry for spamming, but more news on SIC that support my thesis that the industry is really starting to organise itself ahead of volume ramp over the next years. Here a press release from Applied Materials.

Maybe others like @Baggo, DLG or CWL can add more expertise?

One 6" SiC wafer produces chips for 6 electric vehicles according to the chairman of Foxconn which is moving into SiC manufacturing.

The projected total number of 2025 EV's is 20 million. If we assume a G5 WW produces 16 six inch epi wafers per day, by then the industry would need about 600 G5-equivalent tools to meet that demand.

This is only for SiC chips on cars. It does no include SiC for all other applications.
Melden

one six inch wafers for 8 EV's according to Foxconn.
Melden

excellent research once again, thank you!

Have you got any idea about the timeline behind their decisions? Do I understand correctly that so far they are not active in SIC? If they are not, it would mean that they have to decide for Aixtron or Tokyo Electron equipment (or maybe both to run dual sourcing).

Given Chinas progress in EV's one should really expect them to place first orders relatively soon in order to follow the market quickly, dont you think?

Would be interesting to read and discuss more about Foxconn.

All the best!
Fel
Melden

Hi all - Ariva has fixed my login problems

as I was watching from outside I discovered that this thread can be viewed and accessed from outside.

The 6" plant would be purchased by the end of the year.  There is no timeline mentioned but certainly time is the essence of catching this SiC ramp.

There are a lot of SiC activities.  It takes a long time for auto qualification.  Therefore the initial epi tools have to be installed at the IDM's and/or their epi suppliers  very soon to meet their qualification timelines to the auto makers which are pushing out EV's ASAP.  For Aixtron it has to get the G5 WW C in now for the qualification phase.
Melden

Showa Denko is an early customer of Aixtron on G5 WW for SiC epi wafers:
www.aixtron.com/en/investors/...de%20Production%20System_n338

Rohm and Infineon are IDM's (Integrated Device Manufacturer) and have their own SiC epi wafer capability.  However, they also rely on outside SiC epi wafers providers like Showa Denko, CREE, etc.

Demand for telecom base stations, converters, and charging stations is creating demand for components and devices powered by third-generation semiconductors GaN and SiC.

According to TrendForce, the GaN power market will undergo the highest magnitude of growth with revenues for 2021 to reach $83 million, an impressive 73 percent YoY increase. Going forward, annual GaN power devices revenue is expected to grow at a 78 percent CAGR and reach $850 million in 2025.

TrendForce finds that about ten smartphone OEMs have released more than 18 models of smartphones equipped with fast charging capability, while notebook manufacturers are also indicating a willingness to adopt fast charging for notebook computers.

Annual SiC revenue, on the other hand, is expected to grow at a 38 percent CAGR and reach $3.39 billion in 2025, with NEVs, solar power generation/storage, and charging stations representing the top three largest source of SiC power device consumption, at 61 percent, 13 percent, and 9 percent, respectively. For the NEV industry, in particular, SiC power devices are most widely used in powertrain inverters, OBCs (on board chargers), and DC-DC converters.

IDMs from Europe, the US, and Japan control substrate supply

Due to their relative difficulty in epitaxial growth and the fact that the industry is moving from 6-inch towards 8-inch substrates as the mainstream, third-generation semiconductor GaN and SiC substrates are 5-20 times more expensive to manufacture compared to traditional 8-inch and 12-inch Si substrates.

Most substrate materials are, at the moment, controlled by major IDMs as US-based Cree and II-VI, Japan-based Rohm, and Europe-based STMicroelectronics. In response to this, certain Chinese suppliers, including SICC and Tankeblue, have successively entered the substrate market with the support of China's 14th five-year plan, with an aim to accelerate China's goal of semiconductor self-sufficiency.

Although substrate suppliers from Europe, the US, and Japan enjoy an early presence in the market and possess relatively mature process technologies, TrendForce believes that Taiwanese suppliers still hold certain competitive advantages.

For instance, not only do Taiwanese companies have vast experiences in silicon development, but Taiwan is also home to a comprehensive upstream/downstream silicon supply chain. In addition to these aforementioned advantages, Taiwan is further aided by policies that promote domestic material supply, design, and technological development. Taiwan could therefore achieve its goal of becoming a centre of advanced semiconductor fabrication that derives its strength from a gradually maturing front-end substrate and epitaxy industry chain, as well as mid- and back-end competencies in chip design, manufacturing, and packaging.

Strong orders, demand not cooling off. I dont know the company but it seems that there is some cross-read to Aixtron etc given they talk about "next generation semiconductor devices".

ASM today also announces that the order intake in Q3 2021 is expected to exceed previous guidance.

Some interesting slides on Semi Capex spending, forecasts and applications in their IR presentation as well:
www.asm.com/Downloads/2021_Q2_Investor_presentation.pdf

US memory player Micron reported last night with the sales guidance below expectations (guide 7.65bn vs consensus at 8.6bn) and stock -4% as a result.

Unlikely that this is a direct read-x to Aixtron but I note that there have recently been concerns in the market that we are reaching the peak level in Capex for the semi industry. Aixtron (as capex customer) should hopefully be different given the shift to "next gen" semis, but nevertheless it is important to be aware of the market concerns for the sector overall.

For Aixtron, analysts currently expect 8.6% sales growth for 2022 to € 466m and 107m EBIT (23% Margin). On these estimates the stock currently trades on 20x EBIT which is in-line with its historic valuation (range of 17-23x). So in essence we have to hope for further strong orders/revenue growth in 2022 to drive the stock price further. Given that we stand at the early stage of GAN/SIC/Micro LED adoption with 3D sensing and datacenter/telco remaining stable contributors and 5G the wildcard, I would hope/think that top-line growth remains stronger than 8.6%.. but its hard to say!

Many thanks for all your valuable updates, fel! I will try to provide my feedback in the next couple of days.

In terms of news from the industry, we also had the ASML investor day this afternoon, press release and presentations can be found here: www.asml.com/en/investors/investor-days/2021
Melden 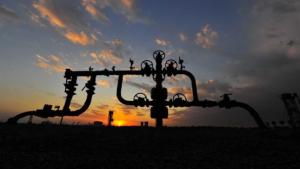