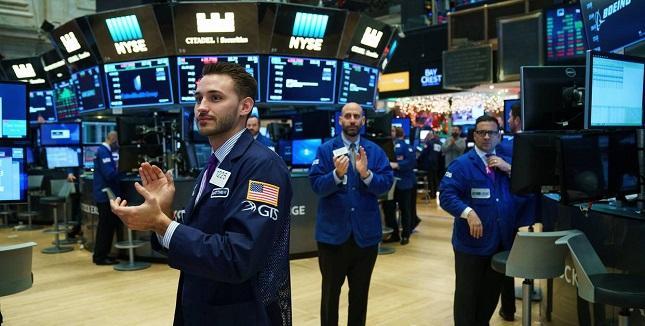 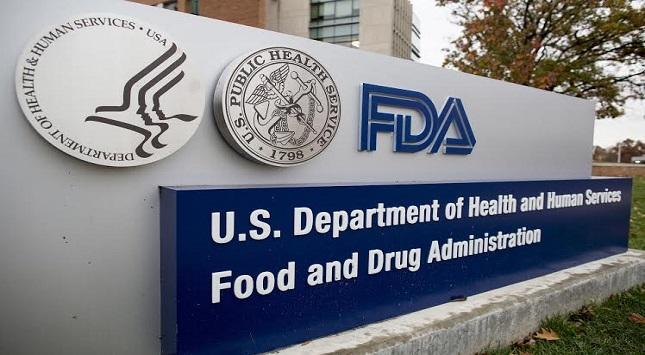 fünf jahre später auf zu neuen hochs...
Most psychiatrists or analysts are a waste of time

MARLBOROUGH, Mass. & MALAYSIA--(BUSINESS WIRE)--3Com Corporation (Nasdaq: COMS), today announced that it has won a tender to supply the Malaysian Administrative Modernisation and Management Planning Unit (MAMPU) with its portfolio of next-generation, H3C high-end multi-service routing switches. The MAMPU contract was won over bids from two of 3Com’s closest competitors.

Under the agreement, the H3C multi-service routing switches will be used to upgrade MAMPU’s Putrajaya Campus Network (PCN), an exclusive network connecting all government agencies in the Federal Government Administration Centre in Putrajaya.

The new H3C-based network will support high bandwidth integrated services including Multiple Protocol Label Switching (MPLS), IPv6, network security, network port virtualisation, and high-availability virtual core switching. This will enable users to access shared Web services and collaborate more effectively.
“MAMPU’s selection of our solutions after a rigorous evaluation process, which included a highly successful poof-of-concept, is evidence that 3Com can be counted on to transform and shape the computing experience of more than 32,000 users from 80 ministries and agencies now using the PCN. We are proud to become a key partner in MAMPU’s bid to streamline Malaysia’s civil service, and look forward to helping them leverage technologies that will bring tangible benefits to their operations,” said Marcus Lai, 3Com’s country manager for Malaysia.

To ensure MAMPU gets maximum return on investment from the deal, the local 3Com team and its partners will train PCN users, deliver professional services, and provide 24x7 onsite maintenance response for two years. In addition, MAMPU will also be able to save on energy costs as the H3C 7500E equipment is designed with advanced silicon technology that uses up to 60 percent less power than previous generation equipment.

Copyright© 2009 3Com Corporation. 3Com, the 3Com logo, H3C and TippingPoint are registered trademarks of 3Com Corporation or its wholly owned subsidiaries in various countries around the world. All other company and product names may be trademarks of their respective holders.
Contacts
3Com Corporation
Kevin Flanagan, 508-323-1101
kevin_flanagan@3com.com
or
Lois Paul & Partners for 3Com
Beth Cossette, 781-782-5715
beth_cossette@lpp.com

The Banco Popular Group Awards 3Com the Contract for Network Switches in its More Than 2,200 Offices Throughout Spain


MARLBOROUGH, Mass.--(BUSINESS WIRE)-- 3Com Corporation (Nasdaq: COMS) today announced that it has been selected by Banco Popular Group as the approved provider of enterprise network LAN switches for its 2,255 offices throughout Spain. Banco Popular, the third biggest Spanish bank, has 6.7 million customers.

The new 3Com network infrastructure will enable the bank to increase its focus on its customers by providing a more reliable converged network between all its offices. In the selection process, the bank opted for 3Com as it offered the scalability and performance necessary for applications to function properly. Extensive testing confirmed that the features, functionality and overall cost of 3Com's solutions satisfactorily met the bank's requirements.

"3Com is proud to support the Banco Popular Group in its mission to provide the highest quality service to its customers," said Ron Sege, president and COO of 3Com. "In today's current economic environment, smart customers such as Banco Popular are taking a close look at their networking vendors with an eye toward reducing the cost and complexity of building enterprise networks. Our 3Com and H3C enterprise networking portfolios are designed to help customers lower their total networking costs without compromising performance, security and reliability."
Banco Popular will replace its current switches with a network consisting of stand-alone 3Com(R) Switch 4210 PWR Power over Ethernet (PoE) switches and stackable 3Com Switch 4500 PWR PoE switches, allowing Banco Popular to take advantage of more benefits at less cost. 3Com engineers have worked together with Banco Popular to ensure that the 3Com solutions exactly meet the financial institution's needs.

This news release contains forward-looking statements made pursuant to the safe harbor provisions of the Private Securities Litigation Reform Act of 1995. These statements are neither promises nor guarantees, but involve risks and uncertainties that could cause actual results to differ materially from those set forth in the forward-looking statements, including, without limitation, risks detailed in the Company's filings with the SEC, including those discussed in the Company's quarterly report filed with the SEC on Form 10-Q for the quarter ended February 27, 2009.

June 08, 2009 02:29 PM Eastern Daylight Time
Quinnipiac University to Deploy Core-to-Edge H3C Networking Solution from 3Com to Serve 3 Campuses and 8,000 Students, Faculty and Staff
Breadth of Portfolio, Low TCO and the Company’s Focus Were Instrumental in the Choice of 3Com and Its H3C Products

Based in Hamden, Conn., Quinnipiac has been rated among “America’s Best Colleges,” by U.S. News & World Report and as one of the “Top 20 Wired Colleges” as ranked by PC Magazine and the Princeton Review. At the heart of Quinnipiac is its commitment to teaching and collaboration—and leading-edge technology such as 3Com’s H3C solutions to support it. The university distinguishes itself with state-of-the- art facilities including the Terry W. Goodwin '67 Financial Technology Center and a fully digital high-definition broadcast studio. It is also home to the nationally renowned Quinnipiac University Polling Institute. Quinnipiac offers 52 undergraduate and 20 graduate majors and a JD program.
Fred Tarca, associate vice president, Information Services, says tremendous growth in campus facilities, student enrollment and networked applications created networking challenges for Quinnipiac. The university has seen its key applications base grow tenfold during the past decade from six to about 60 enterprise-class applications—including a learning management system, video services, institutional ERP and a robust portal system—served out of its data center.

“Our challenge is to deliver application services anytime, any place, anywhere to a very demanding population,” said Tarca. “Five or six years ago, we were able to tolerate small amounts of downtime.

But as the university has become so dependent upon the electronic delivery of applications and services, high-availability is paramount as we work to deliver the level of service end users expect. If we are down now for even a few minutes, it’s extremely noticeable. That’s why we chose 3Com to build a high-availability network. We’re expecting this new network will blend into our complex environment flawlessly and take care of itself so we can focus on our business—providing our students with a high-quality education.

“Quinnipiac University is joining enterprises around the world that are realizing the benefits of 3Com’s H3C enterprise networking solutions,” said Alex Dobson, vice president and general manager, North America, for 3Com. “Quinnipiac needed a ‘no-compromise’ LAN infrastructure to complement its campus-wide wireless infrastructure. Our H3C solutions deliver the reliability, performance and security the university needs to ensure its entire network is available for students, faculty and staff at all times at a total cost of ownership that other vendors can’t match. And our experienced, responsive and knowledgeable sales and support teams worked to become trusted advisors to the Quinnipiac team by listening to them and delivering the right solutions to meet their needs now and in the future.”

Tarca said, “We needed to keep costs down while not compromising on network performance, reliability and security. We chose 3Com because we wanted to work with a vendor that delivers excellent products at a very competitive price with outstanding support. 3Com exceeded those criteria and its customer-oriented sale team and management focus took special interest in ensuring that the hardware, software and services would work in our environment. We felt very comfortable choosing 3Com based on its H3C enterprise networking portfolio. We were already using 3Com Tipping Point solutions and we were aware of the strength of the company and the responsiveness of its people who are clearly committed to our success. Extending our relationship with 3Com to include their core products was easy.”

Quinnipiac is deploying several H3C® S9500 core switches and more than 100 H3C S5500G edge switches from 3Com among its three campuses. The H3C IMC will manage the network including its robust wireless network that serves student housing and other facilities. Quinnipiac also is relying on a number of 3Com services, including project management, deployment and migration, to ensure the new network is ready to perform as expected on day one.

Quinnipiac is a private, coeducational, nonsectarian institution located 90 minutes north of New York City and two hours from Boston. The university enrolls 5,600 full-time undergraduate and 1,900 graduate students in 52 undergraduate and 19 graduate programs of study in its School of Business, School of Communications, School of Education, School of Health Sciences, School of Law, College of Arts and Sciences and College of Professional Studies. Quinnipiac consistently ranks among the top universities with master’s programs in the Northern region in U.S. News & World Report’s America’s Best Colleges. The 2009 issue of U.S. News and World Report’s America’s Best Colleges named Quinnipiac as the top up-and-coming school with master’s programs in the North. Quinnipiac also is recognized in Princeton Review’s The Best 368 Colleges. For more information, please visit www.quinnipiac.edu.

This news release contains forward-looking statements made pursuant to the safe harbor provisions of the Private Securities Litigation Reform Act of 1995. These statements are neither promises nor guarantees, but involve risks and uncertainties that could cause actual results to differ materially from those set forth in the forward-looking statements, including, without limitation, risks detailed in the Company's filings with the SEC, including those discussed in the Company's quarterly report filed with the SEC on Form 10-Q for the quarter ended February 27, 2009. 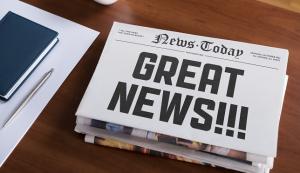