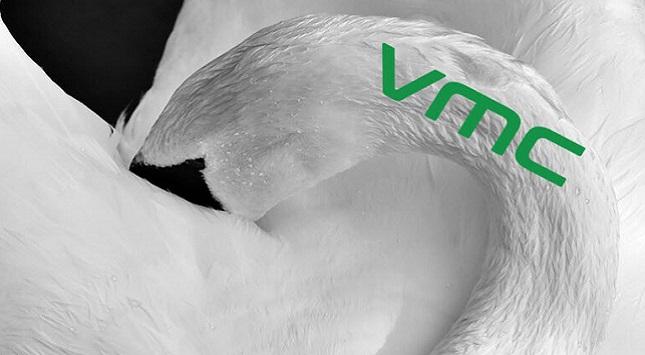 VANCOUVER, Jan. 21 /CNW/ - Golden Peaks Resources Ltd. (TSX: GL - News; the "Company") is pleased to provide an update on its Cerro Delta Project, La Rioja Province, Argentina. The Company is currently awaiting approval of its environmental impact study (EIS) for the upcoming diamond drilling program on the project. Company and Government officials are presently on site and drilling will commence once all permits have been received.

Cerro Delta is a porphyry gold-copper system. The company has recently received and reviewed the completed geophysical report on the Pole-Dipole IP/Resistivity and Ground Magnetic Surveys completed by Quantec Geoscience Argentina S.A. The new imagery clearly shows large scale porphyry and associated structural targets coincident with anomalous surface gold values. Drill targets have been selected for testing with widely spaced holes. Once the broad extent of the system has been established a tighter drill spacing will be used to establish the distribution of higher and lower grade mineralization in the system.

The Cerro Delta project is located in the Maricunga gold district of Chile/Argentina (42 million ounces of gold discovered to date). The drill targets lie on the same structure that hosts the Cerro Casale deposit, which is located approximately 20 km to the west. According to Barrick Gold Corporation the Cerro Casale deposit is one of the world's largest undeveloped gold and copper deposits. A pre-feasibility study on Cerro Casale is expected by about mid-2009.
(Ref.: http://www.barrick.com/GlobalOperations/Projects/...sale/default.aspx)

The statements herein that are not historical facts are forward-looking statements. These statements address future events and conditions and so involve inherent risks and uncertainties, as disclosed under the heading "Risk Factors" in the company's periodic filings with Canadian securities regulators. Actual results could differ from those currently projected. The Company does not assume the obligation to update any forward-looking statement.

VANCOUVER, May 7 /CNW/ - Golden Peaks Resources Ltd. (TSX: GL - News; the "Company") is reviewing the geology, geophysics and geochemistry of the G deposit prior to the proposed diamond drill program.

The roots (?) of the high grade vein systems were identified by a CSAMT survey. Also, high grade gold-rich quartz veins have been intersected in drilling.

http://www.goldenpeaks.com/i/maps/Gzone-LongSection.jpg
There is a strong probability to expand the gold deposit in this immediate area and especially in the high impact gold targets immediately below the G deposit.

The statements herein that are not historical facts are forward-looking statements. These statements address future events and conditions and so involve inherent risks and uncertainties, as disclosed under the heading "Risk Factors" in the company's periodic filings with Canadian securities regulators. Actual results could differ from those currently projected. The Company does not assume the obligation to update any forward-looking statement.

At a directors meeting held subsequent to the Meeting, the directors appointed Mr. Scott Emerson as Chairman, Mr. Kieran Downes as President and Chief Executive Officer and Mr. Harvey Lim as Chief Financial Officer and Secretary.

On October 6, 2009 the Company announced a brokered financing to place 4,000,000 units at a price of $0.51 per unit with the warrant priced at $0.64. Insider participation in this financing was established at 163,461 units. The Company and the TSX have agreed that insider pricing for this financing be increased to $0.52 per unit with the insiders&#39; warrant exercise price increased to $0.65.

In Argentina, at the Company&#39;s La Fortuna Gold Project, plans are under way for the upcoming work season. Over the last two months, in preparation of the upcoming drill program, the Company has:

-  Obtained all the necessary drilling and environmental permits.

-  Re-initiated its baseline studies to meet its environmental
regulations during drilling. In 2005 the Company initiated an ongoing
baseline environmental monitoring program. The results of this program
continue to indicate the Company&#39;s activities are within the permitted
standards. This work is being done in anticipation of future
development.

-  The Company is completing reclamation, road repairs and drill pads in
preparation for the drilling program.
The Company looks forward to resuming work on the La Fortuna Gold project.

The statements herein that are not historical facts are forward-looking statements. These statements address future events and conditions and so involve inherent risks and uncertainties, as disclosed under the heading "Risk Factors" in the company&#39;s periodic filings with Canadian securities regulators. Actual results could differ from those currently projected. The Company does not assume the obligation to update any forward-looking statement. Under a letter of intent announced Wednesday, Golden Peaks will issue 62.7 million shares to the securityholders of Reliance, who will then own about 57 per cent of the combined company post acquisition.

Golden Peaks shares were up two cents at 67 cents Wednesday afternoon on the Toronto Stock Exchange.

The proposed acquisition is subject to a number of conditions, including due diligence, regulatory approval and the approval of Golden Peaks shareholders.

"This is a unique opportunity, Reliance's board and exploration team has a history of success in Indonesia and we look forward to welcoming Reliance shareholders and together continuing to build a gold company," Golden Peaks chairman Scott Emerson said in a news release.

Reliance chairman Gary Lewis described the deal as "a great opportunity for Golden Peaks' shareholders to gain access to one of the world's most exciting gold exploration and production regions through the acquisition of these highly prospective projects."

The Reliance portfolio is comprised of three exploration projects on Sulawesi Island and two areas on the island of Halmahera, 70 kilometres north of Newcrest Mining's high-grade, profitable Gosowong gold mine.
Melden

Theindonesiatoday.com - Golden Peaks Resources Limited (TSX:GL) is in the final stages of completing its 100% acquisition of Reliance Resources Limited (Reliance), and upon completion of the transaction, the company will own a 75% interest in the Tanoyan Gold Project on Sulawesi Island Indonesia.

The company is also pleased to confirm that Reliance has commenced drilling at the Tanoyan Project (Figure 1) after extensive site work and preparatory activity which has been ongoing since December 2010 in readiness for this initial 5,000-metre drill program.

This drill program will be the first phase of drilling by Reliance and is designed to expand the initial 43-101 compliant inferred mineral resource of 91,000 ounces announced on January 13, 2011, and is expected to outline further mineralisation with drilling between sections and down-dip from previous exploration by Avocet Mining PLC (Avocet). Their previous exploration on the property included a drill program that totalled 44 diamond drill holes (6007 meters) as well geological mapping, IP geophysical surveys and trenching.

The initial focus of this drill program will be to follow-up high-grade intersections from the previous work to provide a framework for recognizing controls of high-grade mineralisation within the lode systems. Avocet's drilling was too widely spaced to allow modelling of interpreted high-grade shoots.

The company believes the  samples from the diamond drilling programs used in the Mineral Resource estimate are considered to be of good quality and no factors which may have resulted in sample bias are evident. Based on the steeply dipping style of the mineralisation, the interpreted widths recorded at surface are considered to closely reflect the true widths

Reliance has purchased two new diamond drill rigs and will initially use one at Tanoyan and the other at the Palopo Gold Project in South Sulawesi, currently two more drill rigs are on order. The drill rigs will be operated by an Indonesian drilling contrac 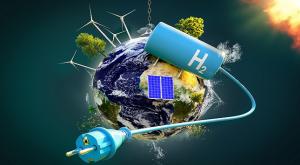