Joe Pass - All the Things You Are
Melden

Hier noch was für Charttechniker: Break on Through

... I want to ask the business media what I need to do to get them to act responsibly...

What's in a Trend?

Just last weekend, I took the business media to task for letting two events establish a pattern in the housing industry. Under normal circumstances, it's bad enough that three statistics or anecdotes qualify as enough to declare a trend in housing or any other industry. But late last year, the business media let two flukish monthly housing numbers give birth to a whole round of articles declaring a bottom to the housing slump.
I pointed this out at the time, of course, and last weekend followed up by dancing on the grave of their misguided assumption, by pointing out how bad January housing numbers were. More important was the larger lesson: It was intellectually dishonest to have said that two numbers could even indicate such a reversal in fortune.

So how did the business media react this week? With contrition [Reue]? With a new awareness?

Nah. With the same old song and dance that will lose unsuspecting investors a lot. As if in open defiance of The Business Press Maven and all he stands for, the business media declared the psychologically important New York City housing market back in action after one good month. What's next? Nothing as an indicator of a trend?

Moreover, this wasn't some obscure article, but one of the most emailed stories of the week in The New York Times. I swear it had the feel of custom publishing for the paper's city base; give your readers what they want to hear and they'll love it. They'll even share it with their friends.

"Since the new year began," the Feb. 19 article begins, "a burst of activity has broken out in Manhattan and several Brooklyn neighborhoods as New Yorkers frenetically hunt for co-ops, condominiums and town houses ..."

Apparently, according to the article, the three largest real-estate companies agreed that in the month of January, the number of signed contracts rose in the double-digits compared to a year before. Plus, there is some, uh, anecdotal evidence of a bunch of people at open houses [open house = zum Verkauf angebotene Immobilie].

I can't dignify much of this with an item-for-item rebuttal. One thing I do want to say is that few journalists realize what experienced stock pickers always learn from mistakenly buying into fool's rallies. Even bad markets -- especially bad markets -- have good, sudden spurts that make a recovery seem to appear by magic. Sure enough, the article was quickly off to the races with lines like "Real estate experts say they see no reason for the trend not to continue." Whenever journalists are reduced to double negatives, you know they are stretching it.

Look, I've long been bearish on the housing market, so you know how I feel long term. If you don't believe me, look at how the demographics, which drove housing as much as interest rates for the past generation, have shifted. Baby boomers are starting to downsize instead of buy. Or, just keep it simple and look at land write-downs, default numbers, the percentage of highly aggressive mortgages out there or, well, the fact that there are still top-of-the-market articles embraced by the public, looking to convince itself of the inconvincible.

The main issue, though, is that as an investor who wants to read the business media well, you have to count how many separate statistics are marking the trend you're having forced down your gullet [Speiseröhre]. Three is bad enough. Two is going to get you in trouble. But one is the loneliest number...
Melden

....I find this final chart the most illuminating of all since it gives the equity bulls all benefits of the doubt. Measured from the very best time for stock investors to buy and encompassing a period of time where the dollar has largely consolidated rather than continue falling, it still shows a serious negative impact on stocks caused by the dollar bear. Roughly 30% of the S&P 500's gains since early 2003 are truly just an adjustment for a lower dollar.

And the big problem here is the secular dollar bear is almost certainly not over yet, it will continue to insidiously erode true gains in US stocks. Not only is the US Federal Reserve continuing to run its printing presses relentlessly to rapidly inflate the global supply of dollars, but Washington continues to meddle worldwide which really irritates foreign investors. These investors are expressing their anger by diversifying out of dollar holdings. The combination of an ever-growing dollar supply at the same time global dollar demand wanes can only result in one thing, a continuing dollar bear.....

I want to thank Tim Herbert for giving me much food for thought. I don't agree with all his points, but, after much thought and chart gazing, I believe he is correct that the migration of bull money from Rydex into ETFs and other instruments is now a significant factor, but it is a relatively recent one. In any case, it does make me have second thoughts about my conclusions in last week's article.
Under this new concept, we are going to have to develop new techniques to analyze the Rydex data. This will not be the first time. As you can see by the chart below, the Ratio has had three distinctive phases and ranges. In the early days the range was very wide because there were fewer assets involved in calculating the ratio. During the bear market the range narrowed, and, when the bull market began, the range shifted lower and was more regular and stable than ever before.
During the period between the beginning of 2003 to mid-2006 the Ratio was a superb measure of extremes in bullish and bearish sentiment. That it was not such a good top picker, is not a weakness that is limited to the Ratio. During bull markets, there are virtually no indicators/oscillators that can reliably identify price tops.

In the next chart we look at bull, bear, and total cash flow. On the Bull plus Sector panel you can see three cash flow peaks followed by cash flow declines that I have emphasized with sloping trend lines. What we are observing here is money going into bull funds, then being withdrawn during the topping process that takes up to several months. Is the withdrawal evidence of money moving into ETFs? That is not a reasonable assumption. Why would a person who is using Rydex bull/sector funds suddenly close profitable positions to open bullish ETF positions?
The first real evidence we have of Rydex bull funds being abandoned for ETFs is the period following the June/July 2006 lows. Note the absence of an upward surge in bullish cash flow associated with the rally. Last week I concluded that this was evidence of a "wall of worry", and that the bulls had not yet accepted the rally. I now believe that conclusion was wrong, and that investors are shunning Rydex bull funds in favor of ETFs. I think this conclusion is borne out by the bottom panel on the chart which shows total cash flow beginning to trend downward.

Finally, notice how in the last few months bull cash flow is declining and bear cash flow is rising. This is a similar pattern to the three prior bull cash flow peaks, albeit much smaller. As in the previous cases, I think this shift is a precursor to a correction or consolidation.
Bottom Line: The Rydex Cash Flow Ratio is probably being influenced by a significant lack of interest by investors in Rydex bull funds -- ETFs now being the vehicle of choice. This shift in emphasis will necessitate our being more cautious in our interpretation of the Ratio until we can see what kind of new pattern, if any, emerges.
Regardless of my personal opinion, we rely on mechanical trend models to determine our market posture. Below is a recent snapshot of our primary trend-following timing model status for the major indexes and sectors we track.
(Verkleinert auf 90%)

He said the U.S. economy has been expanding since 2001 and that there are signs the current economic cycle is coming to an end.


"When you get this far away from a recession invariably forces build up for the next recession, and indeed we are beginning to see that sign," Greenspan said via satellite link to a business conference in Hong Kong. "For example in the U.S., profit margins ... have begun to stabilize, which is an early sign we are in the later stages of a cycle."

"While, yes, it is possible we can get a recession in the latter months of 2007, most forecasters are not making that judgment and indeed are projecting forward into 2008 ... with some slowdown," he said.

Greenspan said that while it would be "very precarious" to try to forecast that far into the future, he could not rule out the possibility of a recession late this year.

The U.S. economy grew at a surprisingly strong 3.5 percent rate in the fourth quarter of 2006, up from a 2 percent rate in the third quarter. A survey released Monday by the National Association for Business Economics showed that experts predict economic growth of 2.7 percent this year, the slowest rate since a 1.6 percent rise in 2002.
Greenspan also warned that the U.S. budget deficit, which for 2006 fell to $247.7 billion, the lowest in four years, remains a concern.

"The American budget deficit is clearly a very significant concern for all of us that are trying to evaluate both the American economy's immediate future and that of the rest of the world," he said via satellite at the VeryGC Global Business Insights 2007 Conference.

Greenspan also said he has seen no economic spillover effects from the slowdown in the U.S. housing market.

"We are now well into the contraction period and so far we have not had any major, significant spillover effects on the American economy from the contraction in housing," he said.
Melden

Transports Move Sharply Lower
By Tony Crescenzi
Street.com Contributor
2/26/2007 11:14 AM EST
§
There is sharp weakness in transportation stocks today, with the Dow Jones Transportation Index down almost 2%. This week's economic news presents challenges for transportation stocks, which might be one of the reasons for the sector's weak performance today.

On Wednesday, for example, last quarter's gross domestic product is expected to be revised down by an unusually large amount, to a 2.3% gain instead of the previously reported 3.5%. On the same day, the Chicago Purchasing Managers index is expected to rise to just 50.0 from 48.8 in January, suggesting flat factory activity. On Thursday, the Institute for Supply Management is expected to also report flat activity, with a reading of 50.0 versus 49.3 in January. Weak data on industrial output is synonymous with weakness in shipping, which is a negative, of course, for the transportation sector.

I would argue that the factory sector is poised to see better activity in the coming months owing to big declines in inventories. This supports the bigger picture on the transports, which have gained in part on this very thesis. 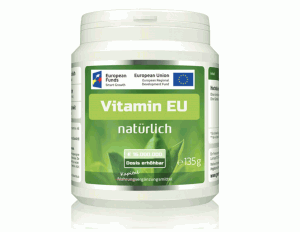