PetroWorth Signs Letter of Intent with Enbridge Gas New Brunswick for Pipeline from Albert County to Moncton
Toronto, Ontario – PetroWorth Resources Inc. (CNSX:PTW) (Frankfurt:T3F) announced today that it has signed a Letter of Intent (LOI) with Enbridge Gas New Brunswick Inc. (“EGNB”). The nine-page LOI outlines specific terms and conditions that will form the basis of a definitive agreement to construct a 22-kilometre pipeline from PetroWorth’s Rosevale Lease acreage to EGNB’s natural gas distribution system, which serves the City of Moncton and surrounding communities.

The pipeline will enable PetroWorth to transport natural gas from its existing E-08 & A-08 wells, pending a successful frac completion at A-08. Once the pipeline is operating, PetroWorth will tie in additional wells from locations within its Rosevale Lease. This will mean that Albert County gas will again be flowing into the Moncton market for the first time in more than 60 years.

The E-08 well was drilled by PetroWorth in November 2007 to a total depth of 1605 metres. Four zones were frac stimulated in July 2008, resulting in a flow rate of nearly one million cubic feet of gas per day and 20 barrels of oil per day at the end of a continuous 120-hour flow test.
The A-08 well was drilled in June 2008 to a total depth of 1932 metres. Petrophysical and geochemical analyses of the well indicate four zones should be frac stimulated, including a 500-metre shale oil and gas zone. Based on these analyses, PetroWorth’s technical team is confident that properly designed and executed fracs of these four zones will generate a significant flow of both oil and natural gas. The frac completion of A-08 is expected to be conducted this summer or fall, depending on the availability of equipment and crew. Construction of the pipeline to the EGNB distribution system will commence soon after a successful completion at A-08.

“This agreement with Enbridge Gas New Brunswick is an important step towards establishing PetroWorth as an oil and gas producer in eastern Canada,” said Neal Mednick, president of PetroWorth. “The pipeline will generate considerable royalty revenues for the New Brunswick government. In addition, bringing Albert County gas to market will result in savings for homeowners and business operators throughout the province through the avoidance of tolls to the Maritimes & Northeast Pipeline.”

Today’s announcement by PetroWorth comes in the wake of Southwestern Energy Company’s successful bid on 1,018,000 hectares (2,519,000 acres) and commitment to
spend $47 million over three years on oil and gas exploration in New Brunswick. Southwestern Energy is the major player in the Fayetteville Shale play in the USA.

“The recent interest in New Brunswick shown by a couple of major petroleum companies reinforces our belief that onshore eastern Canada is on the verge of becoming a new frontier for oil and gas exploration and development,” Mr. Mednick added.

PetroWorth Resources Inc. is a junior oil and gas exploration company with extensive onshore properties in Eastern Canada. The Company has 100% working interests in almost one million acres in nine separate exploration permits on Prince Edward Island, Nova Scotia and New Brunswick. The strategy of the company is to conduct aggressive exploration programs on these permits, both internally generated and through advantageous farm-in arrangements.
Contact: Neal Mednick
President 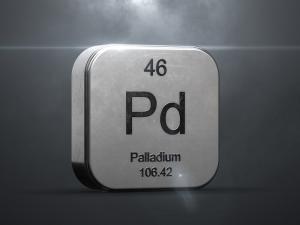