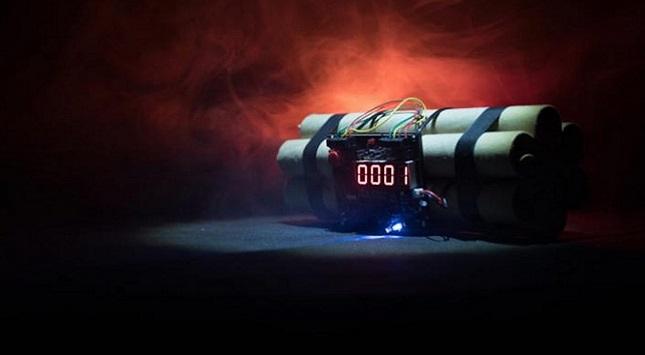 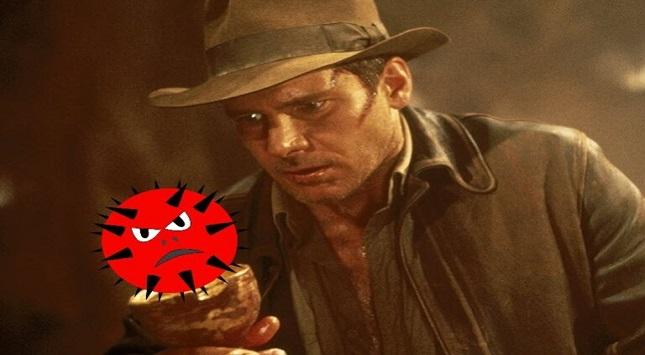 Bush talks of a Christian crusade. Bad religion hides dirty politics
Cristina Odone
Sunday September 23, 2001
The Observer   www.observer.co.uk
Presumably the President's Prayer, unlike the Lord's, wastes no breath on forgiveness, but urges the faithful to bomb the hell out of those towel-heads, Amen! Coming in the wake of his talk about launching a 'crusade', the President's message was clear: God's on our side. Beware the infidel - ie, anyone who does not subscribe to our belief in America the beautiful.
To American ears, this kind of noise is as cosily familiar as Songs of Praise is to British ones. Since President Dwight D. Eisenhower spoke of the 'spiritual weapons' which 'forever will be our citizens' most powerful resource' at the beginning of the Cold War, successive governments have turned Americans' piety into their best defence shield system. Whatever the fight - the pinko commie enemy within, or the Evil Empire of the Soviet Union - the citizens of the world's No 1 superpower can rest easy in the knowledge that, when God's on your team, you've got nothing to fear.
, God was dragged into every aspect of American civic life. In 1954 the words 'one nation under God' were added to the pledge of allegiance with which every child begins their school day. In 1955, Congress mandated the use of 'In God we trust' on all currency; a year later those words became the official national motto.
The same decade saw the emergence of Billy Graham, patriarch of American evangelism, who rushed from sea to shining sea, delivering Bible-thumping sermons that reassured WASPs they were holy (shame about the Jews, the Papists and the 'Mohameddans'). His wild-eyed proselytising was aided by two publishing magnates,William Randolph Hearst and Henry Luce, who puffed the Graham Crusade in their newspapers and magazines.
God was turned into an instrument of national policy, sanctioning every intelligence and military operation. In this way, the murkiest CIA plots and the most senseless military manoeuvres could be given the imprimatur; shady dealings were bathed in divine light.
It's a tactic that, in a nation where the overwhelming majority call themselves believers, works wonders - or at least, helps citizens turn a blind eye to phone tapping and other infringements of their civil liberties; and a deaf ear to the faulty logic of invading Vietnam, say, or Kent University campus.
The American patina of God-speak is about as true a religious statement as some tatty plaster saint in church. The paint and the gold leaf inevitably peel to expose a soulless mould. There's nothing Christian about nuking Afghan civilians, nor spying on American students; just as there is nothing Muslim about hijacking planes and flying them into the twin towers of the World Trade Centre or the Pentagon.
Yet US history has shown that, by appealing to their Christian identity, Americans will accept much that is contemptible, and confuse the ideological with the theological. With this mindset, 'Hallelujah!' amounts to a war cry, and 'Onward, Christian Soldiers' to a latterday crusade. This is bad religion passed off as good.
We should beware Dubya's Bible-thumping. When a US President invokes God, he has something to hide. Bad religion hides dirty politics.
Cristina Odone is deputy editor of the New Statesman

Overnight US strikes leave 20 dead in Kabul
KABUL: American wrath over the worst terrorist atrocities in history was finally unleashed as US and British forces launched air and cruise missile attacks on Taliban targets across Afghanistan.  An onslaught that began after nightfall on Sunday, nearly four weeks after the devastating attacks on New York and Washington, continued throughout the night.
LATEST UPDATES • US, UK warships fire Cruise missiles • Command center at Kandahar destroyed •Huge explosions heard in Kabul •Blair confirms UK troops in Afghanistan •Jalalabad airport destroyed
More than 20 people were killed in Kabul, the Afghan Islamic Press (AIP) agency reported. The Pakistan-based agency said that 10 people had died in the Qasabah Khana neighbourhood near Kabul airport, while more than 10 had been killed near the offices of state-run Radio Shariat.  "There is a possibility that the number of deaths is more," AIP said, without specifying whether the victims were civilians or Taliban.  US president George W. Bush said that the strikes' targets were terrorist training camps established by Osama Bin Laden and the military installations of the Taliban regime.  Taliban officials said that Bin Laden and the Islamic militia's leader, Mullah Mohammed Omar, had both survived what US defence officials warned was only a taste of things to come.  Strikes aimed at crippling the Taliban's defences by destroying anti-aircraft batteries, radar facilities and airfields were spread across the country.  In Kabul, anti-aircraft guns blazed into action three times through the night and AIP reported heavy bombardments of the capital's airport.  Bombing was also reported around the Taliban's southern stronghold of Kandahar, where Bin Laden, the alleged mastermind of the September 11 attacks on the US, has a home.  Members of the anti-Taliban opposition said that the eastern city of Jalalabad, Farah in the west, Kunduz near the border with Tajikistan, and the strategic northern town of Mazar-i-Sharif, where dozens of US helicopters attacked the airfield, had also been targeted.  US defense secretary Donald Rumsfeld announced that the strikes had been accompanied by air drops of humanitarian aid to Afghanistan's beleaguered population, millions of whom are vulnerable to starvation after years of war and drought.  The missions, conducted by 15 long-range bombers on a clear night, came together "like a well-oiled machine," said "Woodstock," lead pilot of the B-52 bombers that took part in the raid.  "My crews didn't encounter any threats that we weren't prepared to deal with, and nothing that put us unduly at risk," said the pilot.  Taliban officals described the action as "horrendous terrorist attacks" but denied that they had done any significant damage.  The Taliban ambassador to Pakistan, Abdul Salam Zaeef, said that the militia would not bow to US demands to hand over Bin Laden, a Saudi-born militant who has been sheltered by the Taliban since 1996.  "Such brutal attacks will unify the whole Afghan nation. The Afghan people will rise against this new colonial attempt," Zaeef said.  The long wait for Washington's retaliation for the worst ever attack on its territory ended around 9:00 pm (1630 GMT) when loud explosions across Kabul and abrupt cuts in electricity heralded the first bombing raid.  Jets could be heard flying high over the city as the night sky lit up with explosions and strings of tracer bullets from Taliban anti-aircraft guns placed around the capital and the surrounding hills.  The attacks began just before the imposition of the regular nightly curfew in Kabul, and residents said that there there was no sign of panic among civilians.  Taliban troops were seen moving around the city in trucks and pick-ups, but as the curfew hour arrived, most residents returned indoors after coming out to watch the attack.
.....Hours after U.S. military strikes, Kabul's markets opened as usual Monday morning and things appeared largely normal around the city as residents emerged from their homes to survey the effects of the attack.
But many shaken residents were trying to make sense of the attacks, which the United States said were designed to cripple the ruling Taliban's air defenses while an international coalition hunts down top terrorist suspect Osama bin Laden
www.timesofindia.com/articleshow.asp?art_id=1603420830
www.timesofindia.com/articleshow.asp?art_id=606858608


und hier der detaillierte Waffeneinsatz von Janes Security:
The attacks mark the second phase of the conflict over terrorism, with the first phase including the application of economic, political, diplomatic and psychological pressure on terrorists and their networks and included the extensive use of intelligence-gathering systems. One of those systems, Jane’s Defence Weekly analysis of video shows, is the RQ-4A Global Hawk high-altitude, long-endurance unmanned air vehicle (UAV), which was fired on by Taliban forces earlier in the week. This marked the first known operational deployment of the Global Hawk.

The US military has also been conducting psychological operations (Psyops) such as leaflet drops and radio programme broadcasts through EC-130E ‘Commando Solo’ aircraft, US Secretary of Defense Donald Rumsfeld confirmed. Psyops are typically begun prior to offensive military operations to help ‘prepare’ the battlefield and generate support from local populations.

Rumsfeld added that the attacks were aimed to "create conditions for sustained anti-terrorist and humanitarian relief operations in Afghanistan". In order to do that, Rumsfeld said, the attacks were necessary to remove the threat of Taliban-controlled anti-aircraft systems and aircraft. The Taliban has "a limited number of surface-to-air missiles" and a greater quantity of manportable air-defence systems", Rumsfeld said. US defence officials added that other targets in Afghanistan were also struck, including military command and control sites and terrorist training camps. The US has pledged $320 million in humanitarian assistance to the Afghan refugees and plans to disperse some of that food aid via high-altitude food drops by C-17 and other aircraft operating out of Ramstein Air Base in Germany. US defence officials say they fear some of those flights could have been threatened by Taliban anti-aircraft systems.

Targets in the Afghan cities of Kandahar, Kabul, Jalalabad and Herat were confirmed struck, while other locations such as targets in Mazar-e-Sharif may also have been hit. The attacks involved 50 Tomahawk land-attack cruise missiles (TLAMs) fired from US and UK ships and submarines in the Arabian Sea, 15 B-1 and B-2 stealth bombers flying out of the continental USA, B-52H bombers launched from Diego Garcia in the Indian Ocean and 25 US strike aircraft based on aircraft carriers, General Richard Myers, Chairman of the US Joint Chiefs of Staff, said. The B-1 and B-2 bombers primarily used ‘smart-bombs’ such as Joint Direct Attack Munitions (JDAMs), while the B-52s were likely to have used Conventional Air Launched Cruise Missiles (CALCMs).

British Prime Minister Tony Blair confirmed that the attacks included TLAMs fired from UK nuclear-attack submarines (SSNs). The UK has two SSNs capable of firing TLAMs -- the HMS Trafalgar and HMS Triumph. Blair added that the UK has also allowed the use of its air base on Diego Garcia and that air assets committed to the operation "will be available for use in the coming days". Canada, Australia, Germany and France have also pledged military support. 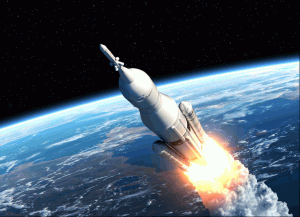