AN FRANCISCO, Nov. 11 - Intel, the world's largest computer chip maker, announced on Thursday that its directors had confirmed the selection of the company president, Paul S. Otellini, as chief executive.

The promotion, which is to take effect May 18, will produce a subtle shift at the top of Intel; Mr. Otellini, 54, who will be the first nonengineer to lead the company, promises to be a kinder, more gentle leader than his last two predecessors.

Intel also announced that Craig R. Barrett, the current chief executive, would take over in May as Intel chairman, a post now held by Andrew S. Grove. Mr. Grove, a prominent figure in Silicon Valley, will leave the board after 30 years, but he stressed in a phone interview that he was hardly retiring from the company he helped start.

"My plan is to be a noodge without portfolio," Mr. Grove said.

The choice of Mr. Otellini as Intel's fifth chief executive came as no surprise to those who pay close attention to Intel. In January 2002, Mr. Otellini was named president and chief operating officer, all but guaranteeing his promotion to the top spot.

"This has been something in the works for a long time, and it's been understood by the Street," said Adam S. Parker, an analyst at Sanford C. Bernstein & Company. "Both are pretty disdainful of the Street, but on the margins, Otellini is more of a business guy, and Barrett is very much of a technology guy, and so I expect Otellini will be a shade more shareholder-friendly moving forward."
Mr. Otellini's appointment is a departure for Intel but at the same time it underscores the company's commitment to tradition. He has been at Intel for 30 years, having joined the company after earning his M.B.A. at the University of California, Berkeley at age 24.

His résumé includes jobs in finance, sales, marketing and design. "At this point, it's hard for me to tell in what ways I've shaped Intel and in what ways Intel has shaped me," Mr. Otellini said in an interview this summer.

Yet Mr. Otellini is best known internally for what insiders refer to as the "right-hand turn" - a departure from the belief among its engineers that their priority was always the development of ever faster, more powerful microprocessors.

Mr. Otellini, starting in 2000, was able to convince the company's top leaders that customers care less about incremental advances in speed and power than about the availability of built-in features like wireless connectivity to the Internet, security measures and richer audio.

Mr. Otellini accomplished that objective, said Andy D. Bryant, Intel's chief financial officer, with a deftness that was missing in his predecessors.

Intel is renowned for the raucous way its executives thrash out disagreements; Mr. Otellini stands out as more soft-spoken.

"Paul can be the coach and cheerleader," Mr. Bryant said. "He can build the consensus. That's his natural style, though I've also seen him say, 'I'm the boss, here's the answer.' "

Mr. Otellini will need those skills - and more - as he prepares to take over a company struggling to excel in a post-PC world in which a proliferation of hand-held gadgets for consumers, like cellphones, cameras and music players, are driving business. The company's foray into the wireless communications market has so far failed to contribute profitably to the bottom line, and last month the company abruptly canceled an effort to enter the market for building chips for television sets.

When directors informed him of their decision on Wednesday evening, "at first I felt in awe, and then I was very excited," Mr. Otellini said. "This is one of the great companies of the world, and for me having that mixture was an interesting reaction."

Mr. Otellini said that having Mr. Grove around was "like having this terrific low-priced consultant available whenever I need him."

Intel To Invest $40 Million In India Over

BANGALORE, India -(Dow Jones)- U.S.-based chip maker Intel Corp. (INTC) Friday said it plans to invest $40 million in India over the next two years at its development center in Bangalore.

"Intel has already made capital investments in Bangalore of over $40 million since January 2003, with plans to spend a similar amount over the next two years," the company said in a news release.

The investments in research and development will be utilized to design Intel's next generation microprocessor chips based on its Intel Centrino mobile technology platform.

Chief Executive Craig Barrett, who is currently visiting India, said the Intel India Development Center "embodies our commitment to increasing our involvement and activities in India as the nation becomes a part of the global hitech economy."

Intel has budgeted $4.7 billion toward R&D expenditure across the world in 2004, the company said. 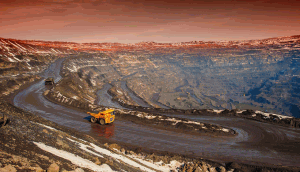