The stocks most susceptible to short squeezes are those with high stock borrow costs and large mark-to-market losses. These are short sellers that are incurring losses while paying a steep premium to stay in those equities. There were only eighteen shorted stocks with over $50 million in short interest with stock loan costs over 10% fee and mark-to-market losses over -5%. Mallinckrodt and Gamestop top this list and are the only stocks with two-week losses over -65% and stock borrow costs over 40% fee and are the prime targets for a short squeeze if their stock prices continue to strengthen.
Melden

Rating Action: Moody's downgrades GameStop's CFR to Caa1, changes outlook to negative. New York, April 22, 2020 -- Moody's Investors Service, ("Moody's") downgraded the ratings of GameStop Corp. ("GameStop") including its Corporate Family Rating to Caa1 from B2, Probability of Default Rating to Caa1-PD from B2-PD, and 6.75% senior unsecured note rating to Caa2 from B3. At the same time, the company's Speculative Grade Liquidity rating was downgraded to SGL-3 from SGL-2. The outlook was also changed to negative from stable. "The downgrade reflects Moody's expectation that given our forecast of lower earnings in 2020 compared to 2019, GameStop's EBIT/interest expense will be below 1.0x, which despite the expected benefit of the launch of new consoles could make it difficult for GameStop to refinance its unsecured notes that mature in March 2021 on economic terms," stated Pete Trombetta, AVP-Analyst at Moody's.
Melden

New Xbox on schedule but game production may be slowed by coronavirus, Microsoft exec says
Melden

Sony's Jim Ryan: “We are going to launch PS5 this 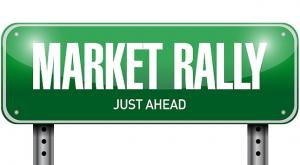