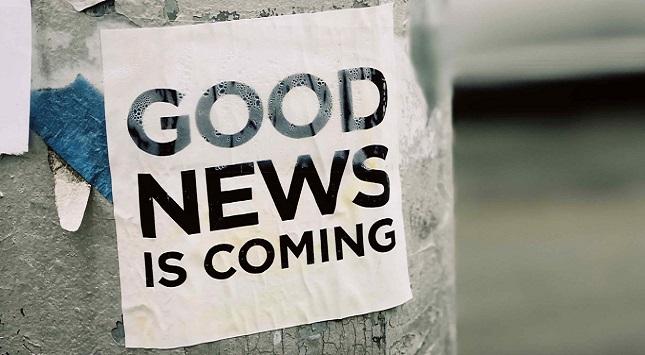 "...In the near-term supply chain, Lumentum, a US-based chip manufacturer that uses Face Laser (VCSEL) for face ID 3D sensing, has received instructions from Apple recently requesting Apple to be used for terminal devices by the end of 2019. The rear lens is used for time difference ranging (ToF). If the addition is expected to extend at least to the 2020 structured light Face ID scheme, a mobile device will use three VCSEL components..."

There is an English version probably available tomorrow at Digitimes.

This article states the investment of Samsung in organic deposition equipment of Canon Tokki.
No words about Apeva.

Also:
"The road map for August is going to be released as soon as possible".

I wouldn't go for early conclusions here. CWL1 mentioned a necessary component is only producable with VTE and Canon Tokki was the favorite for at least that component.
Melden

Ericsson reported stronger than expected Q2 results today. CEO sees strong momentum on 5G side of the business, even so strong that they are expanding production capacity. So 5G is clearly starting to ramp-up as an end-market - that should be positive for Aixtron in my view.

"To ensure we meet customer requirements for fast and agile deliveries, we have decided to invest in a state-of-the-art 5G production site in the US to complement our global supply chain."

"5G momentum is increasing. Initially, 5G will be a capacity enhancer in metropolitan areas. However, over time, new exciting innovations for 5G will come with IoT use cases, leveraging the speed, latency
and security 5G can provide. This provides opportunities for our customers to capture new revenues as they provide additional benefits to consumers and businesses. "

ASML reported Q2 in-line with expectations and some growth yoy (2.57bn sales; -6% yoy), however Q3 guidance slightly weaker than expected (3bn vs. 3.2bn expected) but still that shows decent growth of  +17% qoq.. indicating that we may be near the bottom.. as I also interpreted Atlas Copco's Vacuum Tech numbers (but might be wrong).
I leave the interpretation of ASML's CEO statement to CWL1, he is much more in the Tech/Application detail than I am: (Source: www.asml.com/en/investors/financial-results/q2-2019)

"For the remainder of the year we see further weakness in Memory, while Logic looks stronger. We expect that the increased demand in Logic will compensate for the decreased demand in Memory. The additional growth in Logic is driven by accelerated investments in 7 nm nodes and beyond.

Futures of AMAT and LRCX are up sharply this morning in US. They are directly correlated to the wafer fab processing equipment segment. ASML makes the EUV photo lithography equipment necessary for the advanced 7nm and 5nm chip manufacturing.  Aixtron is in the semiconductor chain but more indirectly connected to ASML's segment.  Still, it is good news if AMAT and LRCX rally from ASML's latest results.
Melden

You get a sense that VCSEL is starting its H2 ramp..

Taiwan-based TrueLight, dedicated to providing optoelectronics semiconductors including VCSEL components, is expected to see revenues from shipments of VCSEL devices for smartphone and optical communication applications to surge to 60% as a proportion of company revenues for the third quarter, traditionally a peak season, from 50% in the first half.

The company has been keen to develop the consumer application market for VCSEL since the second half of 2018, having entered the supply chains of major China handset vendors Huawei, Xiaomi, Oppo and Vivo, according to industry sources.

Despite impacts of the US-China trade war, TrueLight's monthly shipments of consumer VCSEL components surged stably to 25-30 million units in the second quarter of 2019 from 15 million units in the third quarter of 2018, thanks partly to handset vendors remaining keen to adopt short-wavelength VCSEL proximity sensors and partly to growing penetration of true wireless stereo (TWS) headphones.

The company's VCSEL shipments will expand further to 35 million units in July and soar to 50 million by the end of the year, the sources said.

TrueLight's short-wavelength VCSEL components can now also be applied to other market segments, including industry control, short-range transmission at 5G base stations, and data storage at datacenters.

Especially since one of Apeva's workspaces is also the place where Samsung plans to build the new OLED line in Asan City.
Coincidence?

is still the largest part (>50%) of Aixtron's business and its prospect in H2 will dominate Aixtron's performance.  APEVA is important of course and Aixtron has a very good shot, but the near term financial impact is very small.  In the Q1 CC, Bernd was very cautious/conservative since the visibility on VCSEL was very limited.  Nobody new what Apple would do and he stated specifically that was waiting to see how H2 would pan out.  I believe the visibility has brightened. Apple is following Androids and making the move into TOF based on yesterday's DIGITIMES article.  We will find out the truth on 7/25.
Melden

We so far only compared VTE with OVPD to produce large OLED screens.

Just hypothetically asking: Why wouldn't they go for ink-jet printing. Is it because of the lower quality of the panels? Or what are the side-effects?

This article mentioned it once and I was curious some days ago, whether the usage of ink-jet printing could be superior compared to OVPD or VTE.
Melden

From what I read and my limited understanding, one of the major problems is that the special organic materials used in ink jet printing need to be dissolved in solvent (liquid) and the resulting films takes long time to dry and have inferior luminescence and lifetime properties compared to those deposited under VTE and OVPD conditions which come from the evaporation of powder (solid).  However, ink jet printing of quantum dots (solid) does not have those issues apparently and is reportedly what Samsung plans to use.  Those pursuing in-jet printing for OLED are looking for low cost but lower quality and shorter-life applications.

Thank you for your detailed answer!

Hypothetically, if we assume an investment for ink-jet and OVPD-VTE together:

So far I am not convinced of ink-jet as longetivity is such an important factor for the consumer.
Melden

LG has taken that approach but I don't know if Samsung will.

"We also continue to advance our work at organic paper jet printing, our novel manufacturing process for mask-less, solvent-less, dry direct printing of large area OLED panels. We're making progress towards our next technological milestones on our path to commercialization. We believe that OVJP can revolutionize the manufacturing of large area RGB side-by-side OLED TV panels."

UDC tested solution based OLED printing with Epson but gave up. UDC lizenzed the OVPD patent use to Aixtron. 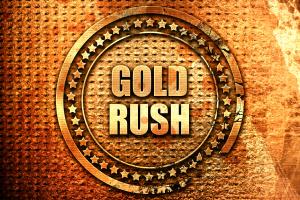