Yahoo Inc. is adding a tool to search computer hard drives as it scrambles to catch up with Google Inc. and stay a step ahead of Microsoft Corp. in the battle to help users sort through gobs of information on the Internet and the desktop.

Yahoo announced the plan late Thursday, but will wait until January to introduce the free tool for searching e-mails and a wide variety of other files stored on computers operate on Windows.

Unlike Google's desktop search tool, Yahoo's won't operate within a browser. The distinction means that Yahoo's desktop searches won't be co-mingled with online searches conducted at its Web site.

The product, licensed from a pioneering startup named X1 Technologies, seeks to cure a common computer-induced headache by making it as quick and easy to find digital information offline as it has become online.

With just 20 employees, X1 has established itself as a trailblazer in desktop search since starting three years ago. The private Pasadena-based company has been charging $74.95 for its search software and plans to continue to license its products to businesses even as Yahoo distributes a version for free.

The rush to develop better technology for scouring computer hard drives reflects a belief that desktop search is an increasingly important complement to online search engines, where advertising has become a major moneymaker.
Yahoo had been widely expected to take this step since Google introduced a hard-drive search tool nearly two months ago. Microsoft's MSN service hopes to introduce a similar product before year's end and Ask Jeeves Inc., which runs several online search engines, plans to unveil its desktop offering next Wednesday.

"Some people may pooh pooh this because Yahoo didn't build it on their own, but this is going to give consumers some really good choices," said Forrester Research analyst Charlene Li.

Both Yahoo and X1 contend it makes sense to maintain a dividing line between hard-drive search and Web search because one quest focuses on recovering old information while the other strives to discover new information.

Yahoo, based in Sunnyvale, Calif., also says its product can sift through more than 225 different data types, including many formats that Google's desktop search can't index yet.

Neither Yahoo nor X1 disclosed financial details of their partnership. Yahoo already had spent about $2 billion to acquire much of the technology behind the online search engine that it introduced earlier this year to compete with Google, which is based in Mountain View, Calif.

"The ultimate vision is to create a dashboard to help people manage their digital lives," said Weiner. 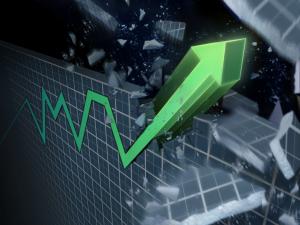