THERE IS NO doubt in my mind that we fools who have religiously watched CBNC over the past three years have lost money in the stock market. My proof comes from the network's ratings. When the Nasdaq zoomed to astronomical highs, CNBC's viewership soared as well. Now, with the Nasdaq in free-fall, we remorseful investors click off the tube. The network of promise has become the network of pain.

History, however, teaches us to behave differently. The more scholarly sages of Wall Street tell us that the 6 percent of investors who buy at the bottom of the market make money and the 80 percent of us who fell for the CNBC daily drumbeat of casino hype -- and bought tech stocks near the top ---- are, simply put, suckers. We suckers are now turning away from what was our favorite feel-good network, disgusted at the sinking value of our once-beloved stocks.

Back during the tech boom, we usually sober and circumspect investors were snookered by CNBC's happy-faced anchors and climbing green ticker tape set to a background of pulsing music. At the dawn of 2000, CNBC was suddenly everywhere. It became the wallpaper network. The familiar gang of personality-plus anchors appeared in offices, kitchens, barrooms, liquor stores and even gas stations. Elevators and gyms were lit up by the dancing ticker tape under those ebullient faces.
Just a year ago, in powerhouse urban centers, sophisticated dinner conversation actually focused on how in the world Joe Kernen's tousled hair and lopsided grin got him a Playboy layout. (In case you don't recognize the name, he's CNBC's wiseacre stock specialist who looks like he's falling off his chair.) Intelligent career women debated whether or not Sue Herera wore too much makeup and speculated as to which Wall Street mogul Maria Bartiromo, the Sophia Loren lookalike, had married. And no one can deny that the boyish charm of Bill Griffeth is infectious, while the broad-shouldered Ted David relates his diet woes in an amusing manner.

WHAT WE HAVE here is a colorful cast of television characters with distinctive personalities and entertaining cross chat. What we don't have is a group of serious business journalists. OK, save maybe Ron Insana with his skeptical and quizzical asides, but overall, as a group, we are talking about a parade of bubbleheaded television readers.

Herein lies the problem: We foolish viewers and equally naive investors attributed some type of critical skill to their performance. What a mistake! The CNBC bubbleheads are simply unquestioning promoters who created a friendly platform for every con artist analyst to come aboard and hawk his or her bogus stock estimates. And were they bogus! The reward for most outrageous performance goes to Walter Piecky, tech analyst for Paine Webber, who issued a BUY on Qualcom at $420 a share with a target price of $1,000! This with a straight face, no less. (Today Qualcom hands on at $61)

The BUY-BUY-BUY mantra of these guest analysts spouted on CNBC would be humorous if we investors hadn't lost so much money. Checking the stats, one now realizes that 98 percent of all stocks mentioned were BUYS with a paltry 2 percent SELLS. What's even more amazing is that, even now the Nasdaq scraping bottom, these charlatan magpies are still crowing BUY, this time on Value stocks, many of which have already hit new 52 week highs!

Of course, what you don't learn from the cheerleader network is that each guest analyst on the show is paid by a brokerage house that makes money off the stock the analyst promotes. (Mary Meeker, tech anlayst for Morgan Stanley made $15 million in 1999 going on CNBC telling viewers to buy Priceline at $165 a share ---- now down to $2.) Along with not bringing these critical behind-the-scene details to the viewer's attention, our happy-faced anchors don't even question those with obviously vested interest in the companies they are promoting. Too often, eager-beaver mutual fund managers come on to pump (and then later dump) stocks they own.

NOW THAT TECH is in the toilet, it is curious how the cheerleader network has changed. When you do hear a "downgrade," it is practically a whisper. Natch. Analysts don't get paid to downgrade a stock, for all we know they probably get a salary deduction. The real joke is that the few downgrades that you do hear come in after the horse is out of the barn. Downgrading a stock that is at a 52-week low, takes brains? Pulease!

The sooner CNBC banishes analysts and the annoying static they create, the better. But there's a fat chance of that happening, because the network relies on them for news. Our happy-faced anchors aren't about to do any investigative reporting and actually give us an objective account of market conditions. Instead, they are too often shills for the financial industry ---- one often known to fleece the investor.

Those of us with long careers in journalism know that traditionally those with the least talent go into biz reporting. It is a place to start, like writing obits.

But now with the brainpower of the baby boomers swerving over to business, thanks to their once-plump IRA accounts, you would think we could get some top-notch biz journalists front and center instead of a lineup of Wall Street manipulators out to pad the pockets of brokers, analysts, fund managers and yes, the silver-tongued anchors.

Viewers beware: Watch at your own risk!

Get ready, get set -- buy!
BY MARTHA SMILGIS
Special To The Examiner

Seasoned veteran investors with money on the sidelines have waited patiently for the activity of these past two weeks. With the Dow dancing down toward 8,000, they are prepared to buy. Just as they knew it was not the time to buy stock two years ago when the Dow tiptopped at 11,700 and the Nasdaq exploded over 5,000, they know that it will soon be the time to buy.

Who are these wise souls? Investors who have been in the business of trading stocks for many years and who have learned from past follies and subsequent pain. Needless to say, they make up a small percentage of the investing public. They are a savvy bunch who have learned to spot the signs of an across-the-board buying opportunity.

The signs are obvious. Biz news headlines are ominous. Bush speaks and the market tanks. The president is rapidly becoming the nation's no-confidence CEO. Granted, the Senate bill to clamp down on corporate malfeasance is encouraging, but the administration's insistence on retaining Harvey Pitt as SEC chief is a sign of tolerance when the business community needs the threat of jail time to shape up.

Although Federal Reserve Chairman Alan Greenspan insists the economy will grow 3.5 percent to 3.7 percent in 2002 and the Fed funds rate will remain at 1.75 percent, he hinted all is not OK. There's a "breakdown of fiscal discipline in Washington," he admitted when questioned about the blooming deficit. It seems Bush and his economic team don't get the simple message Bill Clinton and Robert Rubin ate up like candy: Big debt undermines the stock market. And surpluses (remember that concept?) make investors feel good.

Perhaps the most obvious sign we are fast approaching a bottom was the Dow dropping below 8,300. During the past 10 days, we have double-dipped several times. Historically, bottoms come with or after a double dip. The first dip was Sept. 21, when panic set in after 9/11. The second was last week.

But did "capitulation" actually take place? If capitulation means buying stock for handsome returns without undue risk -- no. To make this happen, stocks must drop further. This week their decline was aborted by hedge-fund managers covering their short positions. This created a "slope of hope," or tepid lifting, of the Dow. The gentle upswing didn't mark the end of the violent capitulation that has occurred at true bottoms in all of the major bear markets going back to the 1930s.

There will be no sustained buying again until a true bottom is hit. Before that time, a palpable fear will prevail. The volume of massive selling will dry up until there are no more sellers, period. The specialists -- the Wall Street Manipulators -- on the floor of the NYSE see this. Valuations will have crashed. Price-to-earnings ratios will be well below 14 in all Dow stocks. At this time, the Manipulators suddenly start buying, hand over fist, for their omnibus accounts. This causes the market to turn up dramatically.

The wild card in this scenario is the Nasdaq, which marches to its own drum. The Manipulators don't control the turning points in the same way they do on the NYSE because the Nasdaq is pure electronic trading.

Moreover, the Nasdaq has bottomed out. Big investors, waiting on the sidelines with cash, are coming to accept that the remaining holders of tech stocks are nut-case believers who refuse to part with their stocks. Like martyrs, they have experienced portfolio death for their beliefs. Because no more of these stalwarts will sell, a valuation bottom seems to have been reached with a notably high P/E.

The focus is now on the Dow, where nervous money is still hiding out. Exactly when capitulation will occur is difficult to predict. But the time is ripe. Any radical event might do the trick. The president declaring war on Saddam Hussein could be the catalyst. Another terrorist attack on the U.S. might send the Dow down a swift 500 points.

Whenever it happens, the Market Manipulators will buy stocks at rock bottom prices. They will begin the steep ascent up the "wall of worry." Only a few small investors will have the guts, money and common sense to join in the super sale. 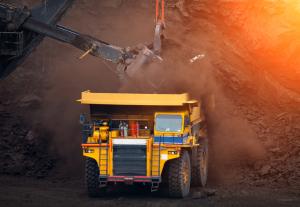