VANCOUVER, BC – March 02, 2016 - SilverCrest Metals Inc. (“SilverCrest” or the “Company”) is pleased to announce that it has started rehabilitation of several historic silver-gold mines at its Las Chispas Project (“Las Chispas”) located in Sonora, Mexico...
http://www.silvercrestmetals.com/news/index.php?&content_id=269
--

VANCOUVER, Sept. 7, 2016 /CNW/ - SilverCrest Metals Inc. ("SilverCrest" or the "Company") is pleased to announce additional drill hole results from the William Tell Vein within its Las Chispas Project located in Sonora State, Mexico. The Las Chispas Project is in a historic silver-gold mining district which presently hosts two nearby precious metal producers. Historic information indicates that of the fourteen historically reported veins at Las Chispas Project, only three veins, the Las Chispas, William Tell and Babicanora, had documented production, which occurred between 1880 and 1930. SilverCrest's initial focus is on these three veins. To the Company's knowledge, these three past-producing veins have not been intercepted by drilling prior to the Company's recently completed initial Phase I drilling campaign. For more information, please refer to our website at www.silvercrestmetals.com.

The William Tell Vein is approximately parallel to the Las Chispas Vein and about 120 metres apart at its midpoint. The William Tell Vein's historical workings appear to advance on strike to a cross cutting fault and then terminate. This fault also cross cuts the Las Chispas Vein beyond which higher grades and continuity are found as previously reported (see news release dated August 2, 2016). The Company believes this fault bound corridor, in both the William Tell and Las Chispas Veins, may be a mineralizing control for a potential high grade zone in both of the vein systems. Four of the seven William Tell drill hole intersections located within the potential high grade corridor display grade continuity greater than 400 grams per tonne ("gpt") silver equivalent* ("AgEq") over estimated true widths of 0.8 to 1.5 metres. Applying a 50 metre radius influence to the four drill hole intercepts, the area covers approximately 300 metres of strike (see attached figure). No historical workings were intercepted in the seven William Tell Vein drill holes.

Two previously unmapped veins were intercepted in drill holes LC16-13 and LC16-16 at the William Tell Vein which reported grades of 888 gpt AgEq* and 723 gpt AgEq* over estimated true widths of 0.9 metres and 0.8 metres, respectively (see table below). These intercepts are new vein discoveries and are interpreted to be in the footwall and hanging wall, respectively.

Dunham Craig, P.Geo., Interim CEO commented, "While we suspected the William Tell Vein would extend to the south, we are very pleased to see this discovery in an area where we did not know what the vein mineralization, location or geometry would be. The high grade continuity in four of the drill holes within the potentially mineralized corridor is very encouraging and we are eager to begin a Phase 2 drilling program as soon as possible to further delineate the strike extension and depth. In addition, the discovery of two new vein intercepts grading above 700 gpt AgEq*, combined with all of the results received to date from drilling and underground channel sampling, reiterate a possible discovery of a district-wide area play. The crew in Mexico continues to gain further access within the estimated 11.5 kilometres of historic underground workings in both the Las Chispas area and Babicanora area for mapping, sampling and future drilling program design. We expect to report on further drill results and underground activities over the coming weeks. "

All assays were completed by ALS Chemex with sample preparation in Hermosillo, Mexico and assayed in North Vancouver, BC. Gold grades are reported from fire assay, and silver grades >100 gpt are reported from aqua regia digestion with ICP-AES finish.

As previously announced, the Company has also drilled three holes (LV-16-01, LV-16-02 and LV-16-03) in the La Victoria area, a separate mineralized showing, located 800 metres southwest of the Babicanora vein. Results from these holes have shown mineralization but with relatively low values.  Future drilling for the La Victoria area will be undertaken to define the zonation of grade closer to surface and at depth.

Based on the favorable results of the Phase I surface drill program, the Company is planning a Phase II surface and underground drill program for the fall of 2016.Timing of the underground drilling program depends on the receipt of the permit application. The program will focus on the delineation of a potential bulk sample and infill drilling in preparation for a maiden resource estimate at the Las Chispas project.

The Qualified Person under National Instrument 43-101 Standards of Disclosure for Mineral Projects for this news release is James Barr, P.Geo, who is independent of SilverCrest and has approved its contents.

Die haben sich ja unglaublich entwickelt.
--
"SilverCrest Closes C$92 Million Bought Deal Financing Including C$12 Million Over-Allotment Option Exercised in Full
VANCOUVER, BC – December 18, 2019 - SilverCrest Metals Inc. (“SilverCrest” or the “Company”) is pleased to announce the completion of its prospectus offering announced on December 3, 2019 whereby the Company issued a total of 12,650,000 common shares at a price of C$7.28 per common share for gross proceeds of C$92,092,000, including exercise of the over‑allotment option in full (the “Offering”)...."
www.silvercrestmetals.com/news/2019/index.php?content_id=420 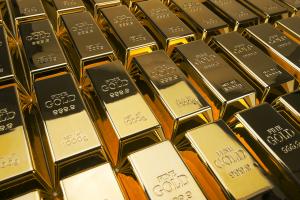