BEIJING, Feb 20 (Reuters) - With time ticking away to get China into the World Trade Organisation this year, EU officials were due in Beijing on Sunday for what they hope will be the final push to reach a market-opening deal.

The EU is the most important WTO member yet to conclude a trade accord with China after Beijing reached agreement with the United States last November.

Both sides have raised hopes of a breakthrough in the Beijing talks that start on Monday.

Premier Zhu Rongji told visiting WTO chief Mike Moore last week he hoped a deal would emerge from the Beijing talks, and EU Trade Commissioner Pascal Lamy has said that if all goes well in the first two or three days he would be ready to jump on a plane to Beijing.

China must reach agreements with all WTO members before it can join the body that sets rules for global trade.

Timing is now crucial because the U.S. administration of President Bill Clinton still has to persuade Congress to accept a deal, and the longer a congressional vote is delayed the more risk it could be overwhelmed by anti-China forces in a presidential election year.

U.S. labour unions have launched a major campaign to shoot down China's entry.

BACKS AGAINST THE WALL

The time pressure may work to the advantage of the EU negotiating team, headed by European Commission trade official Hans-Friedrich Beseler.

The Chinese side is headed by Vice Foreign Trade Minister Long Yongtu.

Zhu, and President Jiang Zemin, have personal stakes in ensuring China's early membership having pushed for it in the face of bitter opposition from government conservatives.

The Europeans appear to be making the most of Beijing's anxiety, digging in their heels by insisting a good agreement is more important than an early one. Their clear message to Beijing is that the EU will not be a push-over now China has a deal with the United States, its biggest trading partner.

"If I was a big game hunter I would say the elephants are still out there," said one EU source, commenting on the likely success of the Beijing talks.

Lamy has said a deal could be finalised in as little as one month but warned that negotiations could stumble and drag on for eight months or more.

The Europeans will be pressing China to top some of the concessions made to the Americans, particularly in telecommunications and financial services, according to sources close to the talks. In particular, they want more operating licences for European insurers.

They also have specific European issues to negotiate, for instance access for British gin, French cosmetics and Italian leather goods.

European trade sources said almost all issues on the table had been aired repeatedly in negotations that have dragged on for more than a decade.

"There will be no surprises," said one source, referring to Monday's talks, adding that only a political push could now break the deadlock.

Encouraging messages have been flooding in ahead of the negotiations.

Rita Hayes, the U.S. trade ambassador to the Geneva-based WTO, said last Friday the United States expected China to become a WTO member by the end of this year.

"China can get in this year. We feel in the United States very confident that it can be done this year," she said, adding that U.S. officials and EU negotiators were "communicating back and forth."

"After these meetings, I'm satisfied that progress is steady and good," he said.

"I'm extremely hopeful that negotiations will be concluded and agreed by the various members this year," he said.

The United States has urged the EU and China to wrap up their negotiations quickly.

The Clinton administration has already begun to sell the trade agreement to Congress, where Republican leaders say they are committed to approving it if Clinton can round up enough votes from reluctant, labour union-backed Democrats.

In addition to the United States, Japan, Australia and Canada reached separate agreements with Beijing last year. Key emerging economies like Argentina, India, Thailand, Mexico, and Malaysia have still to complete their own accords with China. 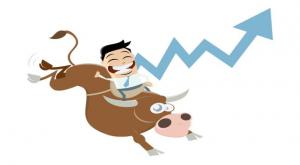