ENSCO International Incorporated is an international offshore contract drilling company with a current operating fleet of 46 drilling rigs, including 43 jackup rigs, one ultra-deepwater semisubmersible rig, one platform rig and one barge rig. Additionally, the Company has three ultra-deepwater semisubmersible rigs and one ultra-high specification jackup rig under construction. The Company’s offshore contract drilling operations are integral to the exploration, development and production of oil and natural gas and the Company is one of the leading providers of offshore drilling services to the international oil and gas industry.

The Company drills and completes oil and gas wells under contracts with major international, government-owned and independent oil and gas companies. The drilling services provided by the Company are conducted on a “day rate” contract basis, under which the Company provides its drilling rigs and rig crews and receives a fixed amount per day for drilling wells. The customer bears substantially all of the ancillary costs of constructing the wells and supporting drilling operations, as well as the economic risk relative to the success of the wells.
The Company’s drilling rigs are deployed throughout the world, with drilling operations concentrated in the major geographic regions of North and South America, Europe/Africa and Asia Pacific (which includes Asia, the Middle East, India, Australia and New Zealand). The Company competes with other offshore drilling contractors on the basis of price, quality of service, operational and safety performance, equipment suitability and availability, reputation and technical expertise. Competition is usually on a regional basis, but offshore drilling rigs are mobile and may be moved from one region to another in response to demand.

Jackup rigs stand on the ocean floor with their hull and drilling equipment elevated above the water on steel leg structures. Jackup rigs are generally preferred over other offshore rig types in water depth of 400 feet or less, primarily because jackup rigs provide a more stable drilling platform and can be readily mobilized to other drilling locations. Premium jackup rigs are generally defined as rigs capable of drilling in water depths of 250’ and greater (up to approximately 400’), and of independent-leg design. All of the Company’s jackup rigs are considered premium jackups. All but one of the Company’s jackup rigs are equipped with cantilevers, which allow the drilling equipment to extend outward from the hull over fixed platforms to more efficiently handle development drilling.

A semisubmersible rig is a floating offshore drilling unit with pontoons and columns that, when flooded with water, cause the unit to be partially submerged to a predetermined depth. Semisubmersible rigs can be held in a fixed location over the ocean floor by being either anchored to the sea bottom with mooring chains or dynamically positioned by computer-controlled propellers, or “thrusters”. ENSCO 7500, which is capable of drilling in water depths up to 8,000 feet, is a dynamically positioned rig, but it also can be adapted for moored operations. The ENSCO 8500 Series™ will be enhanced versions of the ENSCO 7500, capable of drilling in up to 8,500 feet of water, and can readily be upgraded to 10,000 feet water-depth capability if required. Enhancements over ENSCO 7500 include a two million pound quad derrick, offline pipe handling capability, increased drilling capacity, greater variable deck load, and improved automatic station keeping ability. With these features, the ENSCO 8500 Series™ rigs will be especially well-suited for deepwater development drilling.

Barge rigs are towed to the drilling location and are held in place by anchors while drilling activities are conducted. The Company’s barge rig has all of the crew quarters, storage facilities and related equipment mounted on the floating barge, with the drilling equipment cantilevered from the stern of the barge.

The Company also reported that it repurchased 1,250,000 shares of its common stock during the third quarter of 2006 at an average price of $43.54 per share as part of a $500 million share repurchase authorization approved by the Company's Board of Directors late in the first quarter of 2006. Under the program, ENSCO has repurchased a total of 2,345,000 shares at an average price of $45.49 per share through the third quarter.
Carl Thorne, Chairman and Chief Executive Officer of ENSCO, commented on the Company's current results and outlook: "We are pleased to announce our fourth consecutive record quarter. International markets remain strong. Increases in jackup day rates from second quarter levels in both our Europe/Africa and Asia Pacific Business Units more than offset slightly lower rates for our jackup rigs in the Gulf of Mexico. The average day rate for our worldwide jackup fleet in the third quarter increased sequentially by 3% over the prior quarter.

"ENSCO 83, one of our 250' water depth capable Gulf of Mexico jackups rigs, entered a shipyard in August for enhancement work and final international outfitting. We expect to complete this upgrade project in March 2007. We do not have any other rig enhancement projects scheduled at this time. Our rig fleet enhancement and life extension activities over the last several years are starting to pay dividends. We expect to incur minimal near-term shipyard downtime during a period when associated opportunity cost will be significant.

"Our new rig construction projects remain on schedule and within budget, with three of the four rigs committed upon completion. Our new ultra-high specification jackup rig, ENSCO 108, is scheduled for delivery in the second quarter of 2007. The rig is committed for work in Indonesia following delivery. ENSCO 8500 and ENSCO 8501, two ultra-deepwater semisubmersible rigs, are scheduled for delivery in the second quarter of 2008 and first quarter of 2009, respectively. Both rigs are being built against firm multi-year contracts. We recently announced construction of our third 8500 Series(TM) ultra-deepwater semisubmersible rig, ENSCO 8502, which is scheduled for delivery in late 2009. We are in discussions with several prospective customers regarding a contract for the rig.

"While we experienced an interruption in the positive trend of our Gulf of Mexico jackup rates during the summer, we attribute this softness largely to the impact of hurricane season. We continue to remain confident in this market. As reported in our monthly rig status report, we have already contracted two of our Gulf of Mexico jackups for work next year at day rates at or above pre-hurricane season levels.

"International markets remain strong, and continue to be undersupplied. Approximately one dozen jackup rigs, including ENSCO 105, are scheduled to depart the Gulf of Mexico for international commitments by early next year, and additional departures are possible. Two-thirds of our jackup fleet will be located internationally upon delivery of ENSCO 108 in the second quarter of 2007.

"Our third quarter results were excellent, notwithstanding recent softening of rates in the Gulf of Mexico market. We had good momentum going into the third quarter and therefore did not experience the full quarter effect from the softening in this market. Accordingly, we currently anticipate that fourth quarter results will decrease slightly from third quarter levels. We expect this to be a one-quarter adjustment inasmuch as previously contracted day rate increases in respect of a number of our Europe/Africa and Asia Pacific jackup rigs become effective during the first quarter of 2007. We thus anticipate a significant sequential improvement in our first quarter 2007 results and another record year in 2007."

Statements contained in this news release that state the Company's or management's intentions, hopes, beliefs, expectations, anticipations, projections or predictions of the future are forward-looking statements made pursuant to the Private Securities Litigation Reform Act of 1995. Such forward-looking statements include references to future earnings expectations, trends in day rates or utilization, future rig rates or utilization, rig enhancement, completion, and contract commitments, the period of time and number of rigs that will be in a shipyard, scheduled delivery dates for new rigs, market trends, expectations, outlook or conditions for the balance of 2006 and into 2007. It is important to note that the Company's actual results could differ materially from those projected in such forward-looking statements. The factors that could cause actual results to differ materially from those in the forward-looking statements include the following: (i) industry conditions and competition, including changes in rig supply and demand, (ii) cyclical nature of the industry, (iii) worldwide expenditures for oil and gas drilling, (iv) operational risks, including hazards created by severe storms and hurricanes, (v) risks associated with operating, rig building, rig repairing and rig enhancement in general, and in foreign jurisdictions in particular, (vi) renegotiation, nullification, or breach of contracts with customers or other parties, (vii) changes in the dates the Company's rigs undergoing shipyard construction work, repairs or enhancement will enter a shipyard or return to service, (viii) risks inherent to shipyard rig construction, rig repair or rig enhancement, (ix) availability of transport vessels to relocate rigs, (x) environmental or other liabilities, risks, or losses including hurricane related equipment damage or loss in the U.S. Gulf of Mexico, that may arise in the future which are not covered by insurance or indemnity in whole or in part, (xi) the impact of current and future laws and government regulation affecting the oil and gas industry in general and the Company's operations in particular, as well as repeal or modification of same, (xii) political and economic uncertainty, (xiii) limited availability of economic insurance coverage for certain perils such as hurricanes in the Gulf of Mexico, (xiv) self-imposed or regulatory limitations on jackup rig drilling locations in the Gulf of Mexico during hurricane season, (xv) our availability to attract and retain skilled personnel, (xvi) excess rig availability resulting from delivery of new drilling units, and (xvii) other risks described from time to time as Risk Factors and otherwise in the Company's SEC filings. Copies of such SEC filings may be obtained at no charge by contacting the Company's investor relations department at 214-397-3045 or by referring to the investor relations section of the Company's website at www.enscous.com.

All information in this press release is as of October 24, 2006. The Company undertakes no duty to update any forward-looking statement, to conform the statement to actual results, or reflect changes in the Company's expectations. 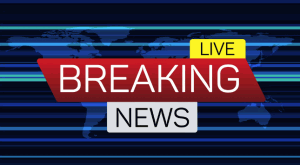