To the Stockholders of Liberty Star Uranium & Metals Corp.:

You are cordially invited to attend the annual meeting of stockholders of Liberty Star Uranium & Metals Corp., a Nevada corporation, on Monday, January 5, 2009 at 9:00 a.m. at the San Miguel Estates, 5565 North Binghamton Drive, Tucson, AZ 85712.

The notice of annual meeting of stockholders and proxy statement, which describe the formal business to be conducted at the meeting, are enclosed with this letter.

After reading the proxy statement, please promptly mark, sign and return the enclosed proxy card in the envelope (if mailing within the United States) to ensure that your shares will be represented. Regardless of the number of shares of stock you own, your careful consideration of, and vote on, the matters before our stockholders are important.

The Board of Directors and management look forward to seeing you at the annual meeting.

Chairman of the Board

Notice of Annual Meeting of Stockholders

To the Stockholders of Liberty Star Uranium & Metals Corp.:

NOTICE IS HEREBY GIVEN that Liberty Star Uranium & Metals Corp., a Nevada corporation, will hold its annual meeting of stockholders on Monday, January 5, 2009 at 9:00 a.m. (local time) at the San Miguel Estates, 5565 North Binghamton Drive, Tucson, AZ 85712 (the “Meeting”). The Meeting is being held for the following purposes:

To elect James Briscoe, Gary Musil and John Guilbert to serve as directors of our company;

5.             To transact such other business as may properly come before the Meeting or any adjournment or postponement thereof.

By Order of the Board of Directors,

Chairman of the Board
*amM - keine Kaufempfehlung

according Nevada SOS the LBSU executives have no preferred shares (0 votes from this side expected ):

Point is: this is the PLAY against SHORTS... Company doesn't care about - they need to raise capital and they'll do... Stockholders or MMs - who's going to win? 99.99% MMs are on top in those games... Well, time will tell - keep in mind that to the mid/end of January the share structure is steel...
(Verkleinert auf 88%)

Item 2. Management's Discussion and Analysis of Financial Condition and Results of Operations.
Much of the information included in this quarterly report includes or is based upon estimates, projections or other "forward looking statements". Such forward looking statements include any projections or estimates made by us and our management in connection with our business operations. While these forward-looking statements, and any assumptions upon which they are based, are made in good faith and reflect our current judgment regarding the direction of our business, actual results will almost always vary, sometimes materially, from any estimates, predictions, projections, assumptions or other future performance suggested herein.

Big Chunk Super Project ("Big Chunk"): Located in the Iliamna region of Southwestern Alaska, we plan to ascertain whether the Big Chunk claims possess commercially viable deposits of copper, gold, molybdenum, silver and zinc. We have not identified any ore reserves to date.

Bonanza Hills Project ("Bonanza Hills"): Located in the Iliamna region of Southwestern Alaska, we plan to ascertain whether the Bonanza Hills claims possess commercially viable deposits of gold and silver. We have not identified any ore reserves to date.

On September 11, 2008, we announced that we and XState Resources have agreed that XState will maintain a 50% interest in three uranium exploration targets at North Pipes. The three areas can be chosen from all the targets over which exploration has been conducted by the joint venture in the last 18 months.

Both parties agree to enter into a formal 50/50 contributing joint venture in relation to the three targets chosen by XState. The previous "earn-in" agreement is terminated. The Company retains former JV funds to complete minor rehabilitation on exploration sites and conclude administrative tasks.

There is no assurance that a commercially viable mineral deposit exists on any of our properties, and further exploration is required before we can evaluate whether any exist and, if so, whether it would be economically feasible to develop or exploit those resources. Even if we complete our current exploration program and we are successful in identifying a mineral deposit, we would be required to spend substantial funds on further drilling and engineering studies before we could know whether that mineral deposit will constitute a reserve (a reserve is a commercially viable mineral deposit). Please refer to the section entitled "Risk Factors" for additional information about the risks of mineral exploration.

We will require additional funds to implement our exploration operations. These funds may be raised through equity financing, debt financing, or other sources, which may result in further dilution in the equity ownership of our shares. The May 2007 Convertible Notes and August 2008 Convertible Notes contained restrictions on raising new capital from the sale of registered stock to other investors. We are also limited to raising up to $7,000,000 in private placement funds during the 2 year term of the May 2007 Convertible Notes. We are also required to pay up to $3,000,000 of the unpaid principal and interest on the May 2007 Convertible Promissory Notes and the August 2008 Convertible Promissory Notes before paying any other expenses if we are successful in raising capital. Another factor making it difficult for us to raise capital is that currently, we have only 6,053,294 common shares that are not issued of our 200,000,000 total authorized shares of common stock. We would need to increase our authorized capital in order to do an equity financing. These restrictions may make it difficult for us to raise the cash required to proceed with our planned exploration activities.

1) A decrease in net loss from operations of approximately $890,000 is largely due the reduction of geological and geophysical exploration costs. Our ability to perform exploration activities during the nine months ended October 31, 2008 was limited due to the lack of cash available. During the current year we did not perform any significant exploration project on our North Pipes claims, while last year we had the cash resources available to perform exploratory drilling, geochemical sampling, and geological mapping at our North Pipes project.

2) We earned $300,000 during the nine months ended October 31, 2008 as income from the Elle Venture for agreeing to enter into another modification to the joint venture agreement and canceling the subcontracting agreement. This is a not a recurring transaction, has not been earned in the past, and is not expected to be earned again in the future.

The condensed consolidated financial statements of Liberty Star Uranium & Metals Corp. (formerly Liberty Star Gold Corp.) have been prepared in conformity with accounting principles generally accepted in the United States of America. Our significant accounting policies are described in Note 3 to the condensed consolidated financial statements included in Item 1 in this Form 10-Q. The critical accounting policies adopted by our company are as follows:

These condensed consolidated financial statements have been prepared on the going concern basis, which assumes that adequate sources of financing will be obtained as required and that our assets will be realized, and liabilities settled in the ordinary course of business. Accordingly, these condensed consolidated financial statements do not include any adjustments related to the recoverability of assets and classification of assets and liabilities that might be necessary should we be unable to continue as a going concern.

The Company accounts for convertible promissory notes in accordance with Statement of Financial Accounting Standards No. 150 ("SFAS 150"). The Company reviewed the convertible promissory notes and the related subscription agreement to determine the appropriate reporting within the financial statements. The notes are reported as liabilities stated at fair value. The Company determined that reporting the notes as equity would not be appropriate as the conversion of the notes into common stock was not guaranteed. No gain or loss is reported when the notes are converted into shares of the Company's common stock in accordance with the note's original terms.
Seaway macht uns alle reich, doch vorher macht sie uns die Birne weich.
Schwimmen alle dann im Geld ist Seaway doch der Held.
Melden 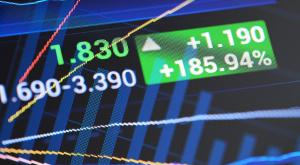