Asset disposal program : at least €1.5 billion in asset disposals between now and the end of 2009

Continued increase in the dividend per share : +10% (4)
Henri Proglio Veolia Environnement Chairman and Chief Executive Officer
The half-year results demonstrate strong growth in revenue and a good resilience of operating performances. In view of these results and in order to adapt to the generally constrained and uncertain economic environment, Veolia Environnement has committed to taking additional measures, in particular with respect to cost reductions and the disposal of assets with the aim of improving the level of profitability of the businesses and to achieve an after-tax return on capital employed targeted at over 10% by 2010.

Veolia Environnement’s consolidated revenue at June 30, 2008, was €18,091.7 million, up 17.0% (+19.5% at constant exchange rates), versus €15,461.6 million at June 30, 2007. Internal growth of 11.1% was driven by the strong commercial development of the Company and boosted by the start-up of construction contracts in the Water division. The increase of energy prices within the Energy division contributed approximately €189 million in revenue.

Cash flow from operations and the recurring operating income were supported by the growth in revenue. The growth rate of these indicators was nevertheless below that of revenue, principally due to the contribution of the lower margin and less capital intensive engineering works businesses in the Water division and the dilutive effect of certain recent acquisitions in the Waste division. Within the Energy and Transport divisions, growth in income was in line with the growth in revenue.

These indicators were also impacted during the first half of the year by the variation of foreign currencies against the euro and the increase in fuel prices.

With the exception of certain currencies in Central Europe, the first half of the year experienced a strong appreciation of the euro against other currencies. Due to the nature of the businesses of Veolia Environnement, both expenses and income are received and recorded in the local currency. The Company is therefore not commercially impacted by these fluctuations. However, the contribution of businesses within countries outside of the Euro-zone, converted for purposes of consolidation, are reduced due to the appreciation of the euro against the other main currencies, with the exception of those in Central Europe.

Veolia Environnement continued to pursue its development strategy, investing €1,861 million net of disposals in the first half of 2008.

Excluding maintenance capital expenditures and capital spending linked to the growth of existing contracts, the Company continued to pursue growth opportunities, proceeding with targeted investments of €819 for new projects, of which a significant part was represented by the acquisitions of the French company Bartin Recycling Group in the Waste management division and the Polish company Praterm in the Energy division, as well as industrial investments.

Christ Water Technology will present new processes in water treatment on the World Water Congress which is taking place from September 7-11, 2008 in Vienna. Both, in industrial as well as municipal drinking water treatment, new technologies to remove organic and inorganic pollutants (e.g. nitrates, manganese, uranium, radium, urea) will be shown. In the field of desalination of sea water and brackish water, advances in energy efficiency will be showcased.

„For close to 70 years now, CHRIST has been building a high reputation for environmentally friendly and innovative water technologies. The World Water Congress offers us the opportunity to participate in the worldwide scientific research and development process with our new findings. Our technologies and global presence contribute to resolve one of the most serious problems on earth, the rising water scarcity”, says Malek Salamor, CEO of  he Christ Water Technology Group.

For the first time, the World Water Congress and Exhibition of the International Water Association takes place in Vienna. With roughly 3,000 delegates, the Congress is one of the most important international events in the water industry. Apart from scientific presentations and panels, workshops and the industry forum, CHRIST will participate in the Exhibition on booth 209.

Mubadala Development Company (Mubadala) and Veolia Water today announced        their intention to create a joint-venture company that will focus on the        areas of water production and waste water collection and treatment in        the Middle East and North Africa (MENA) region. This activity could        later lead to further joint ventures for other business sectors of the        Veolia Environnement Group (Paris:VIE).

Todays announcement follows a decision by Abu        Dhabi investment and business development company, Mubadala, and Veolia        Water, the world leader in water and wastewater services, subsidiary of        Veolia Environnement, to work together on municipal concessions and        public private partnerships in the MENA region. The joint venture        company will be owned 51% by Veolia Water and 49% by Mubadala.

This partnership brings together the expertise of a world leader in        environmental services with the experience of the leading investment and        development company in the region. It marks the first step for a long        term collaboration in future projects for the two companies.

Speaking on behalf of Mubadala, Chief Operating Officer, Waleed Al        Mokarrab Al Muhairi, said: As the regions        economy continues to expand and diversify, high quality infrastructure        will underpin this development. As part of this process, Mubadala is        creating a diverse and sustainable range of businesses in the utilities        sector by bringing new technologies, efficiencies and best practices to        the region. Establishing partnerships with best-in-class international        companies such as Veolia, which has over a century of experience in this        field, will allow us to do just this.

For Veolia Water, Antoine Frérot, Chief Executive Officer, outlined the        significance of the partnership, this        joint-venture is strategically important for Veolia Water as the MENA        region is undergoing full economic, industrial and tourist growth which        requires world-leading expertise in quality water services, solutions        and technologies. Working with a leading investment fund will provide        further capacity to expand and offer vital infrastructure solutions to        local needs.

Mubadala Development Company (Mubadala) is a Public        Joint Stock Company headquartered in Abu Dhabi, capital of the United        Arab Emirates. Its focus is on developing and managing an extensive and        economically diverse portfolio of commercial initiatives. It does        this either independently or in partnership with leading international        organizations. Mubadalas commercial strategy        is fundamentally built on long term capital intensive investments that        deliver strong financial returns.

The company manages a multi-billion dollar portfolio of local,        regional, and international investments, projects and initiatives.        Through its investment and development projects, Mubadala is both a        catalyst for, and a reflection of, the drive for economic        diversification of the Emirate of Abu Dhabi. Its impact is        evident domestically and internationally in sectors such as energy,        aerospace, real estate, healthcare, technology, infrastructure, and        services.

Mubadalas sole shareholder is the        Government of the Emirate of Abu Dhabi. For more information        about Mubadala, its partnerships and activities please visit www.mubadala.ae. 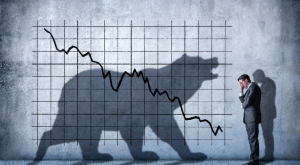