It was the last of a trio of new weight-loss drugs to come before regulators this year, the Food and Drug Administration having rejected two rival medicines in October.

The FDA panel of outside experts voted 13-7 that the weight-loss benefits seen with Contrave outweighed concerns about heart risks.

The FDA usually follows panel recommendations. A final ruling is due by Jan. 31.

Shares of Orexigen were still halted shortly after the vote but shares of rival Arena Pharmaceuticals Inc were 7 percent higher in after-hours trade and Vivus Inc rose 11 percent in extended trading.

The fate of Contrave is key to the California-based company, which focuses solely on obesity drugs and has no products on the market.

According to data from BioMedTracker, Contrave sales could reach $1.2 billion by 2018. That figure would make it the top player in a U.S. weight-loss drug market that sees just $382 million in sales annually, according to IMS Health.
Drugmakers seeking a pill to help people slim down have been thwarted for decades by serious side effects, and few options remain on the U.S. market even though two out of three Americans are overweight or obese.

In October, the FDA rejected Arena's pill, citing cancers seen in animal studies, and Vivus was asked for more data on heart risks with its medicine.

Also in October, Abbott Laboratories pulled its Meridia drug from the market under pressure from the FDA over heart risks.

Contrave combines the alcohol and drug addiction drug naltrexone with the antidepressant bupropion in an attempt to boost metabolism while curbing appetite and cravings.

Orexigen, which has partnered with Takeda Pharmaceutical Co Ltd, said the 25-year history of both ingredients was an advantage because many safety issues are already known.

Study data showed a slight increase blood pressure and pulse rates for Contrave patients versus those given a placebo.

The pill met FDA effectiveness guidelines, in that at least 35 percent of patients studied lost at least 5 percent of their weight.

But many panelists said they had reservations about Contrave, including some who voted for approval.

'I feel the sponsor met the requirements of the FDA ... on the other hand, I feel this is a very flawed product,' said Michael Rogawski, a neurologist at the University of California Davis.

The FDA and Orexigen are already in talks about another trial to look more closely at whether those heart issues signal potential for greater cardiovascular side effects.

The copying, republication or redistribution of Reuters News Content, including by framing or similar means, is expressly prohibited without the prior written consent of Thomson Reuters. 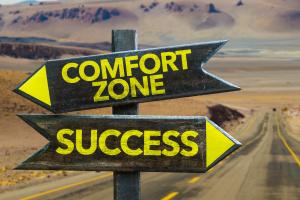