Tournigan has acquired 3 advanced uranium projects in Slovakia - Novoveska Huta, Jahodna and the Kozie Chrbty district. In total, the three projects host historical resource estimates of more that 40 million pounds* of uranium oxide and 86 million pounds* of molybdenum, with two of the projects having recorded past production of uranium.

Slovakia is the third largest consumer of nuclear energy per-capita, with 60% of its electricity sourced from domestic nuclear generation plants. Currently, it has no domestic production of uranium and sources all of its uranium fuel for its nuclear powerplants from Russia. Tournigan's knowledge of Slovak mineral resources, coupled with in-house uranium expertise, have been combined to add valuable uranium assets to Tournigan's portfolio of advanced gold projects

Location
Tournigan's uranium licences are located in eastern Slovakia, 300 to 400 kilometres from Vienna, Austria - a 4 to 5 hour drive on paved highways. 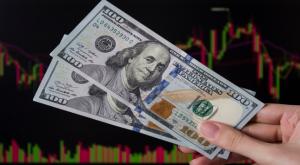