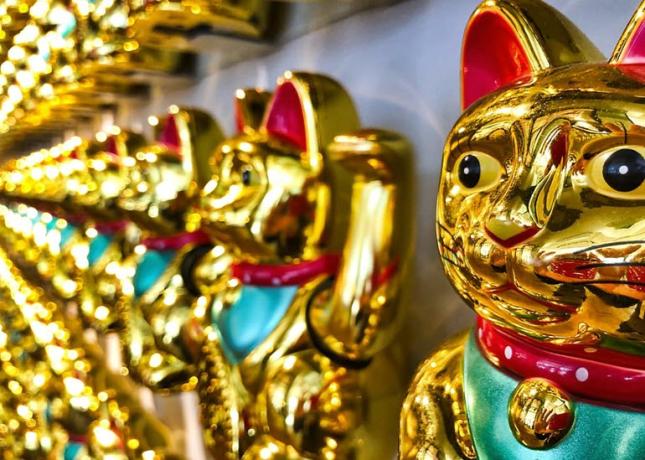 LIMITED COMPUTER BBS READING ONLY USE IS GRANTED TO ANYONE.
SELLING THIS INFORMATION, ALTERING IT IN ANY WAY OR ANY
COMMERCIAL USAGE OF IT OR USING IT AS SALES LITERATURE FOR ANY
PRODUCTS IS ABSOLUTELY FORBIDDEN.

SPECIAL NOTICE: SINCE THESE WRITINGS ARE HEREBY GOING ONTO A
COMPUTER FORMAT, I CANNOT BE RESPONSIBLE IF ANYONE ALTERS THE
INFORMATION AFTER IT LEAVES MY PRESENCE. SO BE SURE AND DOUBLE
CHECK ANY SENSITIVE OR POTENTIALLY HARMFUL INFORMATION WITH
COMPETENTLY TRAINED HEALTHCARE PROFESSIONALS.  OF COURSE ONLY
PROFESSIONALS SKILLED IN THE OXIDATIVE MODALITIES,

SINCE THE UNTRAINED PROFESSIONALS WON'T HAVE ANY IDEA WHAT YOU'RE
TALKING ABOUT, AND A SAD FEW LET EGO RATHER THAN COMPASSION RULE
AND THEREFORE ACT LIKE GOD AND DISMISS IT.  OVER 7,000 MD'S IN
EUROPE ARE USING OZONE THERAPY AS YOU READ THIS, BUT NORTH
AMERICAN DOCTORS ARE WOEFULLY UNINFORMED. - Ed McCabe


U.S. Senator and Top NIH Directors Shown Ozone Using
PCR Negative Ex-AIDS Patients by Ed McCabe and Associates
1992 July.  Ed McCabe author of "Oxygen Therapies" went to Washington
on July 22nd, 1992.  The trip was made after setting up private
meetings with 2 U.S. Congressmen to coincide with the meeting that
former Iowa Congressman Berkly Bedell and Ed McCabe had set up on the
same day with U.S. Senator Tom Harkin, the former Presidential
Candidate.

Mr. Bedell and Mr. McCabe decided to invite 2 doctors that had each
brought a patient from HIV+ to HIV-.  They also invited Jim Caplan,
the man responsible for convincing the Cubans to approve medical ozone
therapy for general use, and Dr. John Pittman, an ozone using doctor,
and one of his recently denied treatment AIDS patients.  Dr. Pittman's
office was closed down by the North Carolina state medical board in
the middle of successful clinical ozone trials due to "ozone not being
FDA approved."  They visited the Congressmen, were warmly received at
each meeting, and ended up in turn at Senator Harkin's office for our
meeting with him, where they were joined at this point by Dr. Michael
Carpendale and his boss from the San Francisco Veterans Administration
Hospital.

Senator Harkin scheduled us for only a 1/2 hour meeting, but he was so
intrigued by our proof that we discussed ozone successfully treating
AIDS with him for one and one half hours.  He immediately decided to
set up a meeting between us and the NIH's (National Institute of
Health) Institute of Allergy and Infectious Diseases Director, Dr.
Anthony Fauci.  The AIDS "problem" comes under the jurisdiction of
this institute, and Dr. Fauci has been referred to as the U.S.
Government's "AIDS Czar." Senator Harkin is on the NIH appropriations
committee, so he has their ear.

1992 Aug On August 20th we met in NIH's building 31 wing 7A room 24
with Dr. Fauci and his boss Deputy NIH Director Dr. Moskowitz.  Also
present were Dr. Hill, Dr. Killan, and other legislative and legal
aides.  Mike Hall and Marina Metallios were there to observe for
Senator Harkin's Office.  About 30 people attended.

We presented our two ozone treated patients who no longer were HIV+,
and no longer had fevers, swollen lymph nodes, diarrhea, pain, night
sweats, weight loss, or any other manifestation of the AIDS/ARC
disease.  We handed Dr. Fauci and the others copies of their medical
documentation, and they listened to Doctor Carpendale and one other
doctor and their former AIDS patients.  Dr. Latino from Medizone spoke
of the flawless ozone animal trials that had already been done by
Medizone.  Dr. Pittman and one of his patients made emotional pleas
for the open medical use of ozone so he could finish his clinical
ozone trials.  I asked for the same, gave them a brief 50 year history
of the effectiveness of medical ozone on hundreds of thousands of
people in Europe, and cited ozone's perfect safety record in millions
of dosages.  We made a sound, experienced, documented, and reasonable
case for the immediate investigation of ozone's effectiveness in
treating AIDS successfully.  I also asked if anything could be done to
influence the FDA to halt its suppressions of ozone-using M.D.'s.  We
were told that the NIH had no power over the FDA.

Comment: Picture this.  Here's our small but dedicated group gathered
at a round table with the U.S. Government's official AIDS policy
makers. Around the outside of the table are aides, secretaries,
assistants, and division chiefs.  There were no big corporations
funding us, as is usually the everyday case at these meetings.
Although the NIH people only had to walk down the hall to be there, we
all had to take time out from work and pay our own considerable
travel, hotel, and meal expenses.  We came from all over the country
simply to help our fellow countrymen dying from AIDS.  We were sitting
right there at the table with two now perfectly healthy former AIDS
patients testing HIV negative - one PCR (Polymerase Chain Reaction - a
test for any of the seven nucleotides of the HIV virus itself)
negative, and one Western Blot/Elisa (HIV antibody presence) negative.
We were sitting there with the examples and their records showing
complete eradication of all secondary diseases, their actual doctors,
a politically harassed-doctor and his patient who can't get the
treatment, and several thick notebooks of ozone medical references
from the U.S. and Europe.

What answer did we get?  "We see no reason to pursue this."  Let me
repeat that: "We see no reason to pursue this."  And, "They are
obviously so healthy that they must not have had the disease." And,
"We won't look at this treatment unless you have the patients PCR
tested twice before treatment proving the presence of the HIV virus,
stored blood from when they were positive, two PCR tests during
treatment, and two PCR tests after ozone treatment proving the absence
of the virus."

What a reply from an institution funded by our tax dollars to find a
cure for AIDS while people suffer and tragically slowly waste away.
Not exactly encouraging was it?  The weight of evidence sitting right
there was enough to immediately investigate ozone, without adding all
the new requirements on.  The NIH has billions of dollars, and they
could have done something after all we went through, you would think
they could have at least made some phone calls to other doctors and
patients as a goodwill gesture, but to only say in effect, "Go home"?
Even though they did give us a clearly defined goal to shoot for, I
couldn't help feeling that the goal line was just moved way back.

Analysis: Here's the problem with the current NIH reasoning:

1. Although they said they were unknowledgeable about the FDA's
history of seizing ozone machines, harassing ozone using doctors, and
forcing doctors to falsely claim ozone as worthless, they did hear me
tell them of all this and how hard it was to get any doctors to show
up at all to testify and present evidence to them.  How can anyone
conduct open trials on this beneficial treatment if the FDA will close
them down as soon as they open the doors?

2. Promoting the unproven "HIV causes AIDS" scenario, they want 6 PCR
HIV tests, each costing around 350 dollars.  Total of $2,100+ per
patient.  First of all, there are several PCR tests around, and none
of this is covered by insurance, so which PCR test will they believe?
And who's going to pay for it?  The ozone doctors are financially
strapped, and the AIDS patients have already spent their savings on
hospitals, doctors and drugs like AZT, DDI, and etcetera. There were
also no PCR tests commonly available back when the patients we brought
in first tested HIV positive, so having PCR's on them was an
impossible requirement!  Also, many of the patents on ozone therapy
are now in the public domain, so no pharmaceutical company will
support research.

3. They told us, via their announcement that they will not consider
ozone unless we met the new PCR requirements, that the HIV virus is
the ONLY thing to look for.  Nowhere has it ever been proven that the
HIV virus is the only definitive cause of AIDS; it was simply
announced one day in the media as a probable cause.  Dr. Gallo's work
"HIV causes AIDS" was proven fraudulent. According to the latest
international AIDS conference held in Amsterdam (1992), people die
from AIDS who never test positive for HIV! The virus is probably only
a promoter or possibly a co-factor of the disease.  So why judge
ozone's effectiveness upon the presence or absence of a possibly non-
essential virus?  Why ignore the most significant facts proving
complete eradication of all secondary diseases and symptoms?   This is
a far more compelling test of whether or not to immediately begin
research into ozone, if those who suffer can have their suffering
eliminated, whether or not they test "PCR negative."

Comment: What about the quality of their life since ozone all by
itself?  The way the Center For Disease Control has decided to
officially classify if someone has AIDS or not tells the story.  They
look for the presence of several "hallmark" diseases all occurring at
once.  Both patients that we brought in had completely eliminated
their secondary infections and any clinical symptoms.  Therefore by
definition, besides testing HIV negative, they no longer had AIDS
according to CDC guidelines!  The real live people with their medical
records and blood tests were sitting right in front of the NIH
employees - yet they could not see.  Or they chose not to see. Let's
hope more practical thinking will win out in the end.

Just so you understand medical ozone in the proper treatment of AIDS,
a few shots of medical ozone are not going to be magic bullets.
Successful ozone AIDS treatment has always been 2 to 5 hours a day of
a number of oxidative and other therapies for three to six weeks in a
row, depending upon the particular aggregate methods employed.  These
methods are always combined with lifestyle changes, proper diet,
eliminative organ cleansing, a spiritual or moral balance to help
eliminate denial of self, and the inclusion of an immune system
rebuilding regimen.

6 U.S. doctors have reported to me over 200 people turning HIV
negative.  I also have video interview proof that this therapy is
remarkably effective on cancer and even diseases like multiple
sclerosis.  As a society we should look in the direction of ozone
soon, instead of watching more die needlessly as we continue chasing
the old ways that obviously don't work.

Ed McCabe's publication "03 VS AIDS" has over 120 medical references
on the efficacy of ozone.  Further documentation, info, publications,
tapes, subscriptions, and past issues are available from 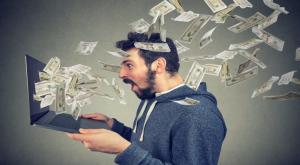