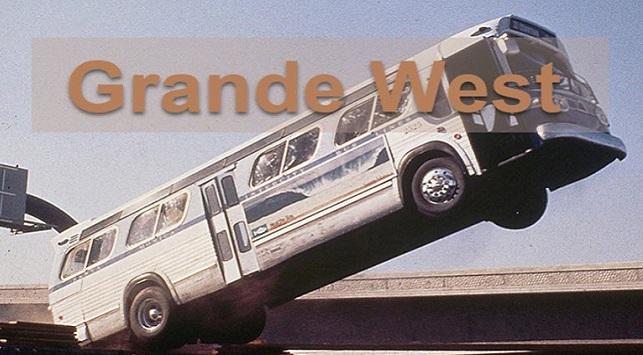 
Conflict could soon be nuclear
From Roland Watson in Washington

THE US Congress has been warned that President Bush’s proposed attack on Iraq could escalate into a nuclear conflict.
An assessment of Iraq’s capabilities says that the US is unlikely to knock out many, if any, of President Saddam Hussein’s mobile missile-launchers in a first wave of airstrikes. It raises the possibility of Baghdad hitting an Israeli city with a missile carrying biological agents, saying that Saddam is likely to use chemical and biological weapons.

Israel’s likely reaction would be nuclear ground bursts against every Iraqi city not already occupied by US-led coalition forces. Senators were told that, unlike the 1991 Gulf War, when Washington urged Israel not to retaliate against Iraqi missile strikes, Israeli leaders have decided that their credibility would be hurt if they failed to react this time.
The assessment was written by Anthony Cordesman, a former Pentagon and State Department official now with the Washington-based Centre for Strategic and International Studies. He was a witness before last week’s Senate Foreign Relations Committee, and chosen to open a national debate on the looming Iraqi conflict. He queried the ability of US forces to use pre-emptive airstrikes to cripple Iraq’s mobile launchers, which would be used for chemical or biological weapons. Donald Rumsfeld, the US Defence Secretary, has alluded to the problems of locating the launchers.

Referring to the Gulf War, Mr Cordesman said that, despite contrary claims, the US had not detected most Iraqi chemical, biological, radiological and nuclear weapons and missile capabilities. US and British forces also had “no meaningful success” in finding Scud missile sites, nor were the airstrikes of Operation Desert Fox in 1998, after the departure of UN weapons inspectors, successful.

“It’s likely, therefore, that Iraq could succeed in launching some CBRN strikes against US coalition forces, targets in neighbouring states, and / or Israel.”It could take days to characterise biological agents. “Even US forces would only be able to firmly characterise dissemination by observing the lethal effects,” he said.


The United Nations secretary-general, Kofi Annan, rejected conditions set by Baghdad for new talks and told Iraq last night he was waiting for a “formal invitation” for UN weapons inspectors to return. Mr Annan said in a letter to Iraq’s foreign minister that new talks must focus on “practical arrangements” for the resumption of inspections.

The chancellor's recent statements are motivated in large part by domestic politics, as Schroeder has fallen dangerously behind his conservative challenger, Edmund Stoiber, in the polls. He will try to gain points with the largely pacifist German electorate -- and distinguish himself from Stoiber -- by continuing his criticism of U.S. threats against Iraq.

For his part, Stoiber has said the country must move closer to Washington on military matters, but he will seek to avoid the issue of Iraq entirely. Instead, he will choose to hammer on Schroeder's major political soft spot: the weak German economy. But no matter what the outcome, Berlin's rhetoric on the Iraq issue will quiet after the elections.

The candidates' views on Washington's Iraq policy would be a concern for the White House if an attack was planned before the Sept. 22 elections, or if Schroeder could be expected to stick to his guns if elected. But both scenarios are unlikely. First, the Bush administration needs to build more international -- particularly European -- support for an Iraq campaign, and a recent call-up of reserve forces indicates an attack is unlikely before early next year.

Second, if re-elected, Schroeder will not risk alienating Washington by adhering to an anti-U.S. stance that will have lost its political value. Also, the chancellor has a history of caving to Washington on military issues: Despite early reservations Schroeder supported Operation Allied Force with German troops in Kosovo in 1999, despite the lack of an enabling resolution from the United Nations. Of course questions about his Iraq stance will be moot if Stoiber is elected, and it would please Washington to have an even more cooperative German leader in charge.....
www.stratfor.com/fib/topStory_view.php?ID=205647
Melden 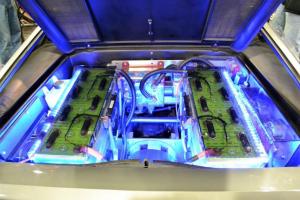