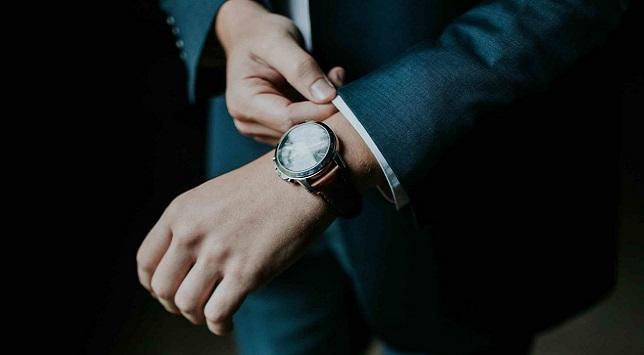 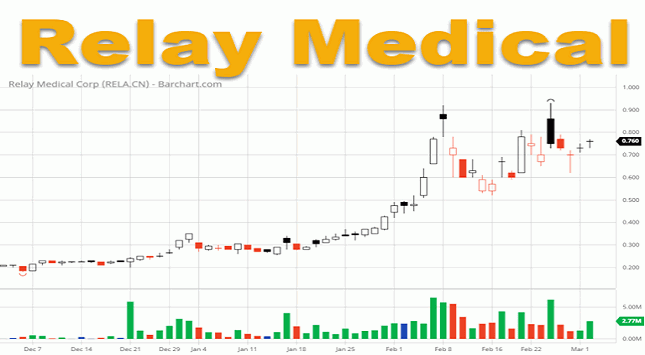 Cambrian also owns the Subranum gold project in Ghana which covers 139 sq kms along the eastern region of the Sefwi-Bibiani belt. This belt hosts over 17 million ounces of gold resources including Newmont’s Yanfo gold project, Ashanti’s Bibiani gold mine and Redback Mining’s Chirano project. In 2002 and early 2003, anomalous gold mineralisation was outlined over a distance of 9.5 km, and was confirmed in detail over 6.5 km as two parallel anomalies. The eastern anomaly was trenched over 1.6 km exposing mineralised shear zones. The latest news is that high grade mineralisation has been intercepted in two drill sections spaced 40 metres apart and is open along strike and down dip on the Atakuron prospect. Intercepts of 12 metres grading 8.56 g/t gold (including 19.6 g/t gold over 4 metres) have been obtained from 76 metres hole depth and 10.21 g/t of gold over 8 metres (including 23.1 g/t gold over 4 metres) from 84 metres hole depth, and the company thinks it could be onto something big.
Melden

Highlights of Activities during 1st Quarter 2004

Delineated broad gold haloes in areas of thick cover, discontinuous over
6km along strike from known gold mineralisation. This increases the prospective
exploration target at Subranum to over 12km.

Design of 10,000m RC program to follow-up results from RAB drilling in
Q4 2003. This RC programme is currently in progress. RC Drilling results from
Area 3 are expected over the next few weeks.

Design of a RAB drilling program to test coincident gold-in-soil and
magnetic targets beneath cover along strike from known mineralisation.

During the 1st Quarter of 2004 line-cutting, mapping and soil sampling was
completed. In total 534 soil samples were collected over 6km of strike further
to the north (grid) of known gold mineralisation at Area 1.

Geophysical data including aeromagnetic and radiometric was also acquired during
the period and was utilised in conjunction with soil sampling, trenching and
previous RC (" Reverse Circulation" ) and RAB (" Rotary Air Blast" ) drilling data
to design a 10,000m RC program.

A RAB program is currently being designed to better test the coincident magnetic
and geochemical anomalies that extend over 6km of strike to the concession
boundary.

The Subranum Project is located in Ashanti Region in southern Ghana, West Africa
and straddles a major structure, the Bibiani Shear, which is intimately
associated with the significant Bibiani Gold Mine and Redback`s Chirano Project
to the along strike to the southwest. The exploration results at Subranum prior
to the most recent work undertaken by Cambrian Mining PLC, included soil
geochemistry, trenching and limited RC drilling. RC drilling returned by
previous workers included:-

During the final quarter of 2003, a 275 rotary air blast (RAB) drilling program
was completed at the Subranum. This drilling was designed to confirm and add
strike extent to mineralisation previously intercepted during trenching and RC
drilling in the late 1990`s by previous workers. All holes were drilled at -60
degrees towards grid west, with hole depths generally 28-30m. Drillhole
locations are presented in Figure 1. Significant results were returned from
Areas 1 and 2, with best results intercepted at Area 3 in the southernmost
portion of the concession. Best results from the drilling program included:-

Exploration work carried out during the period included line-cutting, mapping
and soil sampling. In total 534 soil samples were collected and dispatched to
Transworld Laboratories in Tarkwa for analysis using the Aqua Regia method for
Au only (detection limit 1ppb). The program was designed to extend soil sampling
some 6km further to the north (grid) of known gold mineralisation at Area 1.
Geophysical data including aeromagnetics and radiometrics were also acquired
during the period. These data were utilised in conjunction with soil sampling,
trenching and previous RC and RAB drilling data to design a 10,000m RC Drilling
program. Due to the unavailability of drilling contractors during the period,
the RC drill program was rescheduled for Q2 2004. This program commenced on the
3rd of April and is currently in progress.

The Subranum Project is located along the eastern margin of the Sefwi-Bibiani
Belt in the Ashanti Region of southwest Ghana. The Subranum concession lies
along the belt margin at the contact between Lower Birimian phyllites and
greywackes of the Kumasi Basin to the east and basic to intermediate volcanics
and volcaniclastics of the Sefwi Belt to the west. This contact is consistent
with the position of the Bibiani Shear, a major crustal structure which controls
gold mineralisation at Ainuri in Cote d`Ivoire, and Sewum-Tokosea, Chirano and
Bibiani in Ghana. The Subranum Project lies approximately 100km along strike to
the northeast from the Bibiani Mine which has combined historic production and
resources exceeding 4 million ounces of gold.

Quartz-feldspar porphyries of probable Dixcove Suite (or Belt Type) affinity,
intermittently intrude the Bibiani Shear Zone along its entire length. These
intrusives, which host mineralisation at Chirano and are closely related to
mineralisation at Bibiani, are also present along the axis of deformation at
Subranum.

Mineralisation at Subranum appears to be related to quartz veining within broad
zones of sericite-silica-carbonate alteration and associated pyrite and
arsenopyrite development, particularly within quartz-feldspar porphyry bodies.
Whilst high tenor gold values tend to coincide with zones of stronger quartz
vein development, broader zones of lower grade persist into the altered
hangingwall and footwall, even where quartz veining is absent.

Soil sampling to the north of Area 1 encountered thick swamp and drainage areas.
In areas of cover pits we dug down to 2m depth. Results from the work program,
although lower tenor in comparison to the main trend of mineralisation,
delineated broad +10ppb gold haloes along strike from known mineralisation. The
change in regolith along the main trend to the north (grid) of Area 1 has a
direct influence on the tenor results from soil sampling. These broad low-tenor
anomalies are coincident with magnetic low in the geophysical dataset, which are
comparable to those encountered coincident with areas of known mineralisation
along the main trend. A RAB program is currently being designed to better test
the coincident magnetic and geochemical anomalies that extend over 6km of strike
to the concession boundary.

Note: Technical information contained in this News Release has been compiled by
Mr David Lenigas, Cambrian Mining Plc`s General Manager of Mining, who is a
qualified Mining Engineer with more than 5 years reporting experience. All
samples analysed using using the Aqua Regia method for Au only (detection limit
1ppb) at Transworld Laboratories, Ghana. The exploration programme in Ghana is
managed by RSG Global.
Melden

Atlas Consolidated Mining & Development Corporation has
disclosed a clarification regarding a news item published by the
Philippine Daily Inquirer on the Philippine Stock Exchange. The
article reported that "ATLAS Consolidated Mining and
Development Corp. is developing a multibillion-peso nickel
mining project in Palawan. Atlas said in a company document
obtained Friday that the Barong nickel project in Palawan is a
`well-advanced prospect with significant drilling and test pit
work having already taken place. With the Barong nickel project,
Atlas said it was considering 'various alternatives including
(the) sale of shipping grade (ore) material to certain Far East
markets.' Atlas said it also planned to develop a high pressure
acid leach system to process the lower nickel grade but high
cobalt ores at an annual rate of more than 50 million pounds of
nickel. x x x It is finalizing a prospectus, incorporating the
Palawan nickel project and the reopening of the Toledo copper
mine in tandem with its planned listing in the capital markets
of Australia and United Kingdom. Xxx"

Atlas Consolidated Mining and Development Corporation (AT), in
its letter dated 24 September 2001, clarified:

Investika Ltd announced it has acquired a 20 per cent interest in a group of mineral properties totaling 10,587 ha on the island of Palawan, Philippines, with extensive nickel deposits.
The consideration is $US200,000 to the vendors, $US1 million to meet a schedule of expenditures to assist in bringing certain direct shipping ore to production and the issue of 30 million fully paid ordinary shares in the capital of the company.
The major owners of the project, Atlas Consolidated Mining and Development Corporation has conducted a number of pre-feasibility and feasibility studies in past years and outlined a total resource at a cut off grade of 0.9 per cent Ni for limonite and 0.9 per cent for saprolite of 275 million tonnes at a grade of 1.3 per cent Ni and 0.084 per cent Co. Contained nickel is 3.6 million tonnes. Measured, indicated and inferred resources are 2.117 million tonnes of 2.26 per cent Ni at a cut off grade of 2 per cent Ni, based on CIM Resource/Reserve definitions, almost identical to JORC.
First production is planned for November 2004 and first shipment for March 2005. Discussions have commenced with Japanese smelters to take ore at the rate of 225,000 dry tonnes per annum. At a price of $US3.50 per lb with cash operating cost at a production rate of 225,000 dry tonnes per annum estimated to be equivalent to $US1.20 per pound of payable nickel content, an annual pre tax profit of $US5.2 million is forecast. At the current price of $US5 per lb, the profit would be $US12.6 million. 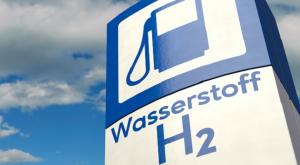