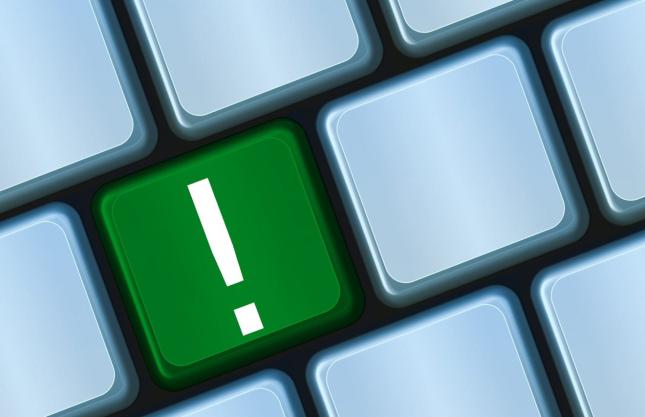 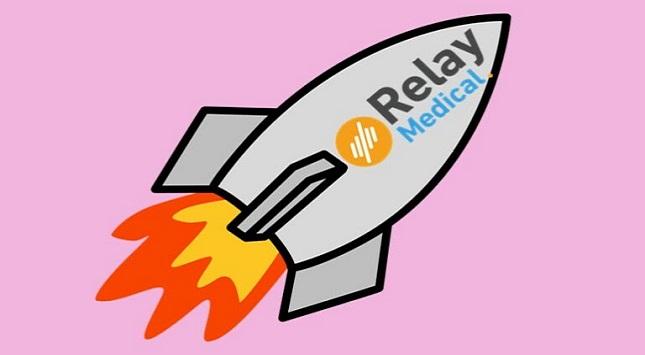 The new manufacturing plant will increase Evergreen Solar's production capacity in Massachusetts by 75 megawatts and double its employee base in the state to more than 600. Evergreen currently operates its prototype production and manufacturing facility in Marlboro, Massachusetts.
"Over the last three years, we have shown that our string ribbon technology is scalable as we have increased annual sales fourfold to approximately $100 million in 2006 through our joint venture in Europe," said Richard M. Feldt, Chairman, President and Chief Executive Officer of Evergreen Solar. "Our new plant in Massachusetts is a natural evolution of this market penetration as we focus on the significant opportunities in the United States. Several states aggressively pursued our planned new facility. Governor Deval Patrick's vision for broad scale solar power adoption, through an innovative solar incentive program and the creative financial incentive programs that the Governor and the Legislature are expected to provide, were key factors in our decision to expand in Massachusetts."

"Governor Patrick is committed to making Massachusetts a global leader in clean energy technology, and having Evergreen Solar build its first large scale US manufacturing plant here is a big step in that direction," said Secretary Bowles. "Today, we are breaking ground not only on a factory, but on the Commonwealth's clean energy future."

Feldt noted that the new factory will use the Company's revolutionary Quad furnace technology with its state of the art automated ribbon cutting feature. This innovative wafer production process provides substantial opportunity to further increase yield, cell efficiency and labor productivity as well as to reduce the Company's already industry-leading silicon consumption.

The support program provided by the state includes $23 million in grants, up to $17.5 million in low-interest loans, and a low-cost 30-year lease of state-owned property in Devens. The new production facility is expected to start shipping product in the third quarter of 2008 and reach full capacity by late 2008 or early 2009.

(RTTNews) - Evergreen Solar (ESLR) gapped open higher on Wednesday morning and gradually climbed through the trading day, building off gains made during the previous session.

The company also announced its Devens, Mass. facility was progressing faster than expected, with management contending it will be able to deliver its first shipment of solar panels by the summer of 2008, a quarter ahead of its previous estimate.

Why Evergreen Solar is the #1 Solar Play...

I've been an investor in this company for 6 weeks and finally realized that we're the #1 play and here is why:

2. It is not because we use half the silicon as anyone else.

3. It is not because we have the best looking chart in all of solar.

4. It is not because we've locked up silicon agreements til 2020.

5. It is not because we have the best technology with String Ribbon.

6. It is not because we built the complete panel from start to finish.

7. It is not because Volume is increaseing and 10x as many people and funds are looking at us.

8. It is not because this stock really hasn't taken off yet.

9. It is not because we are the best looking buyout target in all of solar.

Q-CELLS and REC (Billions in Market Cap) are two of the Largest Solar companies in Europe and the world. They both agree that String Ribbon is the way to go. Yes, even the Germans with their amazing engineering agree that our M.I.T. technology of String Ribbon is the way to go. That is strong confirmation from professionals willing to invest 100's of Millions into EverQ. Also, notice how the Ever comes before the Q in EverQ which stands for Evergreen.

If you're short this stock, you've already lost a tremendous amount of money and will soon lose several times that amount. The Longs now run the show on this stock and the short covering will only help.

I trade. I buy and sell stocks and options. However, I never trade ESLR. I always have my position because this stock has the potential to EXPLODE any minute.

This is just my opinion. Do you own DD.

Also gaining in the early session were shares of Evergreen Solar Inc., which was named a "Top Pick" for 2008 by ThinkEquity Partners.

Analyst Jonathan Hoopes kept a "Buy" and raised his price target on the Marlboro, Mass., solar power developer to $30 from $20, implying he expects the stock to rise nearly 79 percent in the next year, from its close Friday at $16.76.

Hoopes based the move on a 10-year supply contract Evergreen signed last month, citing it as a "sign of confidence" in Evergreen's technology. He also noted the deal means Evergreen has enough polysilicon available to meet its sales growth goals.

Up and Away
Gruß
Melden


NEW YORK (AP) -- Shares of Evergreen Solar Inc. rose Tuesday after an analyst upgraded the company to "Buy" following a recent decline in stock price.
The solar-power product maker's stock gained 43 cents, or 3.6 percent, to $12.23 in afternoon trading. Its stock has fallen about 30 percent so far this year as investors fled the solar-power sector for traditionally safer investments amid recession fears.

He noted that Evergreen is constructing its first commercial production facility in Devens, Mass., has outlined its expansion plans and has entered fixed-price contracts for polysilicon to increase its capacity at a reasonable cost.

The one setback Evergreen may face would be further construction delays at its plant, according to Singh. The Marlboro, Mass.-based company faced some construction glitches due to bad weather, but the project "appears to be on track" for completion in June, Singh said.

“The past year was marked by significant accomplishments for Evergreen Solar,” said Richard M. Feldt, Chairman, CEO and President. “We began our first major factory expansion in Massachusetts and signed five polysilicon supply agreements, including two agreements with DC Chemical Co., Ltd., the second of which was finalized this morning, providing us with 100% of silicon required to both accelerate and increase our annual production to approximately 125 MW in 2009, 300 MW in 2010, 600 MW in 2011 and 850 MW in 2012.”

* Raised approximately $170 million in equity and began the construction on our Devens factory. Phase 1 will be completed by mid 2008 and Phase 2 in early 2009, with a combined annual capacity of approximately 160 MW by early 2010.
* Secured long-term polysilicon supply agreements with DC Chemical, Nitol, Wacker and Silpro, providing 100% of our silicon requirements through 2012 and approximately 12,500 metric tons of silicon through 2019.
* Completed development of the Quad ribbon wafer furnace with automated ribbon cutting which will be used in all future string ribbon facilities beginning with the Company’s Devens location and EverQ’s third factory.
* Opened the second EverQ factory, a 60 MW facility, began the construction of the third EverQ factory, an 80 MW facility, with an expected completion date in early 2009 and announced the expansion of EverQ to 600 MW over the next 5 years.

“Our EverQ joint venture continues to show the impressive financial performance that we anticipated when we formed the JV in 2005, achieving sales of EUR 60 million and operating income of approximately 17% in the fourth quarter. EverQ’s strong fourth quarter financial results clearly demonstrate the compelling economics of our String Ribbon technology and provided the catalyst for Evergreen to achieve profitability for the quarter. During 2008, we will continue our significant capacity expansion and will incur substantial factory start up costs, impacting profitability in 2008. As we have continuously stated, we expect that Evergreen will achieve profitability when Phase 1 of our Devens factory approaches full capacity, which is expected in early 2009”, continued Mr. Feldt.

Worldwide sales of product using our String Ribbon technology, which includes revenues of our Marlboro facility and EverQ, were $104.1 million for the fourth quarter of 2007 compared to $62.9 million in the third quarter and $37.2 million for the same period in 2006. Evergreen Solar reports worldwide sales of product manufactured with its String Ribbon technology as the Company believes it is useful to investors since it provides an indication of the full market penetration and growth of its technology.

Revenues for 2007 were $69.9 million, compared to $102.3 million for 2006 which included $57.3 million in consolidated EverQ revenue. Until December 19, 2006, the date when EverQ’s three partners each became one-third owners, Evergreen Solar consolidated the financial results of EverQ. Since the ownership change, Evergreen Solar has accounted for its investment in EverQ under the equity method.

Worldwide sales of product manufactured with Evergreen Solar's String Ribbon technology, which includes revenues of EverQ, were approximately $252.0 million for 2007 compared to $107.1 million for 2006.

Evergreen Solar, Inc. (Nasdaq:ESLR), a manufacturer of solar power products with its proprietary, low-cost String Ribbon™ wafer technology, announced today that it has signed a second polysilicon supply agreement with DC Chemical Co., Ltd, with shipments beginning in early 2009 and continuing through 2015.

“While polysilicon continues in short supply, this second major supply agreement with DC Chemical reinforces the importance of our relationship with this key supplier and significant Evergreen stockholder,” said Richard M. Feldt, Chairman, President and Chief Executive Officer of Evergreen Solar. “Construction of our 80 MW Devens, Massachusetts facility remains on schedule. We expect first panel shipments in mid-2008 and to reach full capacity by early 2009. The additional polysilicon from DC Chemical in 2009 under this second supply agreement enables us to begin the further expansion of our Devens site this spring and have additional capacity in place by early 2009. By early 2010, the Devens site should have annual capacity of approximately 160 MW.

“We now have sufficient silicon under contract to reach annual production levels of approximately 125 MW in 2009, 300 MW in 2010, 600 MW in 2011 and 850 MW in 2012 and we plan to expand our manufacturing operations at an accelerated pace,” continued Mr. Feldt. “At less than 5 grams per watt today, we believe we are the clear industry leader in efficient polysilicon usage. Our new Quad ribbon technology and continuing efforts to enhance that technology are expected to further reduce our polysilicon consumption to approximately 2.5 grams per watt over the next few years.