VANCOUVER, BRITISH COLUMBIA, Nov 30, 2009 (MARKETWIRE via COMTEX) -- International Tower Hill Mines Ltd. ("ITH" or the "Company") (ITH)(US:THM)(FRANKFURT: IW9) is pleased to announce the results of the independently prepared Preliminary Economic Assessment (PEA) for the Livengood gold project, Alaska. The heap leach PEA produces a robust economic analysis for the project, yielding a life of project annual gold production of 459,000 recovered ounces of gold for 12.6 years, at a 0.78:1 strip ratio, producing a pre-tax NPV(5%) of US $440M, with an IRR of 14.6% using a US $850 per ounce gold price (Table 1, Figure 1) (to view Figure 1 please click on: media3.marketwire.com/docs/ith1130.jpg). The study also shows the deposit has a considerable leverage to gold price, with a pre-tax NPV(5%) of US $1.291B and an IRR of 30.3% at a US $1,050 per ounce gold price (Table 2).

Importantly, the current PEA covers only the heap leach, oxide component of the October 2009 estimated resources, with approximately 40% of the deposit (un-oxidized mineralization) excluded pending the addition of a milling circuit. The current milling metallurgical test work suggests that high gold recoveries can be obtained from all ore types utilizing an initial gravity concentration circuit followed by standard CIL processing of the tails. A second PEA on a joint mill - heap leach operation with an updated resource estimate (addition of data from 70 drill holes) is anticipated for release in the first quarter of 2010.

VANCOUVER, BRITISH COLUMBIA, May 14, 2010 (MARKETWIRE via COMTEX) -- The Board of Directors of International Tower Hill Mines Ltd. ("ITH" or the "Company") (ITH)(US:THM)(FRANKFURT: IW9) has unanimously approved a proposal to undertake a spin-out transaction to segregate its assets into two separate and highly focused companies. Under the terms of the proposed transaction, ITH will retain all assets relating to the Livengood gold project in Alaska, an advanced stage project, together with approximately CAD 41 million in working capital. Corvus Gold Inc. ("Corvus") will hold all of ITH's other existing Alaska and Nevada assets and have approximately CAD 3 million in working capital. A condition of the closing of the transaction will be that Corvus obtains conditional approval for the listing of its common shares on a major Canadian stock exchange.

The transaction is intended to maximize value for ITH shareholders by creating a new exploration focused company that will work to advance ITH's current advanced to early stage exploration properties (four in Alaska and one in Nevada). Corvus will also actively seek out and acquire new prospects. ITH will concentrate on moving the flagship Livengood project towards feasibility and a potential production decision. ITH shareholders will be asked to vote on the proposal at a special meeting of shareholders, expected to be convened in July, 2010. The proposal to be presented to shareholders would result in each ITH shareholder receiving, on the effective date of the transaction, one new ITH common share and one-half of a Corvus common share in exchange for each ITH common share held. Adequate advance notice of the effective date will be provided.
Jeff Pontius, President and CEO of ITH, stated, "The management and Board of Directors of ITH believe that the proposed spin-out is an excellent opportunity for shareholders to fully maximize the value of their holdings. The separation of Corvus as an independent company will provide shareholders with significant leverage to ITH's current exploration assets, the potential of which management believes is not being reflected in the current share price. Furthermore, the proposed spin-out enables ITH's expanding mine development team to fully focus on moving the Livengood project towards a potential production decision."

Jeffrey A. Pontius will retain his position as President and CEO of ITH, and will also be appointed as the CEO and Chairman of Corvus. Dr. Russell Myers, currently Vice-President, Exploration of ITH, will be appointed as President of Corvus to lead exploration and discovery programs in North America. Carl Brechtel, currently COO of ITH, will continue as such to lead the development of the Livengood Gold Project into what ITH anticipates will be a world class gold mine in Alaska. The names of the additional directors and senior management of Corvus are expected to be announced in the near future.

Corvus will initially hold four advanced to early stage projects in Alaska and the North Bullfrog project in Nevada. The primary focus of Corvus will be to leverage its exploration expertise to discover major new gold deposits. Furthermore, Corvus will seek to build a non-operator gold producer with significant carried interests and royalty exposure. To meet this objective, ITH has joint ventured the four Alaskan projects to be transferred to Corvus and anticipates that these projects will have over CAD 8 million in partner funded work taking place in 2010. Corvus will also receive from ITH a 100% interest in the North Bullfrog project in Nevada, which has a number of high priority, bulk tonnage and high-grade vein targets to be addressed with a 10,000 metre drill program scheduled for Fall 2010. In 2010, Corvus anticipates receiving up to CAD 1 million in payments and fees from the four existing Alaskan option/joint venture arrangements, as well as significant issuances of shares from some of the respective optionee companies. Corvus anticipates adding quality projects to its portfolio to which it can add significant value through exploration.

The proposed transaction, which is subject to shareholder approval and regulatory acceptance, including the acceptance for filing by Toronto Stock Exchange (the "TSX") and the approval of the NYSE Amex and the Supreme Court of British Columbia, is expected to be implemented through a plan of arrangement under the Business Corporations Act (BC). ITH is presently in the process of transferring to Corvus all of its interest in the Chisna, Terra, LMS and West Pogo projects in Alaska and its interest in Talon Gold Nevada Inc. (which holds the North Bullfrog Project in Nevada) and CAD 3 million in working capital. Subject to the final approval of the Board of ITH and the fixing of a date for the planned special meeting, ITH shareholders will receive an information circular setting out further details of the proposed spin-out transaction.

Chisna: The Chisna Project covers approximately 840 km2 of State of Alaska mining claims and Ahtna, Incorporated (an Alaska Native Corporation) fee simple ground in an emerging new copper-gold belt in Alaska. The project is targeting large copper-gold porphyry systems similar to the Pebble deposit in western Alaska. To date, two porphyry systems have been discovered that will be drilled in 2010. A number of other targets have been defined that will be followed up on within this 65 kilometre long belt of gold and copper mineralization (see NR08-23 dated November 4, 2008). This project has been optioned to Ocean Park Ventures Corp. ("OCP") which has the right to earn a 51% interest by contributing USD 20 million in exploration expenditures (USD 6.2 million budgeted in 2010), and making staged payments and share issuances, over 5 years. Upon earning the initial 51% interest, OCP may earn an additional 19% by producing a bankable feasibility that delineates a mining project on the Chisna property that produces at least 300,000 gold equivalent ounces per year. For details on the OCP agreement, see NR09-29 dated November 5, 2009, and for details on the agreement with Ahtna, Incorporated, see NR10-15 dated May 6, 2010).

Terra: The Terra Project represents a bonanza grade low-sulphidation epithermal system with an overall strike length of 6 kilometres. Drilling by ITH in 2006/07 in one of four vein structures has defined an estimated inferred resource (as at February 1, 2008) of 428,000 tonnes at an average grade of 12.20 g/t gold (168,000 contained ounces) and 23.11 g/t silver (318,000 contained ounces) at a cutoff of 5.0 g/t gold (see NR08-04 dated February 7, 2008). Two other vein structures have been drill tested with positive results confirming the potential for significant resource additions. The gold at Terra occurs as coarse native gold and can be recovered by simple gravity methods, facilitating it as a potentially rapid development small mining project. The Terra project has been optioned to a private Nevada company, which can earn an initial 51% interest by contributing a total of USD 6,000,000 in exploration expenditures over three years (USD 1,000,000 in 2010) and making staged cash payments of USD 300,000 and issuing 750,000 common shares over the same three-year period (USD 50,000 and 250,000 shares in 2010). Upon having completed its initial contribution, the private company will have the option to increase its JV interest by 29% (to 80% total) by providing a subsequent contribution of an additional USD 3.05 million in funding in the fourth year, paying an additional USD 150,000 and issuing an additional 150,000 common shares. (for details, see NR10-05 dated March 4, 2010).

LMS: The LMS Project covers approximately 57 km2 within the Goodpaster Mining District of Alaska, which hosts the world class Pogo Gold Mine 40 kilometres to the north of the property. Prior drilling by ITH in 2006/07 has defined an estimated inferred resource (as at February 1, 2008) of 5.86 Mt at an average grade of 0.89 g/t gold (167,000 contained ounces) at a cutoff of 0.3 g/t gold (see NR08-05 dated February 13, 2008). The property contains a number of un-tested gold targets that will be the focus of the partner funded exploration in 2010. ITH has signed a binding letter of intent to joint venture the LMS project to First Star Resources Inc. of Vancouver, British Columbia (FS) ("First Star"). Under the terms of the LOI, First Star has the ability to earn an initial 55% interest, and a second option to earn a further 45% for a total 100% interest. To earn the 55% interest First Star will pay USD 280,000 and expend USD 3.5 million on exploration. To acquire a 100% ownership, First Star will fund the project through to an advanced exploration stage by spending a further USD 3 million prior to December 31, 2015, or by producing, filing and having accepted by the TSX Venture Exchange a NI 43-101 compliant inferred resource of two million ounces of gold using a 0.3 g/t cutoff grade, whichever costs less. A net smelter returns ("NSR") royalty of 3% or 4% on gold/silver and 1% on all other products will be payable to Corvus. The royalty can be reduced by 1% by paying Corvus USD 3 million.

West Pogo: The West Pogo project lies 4.5 kilometres west of the Pogo Gold Mine, and is situated along its western property boundary. Work to date by ITH has defined a surface gold anomaly approximately 1.5 kilometres in strike length with potential for high-grade, vein type, gold mineralization (see NR08-26 dated December 1, 2008). ITH has signed a binding letter of intent to joint venture the LMS project to First Star. Under the terms of the LOI, First Star has the ability to earn an initial 55% interest, and a second option to earn a further 45% for a total 100% interest. To earn the 55% interest First Star will pay USD 250,000 and expend USD 2.8 million on exploration. To acquire a 100% ownership, First Star will fund the project through to an advanced exploration stage by spending a further USD 2 million prior to December 31, 2015, or by producing, filing and having accepted by the TSX Venture Exchange a NI 43-101 compliant inferred resource of one million ounces of gold using a 0.3 g/t cutoff grade, whichever costs less. A NSR royalty of 3% or 4% on gold/silver and 1% on all other products will be payable to Corvus. The royalty can be reduced by 1% by paying Corvus USD 3 million.

Jeffrey A. Pontius (CPG 11044), a qualified person as defined by National Instrument 43-101, has supervised the preparation of the scientific and technical information that forms the basis for this news release and has approved the disclosure herein. Mr. Pontius is not independent of ITH, as he is the President and CEO and holds common shares and incentive stock options.

International Tower Hill Mines Ltd. is a resource exploration company, focused in Alaska and Nevada, which controls a number of exploration projects representing a spectrum from early stage to the advanced multimillion ounce gold discovery at Livengood. ITH is committed to building shareholder value through new discoveries while maintaining a majority interest in its key holdings, thereby giving its shareholders the maximum value for their investment. 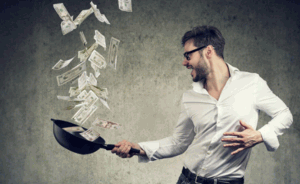