Major Landholder in the Central Mineral Belt of Labrador
Silver Spruce Resources Inc. is a diverse junior exploration company headquartered in Bridgewater, Nova Scotia. The company has been historically focused on uranium, mainly in the Central Mineral Belt (CMB) of Labrador, Canada. With more than 11,882 claims (2,970 square kilometers), of which more than 4,000 are located in the CMB, Silver Spruce is one of the largest land holders in one of the world's premier emerging uranium districts. Silver Spruce is advancing a number of projects in the CMB and received the first ever NI 43-101 resource calculation for the Two Time Zone in April 2008.

Silver Spruce can earn a 100% interest in the Centauro Property, a gold-silver prospect in the Sierra Madre Occidental of Chihuahua State, Mexico. Significant soil anomalies in gold, silver, mercury and barium were defined at Centauro in early 2008 and diamond drilling is underway.

Silver Spruce also holds a 100% interest in the 511-claim CNL base metal project in central Newfoundland where an initial drill program has been completed.

September 30, 2010
Silver Spruce Reports on REE / U Properties in Labrador

September 30, 2010 - Bridgewater, NS - Silver Spruce Resources Inc. (TSXV: SSE) is pleased to announce the results of due diligence exploration carried out by Rare Earth Minerals (TSXV:RA) on the company's Pope's Hill (PH) and RWM rare earth element (REE) properties in Labrador and the start of follow up exploration by SSE personnel on the Pope's Hill and Lobstick properties. The company signed a confidentiality agreement (CA) with RA for due diligence and possible option on the PH and RWM properties in June (News Release June 22, 2010). The RWM property covers the second highest heavy rare earth element (HREE) lake sediment value in Labrador on record. The properties are 100% owned by Silver Spruce (News Release May 6, 2010).

Pope's Hill (PH)
The property consists of 62 claims (1,550 ha) located in the Pope's Hill area along the Trans Labrador Highway (TLH). Rock samples taken in 2006 gave values up to 0.46% zirconium, 0.22% niobium, and 7.9% (TREE + yttrium) with HREEs up to 15% of the total rare-earth component. Three samples gave values > 1% (TREE + yttrium), including two (2) samples > 5%. Samples anomalous in REEs also showed elevated thorium values with the highest thorium and REE values coincident (News Release May 6, 2010). The rock units are granitic gneisses of late Paleoproterozoic age, with some pegmatites.

RA has informed SSE that they are not going to option the property at this time. A follow up prospecting and sampling program using scintillometers to locate radioactive areas was completed by a four man SSE crew in mid September with a total of 39 samples sent for analysis. Results will be reported when received.

RA has informed SSE that they are not going to option the property at this time due to commitments on other claims in the area. SSE will be compiling all the information gained by the RA 2010 exploration, and the exploration work to date is expected to meet the Company's work commitments on the project for the first year.

SSE has acquired another eight claims (200 ha) tied on to the RWM property on the northeast side to protect a coincident U/Th/K radiometric anomaly which was located by the RA airborne survey but which extends off the former claim group to the northeast.

Lobstick (LS)
A four man field party was mobilized to the LS property in late September. Follow up will be targeted at the easily accessible, coincident U radiometric and lake sediment anomalies, and the high La / Be lake sediment anomalies which are considered to be indicative of REE potential, in the southern part of the property. Results will be reported as they are received.

Compilation maps showing the property locations, plus pictures of the Pope's Hill area can be viewed on the company website www.silverspruceresources.com.

Analyses on the Pope's Hill rock samples in 2006 were carried out at the ACME Laboratories facility in Vancouver, BC after sample preparation at Eastern Analytical in Springdale, NL. They were analyzed by a REE package (Group 4B REE), which consists of a 0.2 g sample treated by a LiBO2 fusion followed by an ICPMS finish. All rock analyses are being carried out at the Activation Laboratories (Actlabs) facility in Ancaster, Ontario after sample preparation at their facility in Goose Bay. The analysis is by their Code 8 REE package which uses a lithium borate fusion and then analysis by either ICP or ICP-MS..

ABOUT SILVER SPRUCE
Silver Spruce is a junior exploration company originally focused on uranium in the Central Mineral Belt (CMB) and elsewhere in Labrador, Canada. With interests in more than 7,500 claims totaling more than 1,750 square kilometers in Labrador, Silver Spruce is the second largest landholder in one of the world's premier emerging uranium districts. The company also has gold/silver projects in Mexico and the island of Newfoundland, and rare earth element (REE) properties in Labrador, making Silver Spruce a leading explorer in Canada and Mexico.

This release has been approved by Peter Dimmell, P.Geo., Vice President of Exploration, Silver Spruce Resources Inc., who is a Qualified Person (QP) as defined in National Instrument 43-101. 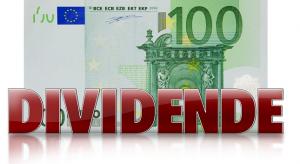