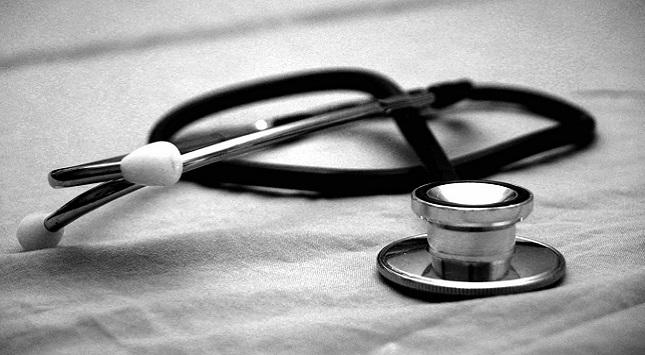 
When the whistle blew, there
was more relief and exhaustion than celebration in the
reaction of the German players. They raised their tired
hands in triumph, but four of them fell to the ground,
spent. Even Oliver Kahn, the goalkeeper and savior of this
quarterfinal match, lay on his back, weary, knowing that
his team was victorious, but not better.

Germany ended the surprising American advance in the World
Cup with a 1-0 victory built the way the United States
feared it might - on a headed goal by Michael Ballack from
a brilliant free kick in the 39th minute. Everyone knew
what was coming. They always do with the Germans. This is
their specialty. Just this once, the Americans showed
vulnerability. Just this once made the difference between
winning and losing.

Four years ago, the overmatched and timid Americans fell
meekly to Germany by 2-0 in the World Cup and finished last
among 32 teams. Tonight they were greatly improved and
confident, pressuring from the beginning, pinning the
Germans in their half of the field for long stretches,
outmuscling a bigger team, creating scoring chances that
only the positioning and reflexes of Kahn prevented.

In the 50th minute, the United States came as close to
scoring as a team possibly can without getting a point on
the scoreboard. Tony Sanneh headed a corner kick from Reyna
and Gregg Berhalter pounced on the deflection, stabbing at
the ball with his left foot as if spearing a martini olive.
The volley bounced off Kahn as he dived to his right and
the ball sprung up into midfielder Torsten Frings as he
guarded the left post, his left arm at a slight angle from
his side.

The ball hit Frings's left arm and never crossed the goal
line, falling to the midfielder's feet, where it was
quickly smothered by Kahn. Several Americans rushed in and
kicked at the ball, but the goalkeeper would not surrender
it. Berhalter and some of his teammates vehemently argued
that a penalty should be called, but Referee Hugh Dallas of
Scotland did not draw a red card on Frings for a hand ball
or award the United States a penalty kick. Frings clearly
did not move his arm. The ball hit him; he did not hit the
ball. Essentially, this is a discretionary call by the
referee. Sometimes it is called a penalty. Tonight it was
not.

"It should have been a penalty," Berhalter said later, but
his disapproval did not escalate into anger. "I don't know
what view the referee had," he added. "Don't blame it on
him."

He remembered that John O'Brien had gotten away with a
clear hand-ball in the second round against Mexico. "I'm
not complaining," Berhalter said. "You win some, you lose
some."

Coach Bruce Arena also shrugged off the noncall as part of
the game.

"We're not going to sit here and cry," Reyna said. "You
can't blame the officials. They didn't see it. We created
enough chances ourselves that we should have put one in."

The only goal came after midfielder Eddie Lewis was
whistled for manhandling Frings on the right flank. Germany
was awarded a free kick from 30 yards. Christian Ziege bent
a left-footed ball perfectly, and Ballack reached it at
full speed along with Berhalter and Sanneh. They all
arrived at the same time, like sprinters at the tape, but
Ballack jumped at the perfect moment and headed the ball
sharply past Brad Friedel.

It was a classic German goal, a set piece: the ball lobbed
into the box and a tall, determined player rushing in for
the finish.

"We knew they were great on set pieces," Friedel said.
"They put in a great goal."

The United States will leave this tournament with mixed
feelings, proud for advancing further than most everyone
believed it could or would, but frustrated at not going
further. This is the first time the Americans had played in
the quarterfinals of a World Cup in 72 years. Still, there
are no moral victories at this rarefied stage of
international soccer.

The United States is improving, but it still does not yet
belong among the first tier of the world's teams. Germany,
a three-time champion, advances to the semifinals for the
first time in 12 years, to play the winner of Saturday's
match between South Korea and Spain.

"We were so close," forward Landon Donovan said. "It's not
like we didn't have chances. They didn't dominate us. It
was in our hands. It just didn't work out."

In the seventh minute, the Germans showed exactly what they
thought of the Americans: that they could shove them
around. On a restart, midfielder Bernd Schneider walked up
to Lewis and shoved him in the chest. Unlike four years
ago, the Americans shoved back. Pablo Mastroeni later
pushed Schneider to the ground. Berhalter tossed forward
Oliver Neuville as if he were a discus. Eddie Pope muscled
Miroslav Klose, the leading scorer in the World Cup, until
he had pushed him completely out of the penalty area.

And the Americans had their chances. In the 17th minute,
Donovan did a two-step around defender Thomas Linke,
pushing the ball one way and going the other, but Kahn
dived to his right and deflected a hard shot wide. "His
hand came out of nowhere," Donovan said.

Donovan broke free again in the 30th minute, charging in on
Kahn, but the goalkeeper waited patiently, easily stopping
the point-blank shot, holding his right hand up as if he
were a crossing guard.

Sanneh played superbly, going forward, pushing German
forwards off the ball, holding the ball, red-lining his
aerobic capacity. He plays professionally in Germany, and
he had much impetus tonight to show how seriously he
belongs. In the final minutes, he remained upfield, needing
just one chance to tie the game, getting it in the 89th
minute when Clint Mathis sent a crossing pass from the
right flank. Sanneh got his head on the ball, like a fist
punching a bag, but the shot angled just outside the left
post. That was the difference tonight. Inches.

"If anything, this demonstrated to the world that the U.S.
belongs here," Arena said, adding, "and possibly that the
U.S. deserved to go a step further."