T. Rowe Price 2019 Midyear Market Outlook: Time To Navigate Crosscurrents, Not Time To Be A Hero

NEWS
On the heels of a tough 2018 for many major financial markets, the uptick for much of the first half of 2019 has been swift and dramatic. In U.S. equities, the S&P 500 and Nasdaq indexes tested new highs after skirting with bear market territory in December 2018. International equities also got off to a generally strong start in 2019, with China leading the pack ahead of Europe, Japan, and emerging markets. In fixed income, virtually all corners of the market, from high quality to below investment grade, have been outstanding in the first half of 2019. High yield and emerging markets, particularly, bounced back strongly after a difficult 2018.

Heading into the second half of 2019, senior T. Rowe Price investment leaders remain cautiously positive in their outlooks about global economies and financial markets, but they warn that escalating trade disputes and populist politics in many regions have created notable downside risks.

Monetary expectations have shifted dramatically since the beginning of the year, with the Federal Reserve now seen as likely to cut interest rates before the end of 2019. Growth in Europe has weakened, as the region's vulnerability to trade risks and China's slowing economy have become more apparent. Unresolved Brexit issues continue to loom as a threat. Global central banks would like to normalize monetary policies and gradually raise interest rates, but they are constrained by disappointing economic data.

Rob Sharps, Head of Investments and Group Chief Investment Officer
"We've had a long bull market and a long economic expansion. We're navigating crosscurrents right now, but I don't see any significant dislocations. While we remain constructive long term, it's also a challenging time to find good investment opportunities. Markets are near highs and risks are rising, so it's not time to be a hero. It's a good time to be diversified, invest strategically, and have your shopping list ready in case stocks pull back and go on sale."

"For investors, this is an interesting time when risk assets like stocks have performed well, but so have risk-off assets such as U.S. Treasuries and the dollar. It's a tug-of-war that's likely to be resolved in the second half of the year and will depend on whether we see some form of resolution to the trade conflict and whether we get some improvement in global economic growth. We're still a long way away from an absolute level of interest rates that would make it difficult for stocks not to be a relatively attractive asset class."

"The trade war presents significant issues that are starting to have real-world impacts on risk assets and on economies. Although the U.S. and Mexico reached a trade deal that appears to avoid tariffs, there seems to be a resolve in the U.S. not to accept a deal with China that would be perceived as weak. On that front, there may be more pain before we reach a point where there is a greater sense of urgency."

Justin Thomson, Portfolio Manager and Chief Investment Officer, Equity
"There is some concern that Europe might be entering a liquidity trap in which lower interest rates don't stimulate economic growth. That has essentially been the case in Japan since 1999, where even zero interest rates haven't spurred growth. For European equities to perform en bloc, you need banks to perform well, and that requires an upward-sloping yield curve that we're not seeing right now."

"The trade war between the U.S. and China is metastasizing into a technology war. This could make settlement harder, as both countries may believe that critical technology advantages are at stake."

"Emerging market equities are subject to global capital flows. In the short term, a trade war and a strengthening dollar are not helpful. But in the longer term, emerging market equities are compelling. Their currencies are very cheap and oversold at the moment. In addition, emerging markets are now less about where you can invest and more about what you can invest in, as industries have expanded in recent years. Many emerging markets now have flexible exchange rate regimes that have provided a cushion against exogenous shocks and, as it is with more mature asset classes, we are seeing a greater dispersion of returns. These things augur well for long-term returns from emerging markets. But, to be sure, it will pay to be selective."

Mark Vaselkiv, Chief Investment Officer, Fixed Income
"In the U.S., the probability for a potential for an interest rate cut sometime in 2019 is growing. We would not be surprised to see a cut of 0.25% at some point later in the year, particularly if the trade war persists, impacting market volatility and economic growth. The futures market appears to be anticipating three rate cuts between now and the end of 2020. So, the fixed income markets and the equity markets may have decoupled a bit in their respective outlooks."

"Fixed income performance tends to have three distinct phases. One takes place in strong markets, when bond returns include capital appreciation, as we saw earlier this year. The second phase takes place in a so-called carry environment, in which prices, yields, and spreads remain fairly stable, so you essentially earn income from a bond's coupon. The third phase is capital preservation, when things get much worse and bonds become a defensive strategy. We are not at that point. I would say we're in the second phase. And even if we see a sharp correction, the bond market has proven its reliance over time and bounced back nicely."

"Since all emerging countries revolve economically around China, a deep and prolonged trade war would have serious implications. The Chinese government is formidable and tenacious, and they play the long game. They could make things very difficult for the United States over the next 18 months ahead of the 2020 presidential election." 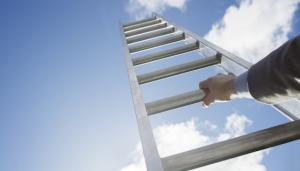