PRF: Consolidated Unaudited Interim Report of AS PRFoods for the 2nd quarter and 6 months of 2019/2020 financial year

The first half of this financial year (2HY 2019) was successful for the Company. Despite the decline in sales, we were able to significantly improve overall profitability and capital efficiency.

The second half of 2019 was characterized by a more than 8% decline in salmon and trout market prices, which resulted in Finnish retail chains expecting lower prices for smoked products in the private label segment. To maintain profitability, we decided to reduce the supply of hot and cold smoked products in the Finnish retail market during this period. We were able to partially replace the decline in the turnover of smoked products with sales of fish and fish fillets and other fish products. In the first half of 2020, prices for the private label segment of smoked products are recovering and we will continue with deliveries at the same level as last year.

We will continue to merge the business activities of Estonian and Finnish companies and create synergies, especially in product development and sales in both domestic and export markets. The legal merger of the Finnish companies Heimon Kala and Trio Trading took place on 31.01.2020, which resulted in the centralization of the companies’ management and key business functions. In Estonia, we have launched a Finnish-Estonian joint brand – Heimon Kala, and for the first time entered the Estonian retail market with rainbow trout farmed in Saaremaa. In the coming years, the priority of product development is to enrich the value of fish farmed in our fish farms.

With regard to fish farming, we have received a positive response from Sweden to expand existing fish farms. In Estonia, we continue increasing the existing farm and applying for new farming licenses. We continue to make the necessary preparations to increase the volume of quality raw material from our fish farms.

The John Ross Jr.'s renewed brand was launched at the end of last quarter and in the coming periods we expect the new brand to generate revenue growth in the UK market.

As signs of threats, we have to highlight the increased competition in the Finnish market which has led to a decline in retail prices compared to the same period last year. The listeria scandal that hit the Estonian fishing industry had a significant impact on the overall retail market, but did not have a significant impact on the total sales of PRFoods as the share of the Estonian market in the Company's total turnover is small.

In the light of the listeria scandal, we can confirm that the PRFoods companies have successfully passed all additional controls and that the Group's production units have international quality management certifications. In addition, our factories are regularly audited by our major counterparties and these audits are performed with near-maximum results. The biggest role here is played by the internal quality management of our companies, including the day-to-day controls in our laboratories, from the purchase of raw materials to the dispatch of the product, and the professionalism of our staff.

The Brexit, which came into effect on 31.01.2020, will have no effect on our UK companies this financial year, however, it is unclear what the long-term impact will be once the transition period ends.

It is also unclear whether and to what extent will the long-term effects of the outbreak of the coronavirus be on commodity exports. Early 2020 saw a decline in demand, and it also made it more difficult to forecast the price of salmon in a situation where deliveries of salmon producers to Asia were hindered.

There are major factory modernizations in Estonia and Finland as well as changes in the product portfolio planned for this calendar year, which may result in short-term sales and profit decrease compared to the previous period.

Taking into account the above and the increased risks of the global economy, PRFoods will forego the estimates of turnover and profit for the current financial year made at the end of the previous financial year. If the Company decides to issue an updated forecast, it will notify accordingly.

On the positive side, we would like to point out that PRFoods successfully completed a non-public bond issue in early 2020, which resulted in short-term liabilities of 9 million euros becoming long-term, releasing thereby short-term cash flows of approximately 2 million euros per year. In the first quarter of 2020, the Company also plans to carry out an additional public issue of bonds.

In order to achieve the goals in the following periods, the Group has strengthened its management in both product development and financials. Our people have worked hard to develop the Company and improve its profitability. PRFoods’ balance sheet, production and customer base are strong, and we look expectantly to the future.

Making big changes is always difficult for employees and I am very grateful that our people are enthusiastically embraced the changes and given their best.

Consolidated Statement of Profit or Loss And Other Comprehensive Income

Member of the Management Board 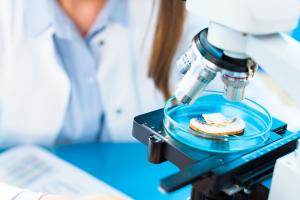