FLNG operations: FLNG Hilli maintained its 4+ year unbroken record of 100% uptime during Q2. Distributable Adjusted EBITDA1 from FLNG Hilli was $92.5 million for the quarter, of which Golar's share was $62.5 million. On July 27, 2022, Hilli customers Perenco Cameroon S.A. and Société Nationale des Hydrocarbures declared 0.2MTPA of their TTF linked optional production from 2023 until the end of the current contract in July 2026. On August 9, 2022 Golar entered into swap arrangements to hedge approximately 50% of Golar's exposure to the 2023 TTF linked production, securing around $80.0 million of 2023 Distributable Adjusted EBITDA1. Based on current average 2023 TTF gas prices for the remaining unhedged portion, Golar’s share of 2023 TTF linked gross proceeds from the TTF linked volume is expected to be $160.0 million. Including the Brent oil forward curve ($88/bbl), and the fixed tariff, Golar's share of Distributable Adjusted EBITDA1 from Hilli is expected to be approximately $305.0 million in 2023. Golar's share of forecast 2023 total annual debt service for Hilli's contractual debt is approximately $50.0 million (debt amortization of approximately $29.0 million and interest of approximately $21.0 million).

FLNG Gimi construction: Conversion of FLNG Gimi for its 20-year contract with BP scheduled to commence in Q4 2023 is 86% technically complete. During the quarter Golar and Keppel Capital, together the owners of FLNG Gimi, agreed to a $50.0 million incentive payment to Keppel Shipyard for initiatives to safeguard sail away within H1 2023. Golar owns 70% of FLNG Gimi, hence $35.0 million of the incentive payment will be for Golar's account. This will initially be funded from cash on hand. Once commissioned and delivered to the customer, FLNG Gimi is expected to unlock around $3.0 billion of Earnings Backlog1 to Golar, equivalent to $151 million in annual Adjusted EBITDA1. The commercial start-up of FLNG Gimi together with the commodity linked production from FLNG Hilli could result in Golar's share of annual Adjusted EBITDA1 generation from FLNG Hilli and FLNG Gimi exceeding $400.0 million within 2.5 years.

FLNG business development: Multiple new client engagements during the quarter as well as strong development of the existing FLNG growth pipeline across both integrated and tolling based projects.

Yard availability and updated pricing for both MKI and MKII designs was confirmed during the quarter, and in discussion for MKIII. Indicative pricing suggests a capex per ton of liquefaction capacity of between $500-600 million/ton. Both MKI and MKII designs can be delivered within 2025 if ordered during 2H 2022. Competitive construction and long-term lease financing term sheets for FLNG growth projects have been received.

Golar is ramping up construction engineering work and planning to order long-lead items during H2 for a MKII design FLNG, with a liquefaction capacity of up to 3.5MTPA. A suitable conversion candidate vessel has been identified and inspected.

Based on progress across the FLNG growth portfolio the Company maintains its target for FLNG announcement within 2022.

FSRU: Italian energy infrastructure company Snam and Golar signed two contracts. The first contract will see Golar convert the last of its trading steam turbine LNG carriers, Golar Arctic, into a FSRU. After its conversion, ownership of the Golar Arctic will be transferred to Snam who will pay €269.0 million for the completed FSRU. Following Snam's issuance of a Notice-to-Proceed, the conversion is expected to take up to two years. Golar will continue to trade the vessel as a carrier until it enters the yard for conversion.

The second contract saw Snam acquire the FSRU Golar Tundra for $350.0 million. After repayment of vessel debt and fees, Golar received net proceeds of $193.1 million in cash. Golar has agreed to lease the vessel back from Snam and trade it as an LNG carrier until November 2022, generating incremental earnings that will be reported in discontinued operations until Q4 2022. Golar also expects to enter into a development agreement to assist Snam with technical work on the vessel before start-up of FSRU operations.

Golar reports today Q2 net income attributable to Golar of $230.0 million. Golar also reports Adjusted EBITDA1 of $101.0 million inclusive of FLNG Hilli and LNG carrier Golar Arctic but excluding the FSRU Golar Tundra that was sold to Snam on May 31, 2022, and the TFDE carriers, The Cool Pool Limited, and Golar's shipping and FSRU management organization sold to CoolCo during the quarter. Pro-rata Q2 results associated with these assets and entities are reported in discontinued operations.

On May 17, 2022 Golar entered into agreements with Snam relating to the conversion and subsequent sale of the converted LNG carrier Golar Arctic. Although ownership of the converted FSRU is not expected to transfer for up to 3-years, the transaction triggered an immediate impairment test. As the carrying value of the vessel exceeds its fair value as a carrier as of June 30, 2022, an impairment charge of $76.2 million has been recognized. The sale is expected to generate net positive cash and a gain on sale upon completion.

FLNG Hilli production over and above the quarter's pro-rata share of 1.4 million tons of full year 2022 contracted production resulted in the recognition of $10.2 million of Other operating income during the quarter.

The pricing of the 6.2 million NFE shares sold on April 6, 2022 was less than their carrying value and a $11.2 million realized loss was recorded. A decrease in the NFE share price between April 1 and June 30 also resulted in the recognition of a Q2 unrealized mark-to-market loss of $37.8 million on Golar’s remaining 12.4 million NFE shares in Other non-operating losses. The fair value of these shares was $39.57 per share as of June 30, 2022 (price as of August 9, 2022 was $54.92). Together with $1.2 million of dividend income from NFE, this collectively contributed to most of the $45.1 million of Other non-operating losses during the quarter.

As of June 30, 2022 Golar had $528.8 million of cash and cash equivalents and $91.5 million of restricted cash. Restricted cash includes $16.7 million relating to the Hilli lessor-owned VIE. Total Golar Cash1 therefore amounts to $603.5 million. This includes $253.0 million of net proceeds from the sale of NFE shares, $193.1 million net proceeds from the sale of FSRU Golar Tundra, repayment of the $131.0 million Corporate RCF, and settlement of the $66.4 million legacy UK tax lease case. The full $200.0 million undrawn Corporate RCF continues to be available for future drawdown and is secured by Golar's remaining 12.4 million NFE shares.

(2) Assumed unchanged from June 30, 2022
(3) Based on market value of NFE and book value of CoolCo and Avenir LNG Limited.

Inclusive of $13.3 million of capitalized interest, $107.3 million was invested in FLNG Gimi during the quarter, increasing the total FLNG Gimi Asset under development balance as at June 30, 2022 to $1.1 billion. Of this, $535.0 million had been drawn against the $700 million debt facility. Both the investment and debt drawn to date are reported on a 100% basis. During the quarter the Gimi owners (of which Golar owns 70%), agreed to pay Keppel Shipyard an additional $50.0 million in order to safeguard a 1H 2023 sail away. This increases the capital cost of FLNG Gimi to $1.43 billion, of which around 10% is payable whilst the vessel will receive a reduced rate of hire during commissioning and post customer acceptance full rate hire. Golar's share of remaining capital expenditure to be funded out of equity and cash from commissioning hire and operations, net of the Company's share of remaining undrawn debt amounts to $228.0 million.

Included within the $366.8 million current portion of long-term debt and short-term debt as at June 30, 2022 is $359.6 million in respect of the Hilli lessor-owned VIE subsidiary that Golar is required to consolidate. Contractual Debt1 attributable to Golar amounts to $1.0 billion. Net of Total Golar Cash1 of $0.6 billion, Net Debt1 therefore falls to around $0.4 billion. If the value of Total Golar Cash and Listed Securities1 as of June 30, 2022 is taken into account, this figure becomes net cash of $0.3 billion. Assuming current commodity prices prevail, Golar's share of 2022 Adjusted EBITDA1 is on track to exceed $200.0 million, $250 million in 2023 and $400 million in 2024. Offering strong debt coverage, near-term earnings power and meaningful growth potential that can be financed, Golar is well positioned to support a final investment decision on at least two of the several new FLNG projects it is working on.

Corporate and Other Matters:

As at June 30, 2022, Golar had 107.8 million shares issued and outstanding. There were also 1.0 million outstanding stock options with an average price of $15.49 and 0.2 million unvested restricted stock units. Subsequent to the quarter end 0.1 million performance stock units were also awarded. These will vest over a three year period commencing July 2022. Of the initial $50.0 million approved share buyback scheme, $14.5 million remains available for further repurchases which will continue to be opportunistically pursued. The Annual General Meeting was held on August 10, 2022.

In addition to disclosing financial results in accordance with U.S. generally accepted accounting principles (US GAAP), this earnings release and the associated investor presentation contains references to the non-GAAP financial measures which are included in the table below. We believe these non-GAAP financial measures provide investors with useful supplemental information about the financial performance of our business, enable comparison of financial results between periods where certain items may vary independent of business performance, and allow for greater transparency with respect to key metrics used by management in operating our business and measuring our performance.

These non-GAAP financial measures should not be considered a substitute for, or superior to, financial measures calculated in accordance with GAAP, and the financial results calculated in accordance with GAAP. Non-GAAP measures are not uniformly defined by all companies, and may not be comparable with similarly titled measures and disclosures used by other companies. The reconciliations from these results should be carefully evaluated.

Please see Appendix A for a capital repayment profile for Golar’s contractual debt.

(1) Total Golar Cash and Listed Securities is based on net book value of our equity method investments and the listed securities as of the period end date.

Non-US GAAP Measures Used in Forecasting
Earnings Backlog: Earnings backlog represents the share of contracted fee income for executed contracts less forecasted operating expenses for these contracts. In calculating forecasted operating expenditure, management has assumed that where there is an Operating Services Agreement the amount receivable under the services agreement will cover the associated operating costs, therefore revenue from operating services agreements is excluded. 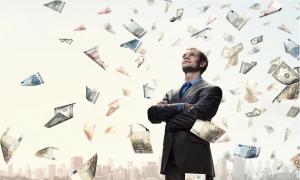