Mining the 3rd Dimension for Bigger Profits
By IAN AUSTEN

MISSISSAUGA, Ontario - When "The Polar Express" was released in 2004, one piece of the film's technology attracted public attention: Tom Hanks and the rest of the cast wore digital sensors to capture their movements and help recreate them for the movie's computer animation.

Now another technology is doing for the movie's financial performance what the sensors did for its creative side. The film is the first Hollywood production converted to a new wide-screen three-dimensional format for Imax theaters. So far, "The Polar Express: An Imax 3-D Experience" has generated $45 million, about a quarter of the film's total domestic box office.

Imax, with a big-screen format best known to a generation of schoolchildren for science center attractions like "Roar: Lions of the Kalahari," has turned into another profitable outlet for big-budget Hollywood movies, the result of a new software developed to convert standard 35-millimeter film to larger formats.

Recent films like "The Matrix: Reloaded," "Harry Potter and the Prisoner of Azkaban" and "Star Wars: Episode II - Attack of the Clones," have had successful Imax runs in addition to their initial releases, drawing in customers who in many cases had already seen the movies in conventional theaters.

"It's carving out a new distribution platform for event films," said Dan Fellman, the president of domestic distribution for Warner Brothers Pictures, the distributor of "The Polar Express." "It's another window I'm getting revenue from before the films goes to video and that revenue stays in my box office results."

After the success of "The Polar Express," some in Hollywood see Imax's 3-D format, which requires the audience to wear glasses with either polarized lenses or electronic shutters, as one more way to capitalize on the company's technology. Mr. Hanks, who is an executive producer of "The Polar Express" as well as its star, called the system "a boon for certain films," adding that 3-D versions of films potentially "can play in Imax for as long as the audiences keep showing up."

"The 3-D Imax process holds the best promise ever for feature-length 3-D movies because it actually works," Mr. Hanks wrote in an e-mail message.

For Imax, which reported net earnings of $10.2 million in 2004, up from less than a million in 2003, the success of "The Polar Express: An Imax 3-D Experience" is another step in the long process of revitalizing a company that just five years ago was unable to find a buyer.

The Imax system was one of several technologies that emerged from experimental film systems developed for the 1967 World's Fair in Montreal. The system allows film to pass horizontally through projectors, allowing for much larger film size. When that technology was combined with 70-millimeter film, Imax came up with a frame that has about 10 times the area of a conventional 35-millimeter movie.

After its debut at the 1970 World's Fair in Osaka, Japan, Imax evolved into an operation that built and leased theaters for science centers and museums and helped produce educational features, generally movies that were just 45 minutes long because of enormous film and production costs. In 1986, the company introduced 3-D Imax, adding to the thrills of its customers but doubling the costs of production.

Richard L. Gelfond and Bradley J. Wechsler, the current co-chairmen and co-chief executives of Imax, bought the company with help from an investment house in 1994. To Mr. Wechsler, the solution to growing Imax beyond nature films was obvious.

"We knew then what people would say if you asked them what they wanted to see on Imax: the biggest, latest Star Wars film," he said in an interview at the company's headquarters in suburban Toronto.

Fulfilling that desire was difficult. When Mr. Wechsler and Mr. Gelfond ordered up a few experimental Imax films made from negatives of conventional movies, the results were grainy and blurry.

And they also found technology was not their only problem.

"We were a little surprised by the degree to which the marketplace for Imax, which was institutions and science centers, had become ingrained in the culture of Imax," Mr. Gelfond said. The challenge, he said, was getting those at the company to think "in a more entrepreneurial way."

After failing to sell the company in 2000, Mr. Gelfond and Mr. Wechsler expanded two operations. The company developed an image-processing software to scan a 35-millimeter movie and then, frame by frame, digitally reconstruct the image to eliminate grain and sharpen the picture. And the company went ahead with the development of a less expensive and more compact projector that allows exhibitors to convert existing multiplex screens to Imax theaters. There are now 248 Imax screens worldwide.

An earlier movie, "Apollo 13," became the first commercial release to receive the digital treatment. "Apollo 13: The Imax Experience" which appeared in the fall of 2002, seven years after the original film, was considered both a technical and aesthetic success.

"The surprise of 'Apollo 13' in Imax is that the close-up shots actually work - the massive screen does not make such shots, at the worst, grotesque or, at the least, strange," Mr. Hanks, who also starred in the film, wrote in his e-mail message.

The film established Imax in Hollywood. "After 'Apollo 13,' " Mr. Gelfond said, "George Lucas came to us."

Since then, Imax has refined the conversion process, reducing the time required for transfer and allowing Imax versions to be released simultaneously with first-run features. "Apollo 13" took 99 days to convert, while the new animated film "Robots" took 11 days, in what is now a largely automated process. While Mr. Fellman said that exhibitors were initially concerned that Imax releases would cannibalize their business, the experience to date has been that it expands the audience in several ways.

"It has brought in a different demographic," Mr. Fellman said. Commercial theaters with Imax screens often lure people who might otherwise not go to the movies. Similarly, Warner Brothers has found that many people now see new films on conventional screens and then return later to watch them again on Imax, even though they are charged a premium for the format.

Shari E. Redstone, the president of National Amusements, which owns 1,350 screens including five Imax conversions, said one appeal of Imax for her is its ability to change perceptions about movie houses.

"I don't just evaluate the success of Imax on how much incremental revenue I bring into the theater," she said.

Ms. Redstone is, perhaps surprisingly, also interested in exploiting the library of traditional Imax films. National Amusements is developing educational programs using older titles to bring children into its theaters at times when the screens would otherwise be dark.

Ms. Redstone still views Imax as a bit of an experiment. Like many others in the movie industry, she found the 3-D Imax release of "The Polar Express" to be an unqualified success. "The 3-D is the key to their success, they're going to have to come up with more of it," she said. "The 2-D films are not enough of a different experience."

Right now, Imax is attempting to integrate the 3-D conversion process into its conventional conversion software. For "The Polar Express," Imax worked in conjunction with Sony Picture Imageworks, a visual effects house in Culver City, Calf., to create the big-screen version. " 'The Polar Express' formatted into 3-D relatively easily - just some costly clicks of the mouse," Mr. Hanks wrote.

But "The Polar Express" was a computer animated film, and the question for Imax is whether it can convert live-action films as well. Already, at Imax's headquarters, there are a few soundless minutes of footage from "Spider-Man 2" that have been rendered in 3-D using a variation of the Imax's automated digital conversion technology.

"The thing for Imax to do now is to find the most effective way to make 3-D," said Mr. Fellman of Warner Brothers. "This is something that's definitely going to find a consumer."

LOS ANGELES, May 24, 2010 (GLOBE NEWSWIRE) -- IMAX Corporation (Nasdaq:IMAX) (TSX:IMX) and DreamWorks Animation SKG, Inc. (Nasdaq:DWA) today announced opening weekend results for Shrek Forever After, the final chapter in the Shrek film series. The film generated approximately $4.8 million from 194 IMAX® theatres domestically from Friday May 21 through Sunday, May 23, representing approximately 7% of the film&#39;s total gross of $70.8 million on 2% of the screens and domestic per screen average of approximately $25,000. Internationally, the film generated an estimated $750,000 from 12 IMAX theatres, for an international per screen average of approximately $62,500.
Melden 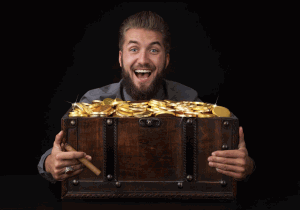