AMD stepped out of Intel's shadow last week with the official launch of the first Windows-compatible 64-bit processors, but UK system builders may already find them hard to get.

The company has unveiled four Athlon 64 processors for PCs and notebook designed to offer comparable performance to Intel's leading 32-bit Pentium 4 processors while future-proofing customers for the arrival of 64-bit software applications.

But the small amount of early stock has already been snapped up, according to distributor Microtronica.

"It has sold out," said Les Billing, managing director of Microtronica. "Supply has been constrained and the channel has not got a lot of it.

"The product is going to come through but in small quantities to start with. I'm sure AMD (nyse: AMD - news - people ) will be able to ramp up production fast to cope with the demand."

The chips will appeal initially to enthusiasts, early adopters and gamers, arriving in time for the Christmas rush. Among the big PC brands supporting the new processor, Fujitsu Siemens (nyse: SI - news - people ) and Packard Bell have already announced Athlon 64 systems, with HP (nyse: HPQ - news - people ) planning to introduce one in the fourth quarter.

Hector Ruiz, chief executive of AMD, said: "AMD is taking a lead role in shaping the future of the computing industry by putting the power of AMD 64 technology at the fingertips of PC users around the world.

"The growing number of people looking for cinema-quality PC performance that transforms imagination into reality can now realise their dreams."

Roger Kay, an industry analyst at IDC, said: "With 64-bit technology, gamers, enthusiasts and even ordinary mortals who yearn for a better computing experience will be overwhelmed.

"This type of performance hardware allows software developers to unleash their creativity on the next generation of applications." 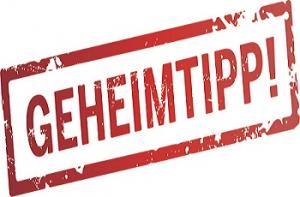