All 2019 figures in this release are unaudited and estimated due to the preliminary nature of the announcement. WISeKey plans to issue its full year 2019 audited results before March 31, 2020 and conduct a conference call (details will be announced at a later date).

Carlos Moreira, WISeKey’s Founder and Chief Executive Officer noted, “2019 was a transformational year for WISeKey.  Following the sale of the SSL/TLS PKI business, WISeKey has become a vertically integrated Identity Management/IoT/Blockchain service provider with a unique trust model. While Blockchain is an emerging technology still in its infancy, and many technology providers are struggling to create a winning Blockchain solution, WISeKey with its unique trust model is already generating substantial revenue from this segment.  As Blockchain technology matures and demand for IoT security continues to gradually accelerate, we expect our revenue from this segment to increase and profitability to improve.

“In 2019, we experienced increased demand for our products (hardware and software) and services from existing and new/potential clients, while the release of new proprietary solutions with strong cybersecurity offerings, accelerated new customer acquisitions and increased our geographic footprint.  Additionally, we further enhanced our position in the Identity Management/IoT/Blockchain segment through the establishment of several partnerships with leading players in the space. As we continue to execute our growth strategy, I am confident that we have the talent, vision and experience to continue gaining market share in 2020 and beyond.”

In January 2019, we received net cash proceeds of $35.8 million (total sale price of $45 million) from the sale of our SSL/TLS PKI business. WISeKey used the cash proceeds to repay in full the Line of Credit with ExWorks Capital Fund I, L.P. in the amount of $25.3 million. This substantially improved the Company’s financial position and paved the way for significant investments in growth initiatives.

Growth Strategy
WISeKey expects the deployment of its new product NanoSEAL®, the continued traction of several other new blockchain and IoT products released in 2019, and further expansion of its operations in the U.S., China and Saudi Arabia to provide new revenue streams in 2020 and 2021.

WISeKey’s growth strategy also includes the implementation of the Ines and Foresight Platform which is designed to seamlessly integrate WISeKey’s technologies into an Internet of Objects platform.  The Ines and Foresight Platform is being used by  smart car manufacturers, dealers and suppliers to validate the authenticity of different vehicle components, protect onboard communication between vehicle components, access car components to securely provide over-the-air software updates and diagnose mechanical/technical issues from any location.

About WISeKey
WISeKey (NASDAQ: WKEY; SIX Swiss Exchange: WIHN) is a leading global cybersecurity company currently deploying large scale digital identity ecosystems for people and objects using Blockchain, AI and IoT respecting the Human as the Fulcrum of the Internet. WISeKey microprocessors secure the pervasive computing shaping today’s Internet of Everything. WISeKey IoT has an install base of over 1.5 billion microchips in virtually all IoT sectors (connected cars, smart cities, drones, agricultural sensors, anti-counterfeiting, smart lighting, servers, computers, mobile phones, crypto tokens etc.).  WISeKey is uniquely positioned to be at the edge of IoT as our semiconductors produce a huge amount of Big Data that, when analyzed with Artificial Intelligence (AI), can help industrial applications to predict the failure of their equipment before it happens.
Our technology is Trusted by the OISTE/WISeKey’s Swiss based cryptographic Root of Trust (“RoT”) provides secure authentication and identification, in both physical and virtual environments, for the Internet of Things, Blockchain and Artificial Intelligence. The WISeKey RoT serves as a common trust anchor to ensure the integrity of online transactions among objects and between objects and people. For more information, visit www.wisekey.com.

Disclaimer:
This communication expressly or implicitly contains certain forward-looking statements concerning WISeKey International Holding Ltd and its business. Such statements involve certain known and unknown risks, uncertainties and other factors, which could cause the actual results, financial condition, performance or achievements of WISeKey International Holding Ltd to be materially different from any future results, performance or achievements expressed or implied by such forward-looking statements. WISeKey International Holding Ltd is providing this communication as of this date and does not undertake to update any forward-looking statements contained herein as a result of new information, future events or otherwise.
This press release does not constitute an offer to sell, or a solicitation of an offer to buy, any securities, and it does not constitute an offering prospectus within the meaning of article 652a or article 1156 of the Swiss Code of Obligations or a listing prospectus within the meaning of the listing rules of the SIX Swiss Exchange. Investors must rely on their own evaluation of WISeKey and its securities, including the merits and risks involved. Nothing contained herein is, or shall be relied on as, a promise or representation as to the future performance of WISeKey.

On December 21, 2018, WISeKey signed a sale and purchase agreement (the “SPA”) to sell QuoVadis SSL and PKI businesses to Digicert Inc (the QuoVadis Group).  While the sale was completed in the first quarter of 2019, WISeKey assessed the SPA under ASC 205 and concluded that the operation met the requirement to be classified as held for sale (at December 31, 2018) and as such qualified as discontinued operations. This led to the results and assets and liabilities of the QuoVadis Group to be presented separately in the consolidated income statement and consolidated balance sheet.  However, WISeKey management reviewed 2018 financials on a consolidated basis, including discontinued operations results.

In managing WISeKey's business on a consolidated basis, WISeKey management develops an annual operating plan, which is approved by our Board of Directors, using non-GAAP financial measures. In measuring performance against this plan, management considers the actual or potential impacts on these non-GAAP financial measures from actions taken to reduce costs with the goal of increasing our gross margin and operating margin and when assessing appropriate levels of research and development efforts. In addition, management relies upon these non-GAAP financial measures when making decisions about product spending, administrative budgets, and other operating expenses. We believe that these non-GAAP financial measures, when coupled with the GAAP results and the reconciliations to corresponding GAAP financial measures, provide a more complete understanding of the Company’s results of operations and the factors and trends affecting WISeKey’s business. We believe that they enable investors to perform additional comparisons of our operating results, to assess our liquidity and capital position and to analyze financial performance excluding the effect of expenses unrelated to operations, certain non-cash expenses related to acquisitions and share-based compensation expense, which may obscure trends in WISeKey's underlying performance.  This information also enables investors to compare financial results between periods where certain items may vary independent of business performance, and allow for greater transparency with respect to key metrics used by management.

These non-GAAP financial measures are provided in addition to, and not as a substitute for, or superior to, measures of financial performance prepared in accordance with GAAP. The presentation of these and other similar items in WISeKey’s non-GAAP financial results should not be interpreted as implying that these items are non-recurring, infrequent, or unusual.  Reconciliations of these non-GAAP measures to the most comparable measures calculated in accordance with GAAP are provided in the financial statements portion of this release in a schedule entitled “Financial Reconciliation of GAAP to non-GAAP Results (unaudited).” 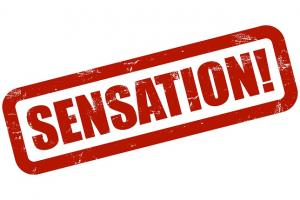