VIRBAC: Exceptional growth in annual revenue of +18.4% at comparable exchange rates and scope (+14.9% at constant rates and real scope), driven by remarkable performance in a very buoyant market

Quarterly consolidated revenue
Our fourth-quarter revenue reached €246.4 million, or a steep 11.8% increase with respect to the same period in 2020. At constant exchange rates, growth was +10.1%, mainly driven by the remarkable performance of Europe, Latin America, which benefited in particular from Chile’s rebound over the quarter, and the United States. In Europe, the majority of the quarter's growth was driven by France, Germany, Benelux and the area’s export activity, which achieved very good sales in the companion animal segment (specialty products including Suprelorin, vaccines, dermatology), as well as in the bovine products range. Only the United Kingdom was down due to an unfavorable baseline effect compared to the same period in 2020, which had benefited from a Brexit-related anticipation of purchases. Latin America was buoyed by Mexico's performance in the vaccine, petfood and bovine products range, and Chile’s in antibiotics for salmon. The United States posted very strong growth over the quarter, particularly in the specialty ranges, dermatology and contributions from recently-launched products (Clomicalm, Itrafungol, iVet petfood, etc.), which account for more than half of the quarter's growth. Lastly, in Asia-Pacific, growth was driven by our performance in Japan, China, Vietnam and South Korea, which offset the downturn in India and Australia over the period, negatively affected by an unfavorable baseline effect compared to 2020.

All areas had double-digit organic growth for the year, reflecting both the sector’s momentum and the very successful execution of our strategic plan, thanks to the ongoing commitment of our teams. In Europe, revenue grew by 16.3% at real rates (+16.1% at constant rates). All countries in the area, except Portugal, showed double-digit annual growth. The main contributors to this performance were France, Export activities, the United Kingdom, Germany, Benelux, Italy and Spain, driven by strong momentum in the companion animal ranges (particularly the specialty ranges, petfood, and the rebound in vaccines). In Asia-Pacific, real-rate growth was up 14.9% (+14.7% at constant exchange rates), India continues to drive the area’s growth, accounting for over half; Australia, New Zealand, South Africa, Vietnam, and China also contributed to the area’s very strong growth. In the United States, business excluding Sentinel grew by 34.6% (+41.2% at constant exchange rates). It benefited from sustained sales across all product lines, including specialty products, the dental and dermatology ranges, recently launched products (Clomicalm, Senergy, Itrafungol and Stelfonta) and, lastly, the manufacturing of the Sentinel Spectrum for Merck. In Latin America, apart from Chile, business grew by 20.7% at real rates (+24.2% at constant exchange rates), thanks in particular to contributions from Brazil and Mexico. Lastly, in Chile, the good second-half performance allowed us to show organic growth over the year (-0.4% at real rates and +2.6% at constant rates).

In terms of species,   the companion animal business grew by 12.6% overall at real exchange rates and scope (+21.5% at constant exchange rates and excluding Sentinel), essentially driven by the remarkable double-digit growth of the specialty ranges (including Clomicalm, Movoflex, Stelfonta), petfood, parasiticides, dermatology, dental products, and by the rebound of the vaccine range for dogs and cats, compared with the same period in 2020. It should be noted that Clomicalm and Itrafungol, which were acquired in March 2021, and the US petfood range iVet, acquired in July 2021, represented approximately €14 million in sales (or 1.6 percentage points of revenue growth) over the period. The food producing animals segment also posted significant growth of 12.8% at real exchange rates (+13.4% at constant rates), thanks to the ruminant sector (+16.9% at constant rates), swine-poultry products (+4.8% at constant rates), and the rebound in the aquaculture sector, which posted growth thanks to its performance in the second half (+5.5% at constant rates), when compared to the same period in 2020.

Outlook
As anticipated and in line with our marketing plan, the ratio of “current operating profit before depreciation of assets arising from acquisitions” to “revenue” should benefit from the favorable impact of the activity over the past year, and should be around 16% at constant exchange rates. Furthermore, debt relief should be around €60 million for the year at constant scope and exchange rates.

As we continue to execute our strategic plan, and in a more normalized market, we anticipate in 2022 a growth in revenue at constant rates and scope of between 5% and 8%. While the ratio of “current operating income, before depreciation of assets arising from acquisitions” to “revenue”, as previously announced, should consolidate around 15% at constant exchange rates (with a deliberate overinvestment in R&D of around 1 percentage point of revenue compared to 2021).

Overall, the global pandemic has not had an overly negative impact on the animal health sector to date, but we continue to face significant logistical and supply constraints with regard to certain intermediaries, and more recently, the impact of inflation on our costs.

A lifelong commitment to animal health
At Virbac, we make innovative solutions available to veterinarians, farmers and animal owners in more than 100 countries around the world. Covering more than 50 species, our range of products and services can diagnose, prevent and treat the majority of pathologies. Every day, we are committed to improving the quality of life of animals and to shaping the future of animal health together. 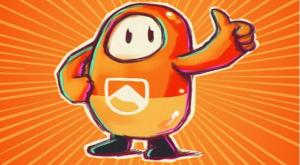