During Systemair's fourth quarter sales have been as expected in most markets. The outlook for April and the beginning of the next financial year is difficult to estimate. About 80% of the group’s sales are concentrated to Europe, so the development in the region is of the greatest importance to Systemair.

During March, the measures because of the coronavirus have gradually increased in many parts of the world. Most production units within the group continue their operations, but restrictions from authorities have meant that production is currently paused in Malaysia, India, Italy, France, Spain and South Africa for two to three weeks. However, the factories in Italy and France continue to supply stocked products. In total, 900 factory workers are affected at eight production sites. The financial impact has yet not been analyzed.

30 temporary employees have given notice at the Swedish factories and approximately 340 factory workers and 140 officials will reduce their working time to 60% from 6th of April. The work time reduction will be evaluated on a weekly basis.

At present, most of the construction sites around Europe are open, but the pace of construction and staff presence is affected, especially in the countries with an ordered lockdown. More countries may introduce stricter measures, and this increases uncertainty as to whether construction projects can proceed as planned.

Deliveries within Europe may be delayed due to reduced supply of truck freight. The supply of components is also beginning to show deficiencies due to closed factories or delayed freight.

Systemair takes measures that will result in both short- and long-term savings. Initially, the focus will be on working adoptions, fewer temporary employees and general cost savings. Systemair has a strong financial position and a good liquidity.

Continued development is closely monitored and Systemair customizes actions according to local authorities' advice and regulations.

Systemair in brief
Systemair is a leading ventilation company with operations in 50 countries in Europe, North America, South America, the Middle East, Asia, Australia and Africa. The Company had sales of SEK 8.3 billion in the 2018/19 financial year and employs approximately 6,300 people. Systemair has reported an operating profit every year since 1974, when the company was founded. Over the past 10 years, the Company's growth rate has averaged about 10 percent. Systemair contributes to enhance the indoor environment with energy efficient and sustainable products that reduce carbon dioxide emissions.
Systemair has well-established operations in growth markets. The Group's products are marketed under the Systemair, Frico, Fantech and Menerga brands. Systemair shares have been quoted on the Mid Cap List of the Nasdaq OMX Nordic Exchange in Stockholm since October 2007. The Group comprises about 80 companies 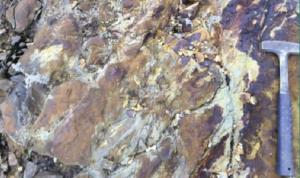