“Unibail-Rodamco-Westfield (URW) delivered solid results, despite the challenging retail environment. With a unique transatlantic platform, connecting the best brands with over 1.2 billion customer visits each year in the wealthiest catchment areas, the URW portfolio is at the forefront of the changes in a rapidly evolving retail environment. We are making significant progress in executing on our strategic objectives of Concentration, Differentiation, and Innovation, with very strong tenant sales growth in Europe and the US, the disposal of €3.2 Bn of assets above book value over the past 12 months, and multiple openings of restaurants, leisure concepts and Digital Native Vertical Brands across our portfolio.

Our transatlantic reach made possible by the creation of URW is showing the first exciting results: the Group signed a first-of-its-kind agreement with The VOID, a leading immersive virtual reality experience operator, to roll out their concept in over 25 of URW’s Flagship destinations in both the US and Europe. More cross-border deals are expected to follow.

Our €10 Bn pipeline is well positioned for a mixed-use future, now with 50% of the GLA in retail and the rest in dining & leisure, offices, residential, and hotels. With our unique skills this will continue to contribute to value creation.

Confident in URW’s performance, the outlook for the remainder of the year, and favourable financing conditions, we are increasing our 2019 AREPS guidance by +€0.30 to a range of between €12.10 and €12.30.”
Christophe Cuvillier, Group Chief Executive Officer

Figures may not add up due to rounding

Reported AREPS was €6.45 (-1.9%) as a result of the disposals completed in 2018 and HY-2019 (€2.3 Bn), which impact was partially offset by the robust operating performance and +€0.09 due to the implementation of IFRS 16. Rebased for these disposals, the growth of AREPS would be +3.7%, despite the increase in the number of shares issued as a result of the Westfield acquisition.

Shopping Centres - Continental Europe
Through June 30, URW tenant sales grew by +5.3% and by +5.7% in Flagship centres(6).
Through May 31, tenant sales increased(5) by +4.9%, outperforming national sales indices(7) by +242 bps. In France, tenant sales increased by +4.6% (+5.4% through June 30), outperforming the IFLS index by +270 bps and the CNCC index by +470 bps. Central Europe also did especially well, up by +4.6%, outperforming the national sales indices by +172 bps. The Nordics, up by +13.8%, was boosted by the outstanding performance of Tesla in its two flagship stores in URW’s Stockholm centres.

Lfl NRI grew by +2.1%, +50 bps above indexation and ahead of the Group’s objectives for H1, of which +5.3% in Spain and +4.1% in Central Europe. The Group signed 700 leases with a Minimum Guaranteed Rent (MGR) uplift of +12.2%, and +13.8% for Flagships. The rotation rate amounted to 5.3% and EPRA vacancy increased by 40 bps to 2.8%, reflecting some tenant departures or bankruptcies. Many retailers are carefully reviewing the performance of existing stores and the opportunity to open new ones; hence, some leasing negotiations are taking longer. URW’s leasing strategy is to make no concessions on conditions in Flagships and use a case-by-case approach for the other shopping centres.

United Kingdom
Footfall was up by +6.4% in H1-2019, outperforming the UK shopping centre index by +770 bps. Tenant sales through June 30 increased by +7.1%, and through May 31 by +7.9%, outperforming the national sales index by +846 bps, particularly reflecting the strong growth of +13.8% at Westfield London. The footfall and sales results benefit from the opening of Phase 2 of Westfield London in March 2018, as well as the continued growth of Westfield Stratford City. Average MGR uplift was strong at +15.9%. EPRA vacancy stood at 8.7%, primarily driven by some non-renewals, the impact of retailer bankruptcies, and the delays in leasing at Westfield London Phase 1 as Brexit uncertainty deters new market entrants. Consequently, Lfl NRI decreased by -3.1% compared to H1-2018.

Offices
Lfl NRI increased by +9.4%, of which +13.8% in France, mainly due to an indemnity received. The Group agreed the disposal of Tour Majunga for a net disposal price of €850 Mn, reflecting a net initial yield of 4.16%, and generating an unlevered 13-year Internal Rate of Return of 12%. This transaction closed on July 3, 2019.

AT THE FOREFRONT OF THE RETAIL TRANSFORMATION

The Group provides a unique transatlantic platform, connecting the best brands with over 1.2 billion customer visits each year in the wealthiest catchment areas.

The URW portfolio is at the forefront of the changes in a rapidly evolving retail environment. Exposure to fashion is being gradually reduced and replaced by exciting new formats of growing retail segments.
As online players seek a physical presence, the Group continued to grow the number of DNVBs in its portfolio, with six new leases signed in Continental Europe and 15 in the US in H1-2019.
The Group opened three fully let new dining precincts, Täby Deli (Täby Centrum, Sweden), Les Tables de Vélizy (Vélizy 2, France) and Les Tables du Carré (Carré Sénart, France), strengthening the food offer and the appeal of these centres. In addition, new cutting edge Cinema concepts were opened at Carré Sénart, Velizy 2, Parly 2 and Westfield Valley Fair.

URW’s CSR strategy, Better Places 2030, was extended to the new regions of the Group (the UK and US). While URW’s ambition to halve its carbon footprint by 2030 remains central, Better Places 2030 now also tackles new environmental challenges like responsible consumption and the circular economy.

STARTING THE CAPTURE OF REVENUE SYNERGIES

The new Group-wide Commercial Partnerships and International Leasing teams started generating part of the announced €40 Mn in run-rate revenue synergies. Commercial Partnership revenues in Continental Europe grew by +12% to €15.4 Mn and in the UK by +24% to £4.1 Mn.
URW will further leverage the world-famous Westfield brand by rebranding a number of its Continental European Flagships, with the first ten centres scheduled for September 2019.

The Group enhanced the cross-fertilization of retailer relationships between the US and Continental Europe by accelerating the development of US retailers such as Abercrombie & Fitch and Polo Ralph Lauren. Aiming to introduce leading and differentiating leisure offers in its centres, the Group levered its transatlantic platform of Flagship destinations and entered into a framework agreement with The Void (a fully immersive virtual reality experience) to open over 25 locations across URW’s portfolio, representing around 20,000 sqm. The first six leases for locations in the US have already been signed.

A FLEXIBLE PIPELINE TO REINVENT CITIES

The URW Total Investment Cost(10) of the development pipeline amounted to €10.3 Bn, down from €11.9 Bn as at year-end 2018. The Group retains significant flexibility, with committed projects of only €2.9 Bn, of which €1.6 Bn has already been invested. The pipeline GLA is split between retail (50%), dining & leisure (16%), offices (14%), residential and third party residential (15%)(11), and hotels (5%). Significant progress was made on the construction of the Shift and Trinity office buildings, scheduled to be delivered in H2-2019 and H1-2020, respectively, as well as on the extension of Westfield Valley Fair (H1-2020) and Westfield Mall of the Netherlands (H2-2020).
In July, the Group delivered ten floors of its first residential project, Palisade at Westfield UTC. The remaining floors will be delivered in August.

In the last 12 months, the Group disposed of €3.2 Bn of office and retail assets(12). These were disposed at an aggregate NIY of 4.2% and 5.4%, and a 6.2% and 8.4% premium to the latest book values, respectively. With these transactions, the Group exceeded its initial target of €3 Bn of disposals well ahead of schedule. Following the Group’s annual 5Y Business Plan exercise in 2018, the target was increased to €6 Bn, of which 53% has already been achieved. A number of discussions are currently on-going for further disposals.

AVERAGE COST OF DEBT OF 1.6% AND AVERAGE MATURITY OF 8.0 YEARS

The average cost of debt of the Group remained low at 1.6%, representing the blended average cost of debt on a standalone basis of only 1.0% for Unibail-Rodamco, an all-time low, and 3.5% for Westfield. Including the 30-year bond issued on July 1, 2019, and the consequent repayment of 80% of the 2014 ORNANE, the average debt maturity came to a record 8.0 years. URW was the first REIT ever to issue 30-year notes in the Euro bond market, at a historic low coupon for a corporate issuer for this maturity. The Loan-to-Value (LTV) ratio was 38.3%, and 37.5% pro-forma for the receipt of the Majunga disposal proceeds on July 3, 2019. The interest coverage ratio was 5.8x. Undrawn available credit lines amounted to a record €9.2 Bn.

URW’s performance through June 30 was solid despite the challenging retail environment. The Group expects Continental European Like-for-like NRI to grow by around +3% for 2019, and financing conditions have remained more favorable than anticipated.

Unibail-Rodamco-Westfield is the premier global developer and operator of Flagship destinations, with a portfolio valued at €65.0 Bn as at June 30, 2019, of which 86% in retail, 7% in offices, 5% in convention & exhibition venues and 2% in services. Currently, the Group owns and operates 92 shopping centres, including 55 Flagships in the most dynamic cities in Europe and the United States. Its centres welcome 1.2 billion visits per year. Present on 2 continents and in 12 countries, Unibail-Rodamco-Westfield provides a unique platform for retailers and brand events, and offers an exceptional and constantly renewed experience for customers.
With the support of its 3,700 professionals and an unparalleled track-record and know-how, Unibail-Rodamco-Westfield is ideally positioned to generate superior value and develop world-class projects. The Group has a development pipeline of €10.3 Bn.
Unibail-Rodamco-Westfield distinguishes itself by its Better Places 2030 agenda, that sets its ambition to create better places that respect the highest environmental standards and contribute to better cities.
Unibail-Rodamco-Westfield stapled shares are listed on Euronext Amsterdam and Euronext Paris (Euronext ticker: URW), with a secondary listing in Australia through Chess Depositary Interests. The Group benefits from an A rating from Standard & Poor’s and from an A2 rating from Moody’s. 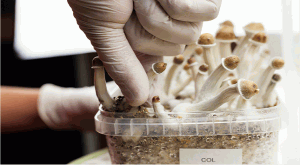