Highlights for the second quarter include:

During the quarter, on March 14, 2019, TransDigm completed the acquisition of Esterline Technologies Corporation (NYSE: ESL), a supplier of products to the global aerospace and defense industry. Esterline shareholders received $122.50 per share in cash, without interest in a transaction valued at approximately $4 billion in total consideration, including the pay off of Esterline debt.

The net proceeds of the $4.0 billion secured notes were used to both fund the purchase price of the Esterline acquisition and to allow for substantial near term financial flexibility.

Net income from continuing operations for the quarter increased 0.3% to $202.4 million, or $3.60 per share, compared to $201.8 million, or $3.63 per share, in the comparable quarter a year ago. The increase in net sales described above was offset primarily by higher interest expense and effective tax rate related to the new debt issued to fund the purchase of Esterline as well as to allow for substantial near term financial flexibility. Higher operating costs and acquisition-related expenses attributable to Esterline also had a negative impact on net income. Excluding these negative impacts, the strong operating performance of the core TransDigm business would have translated to higher net income and earnings per share growth.

"We are pleased with our second quarter results and the strength of our base business," stated Kevin Stein, TransDigm Group's President and Chief Executive Officer. "Organic revenue growth was 11% in the quarter driven by good growth across all major end markets. Our core EBITDA As Defined, excluding the dilutive impact of Esterline and the acquisitions completed in fiscal 2018, continued to expand sequentially and over the prior year period to 51.5% in the quarter.

In addition to the focus on our base business, it was a busy quarter with the completion of the Esterline acquisition, our largest acquisition to date. Our second quarter results include $122 million of revenue and $27 million of EBITDA As Defined reflecting 17 days of Esterline ownership. Please note the implied Esterline margin from this short period is higher than should be expected for the balance of the fiscal year primarily due to an elevated level of shipments at quarter end."

He continued, "Lastly, our decision in the quarter to borrow substantial additional funds impacted our quarterly net income, but we believe the significant near term flexibility and attractive cost will serve us well in the future."

Net income from continuing operations for the twenty-six week period ended March 30, 2019 declined 22.5% to $398.5 million, or $6.65 per share, compared to $513.9 million, or $8.23 per share, in the comparable period last year. The increase in net sales was more than offset by a higher effective tax rate of 22.9% for the current year compared to (17.3%) for the twenty-six week period ended March 31, 2018.  The prior year period was favorably impacted by the enactment of the U.S. Tax Cuts and Jobs Act (tax reform) and  included a one-time provisional net tax benefit of $147.1 million, or $2.65 per share. To a lesser extent, higher interest expense and acquisition-related costs also negatively impacted net income.

Mr. Stein stated, "We are increasing our full year guidance to include the strong year-to-date performance of our base business and 6.5 months of the lower margin Esterline acquisition, partially offset by the impact of the financing activities completed during the quarter." Assuming no additional acquisitions, and based on current market conditions, TransDigm now expects fiscal 2019 financial guidance to be as follows:

TransDigm Group will host a conference call for investors and security analysts on May 7, 2019, beginning at 11:00 a.m., Eastern Time. To join the call, dial (888) 558-9538 and enter the pass code 1169416.  International callers should dial (760) 666-3183 and use the same pass code. A live audio webcast can be accessed online at http://www.transdigm.com. A slide presentation will also be available for reference during the conference call; go to the investor relations page of our website and click on "Presentations."

TransDigm acquired Esterline in the second quarter of fiscal 2019. Esterline includes a collection of over 20 business units that primarily develop, produce and market products for the aerospace and defense industry. TransDigm is currently in the process of integrating Esterline as well as evaluating the strategic fit and description of each individual Esterline business unit.

None of EBITDA, EBITDA As Defined, EBITDA As Defined Margin, adjusted net income or adjusted earnings per share is a measurement of financial performance under GAAP and such financial measures should not be considered as an alternative to net income, operating income, earnings per share, cash flows from operating activities or other measures of performance determined in accordance with GAAP. In addition, TransDigm Group's calculation of these non-GAAP financial measures may not be comparable to the calculation of similarly titled measures reported by other companies.

Although we use EBITDA and EBITDA As Defined as measures to assess the performance of our business and for the other purposes set forth above, the use of these non-GAAP financial measures as analytical tools has limitations, and you should not consider any of them in isolation, or as a substitute for analysis of our results of operations as reported in accordance with GAAP. Some of these limitations are:

All forward-looking statements involve risks and uncertainties which could affect TransDigm Group's actual results and could cause its actual results to differ materially from those expressed or implied in any forward-looking statements made by, or on behalf of, TransDigm Group. These risks and uncertainties include but are not limited to: the sensitivity of our business to the number of flight hours that our customers' planes spend aloft and our customers' profitability, both of which are affected by general economic conditions; future geopolitical or worldwide events; cyber-security threats and natural disasters; our reliance on certain customers; the U.S. defense budget and risks associated with being a government supplier; failure to maintain government or industry approvals; failure to complete or successfully integrate acquisitions; our substantial indebtedness; potential environmental liabilities; liabilities arising in connection with litigation; increases in raw material costs, taxes and labor costs that cannot be recovered in product pricing; risks and costs associated with our international sales and operations; and other risk factors. Further information regarding the important factors that could cause actual results to differ materially from projected results can be found in TransDigm Group's Annual Report on Form 10-K and other reports that TransDigm Group or its subsidiaries have filed with the Securities and Exchange Commission. Except as required by law, TransDigm Group undertakes no obligation to revise or update the forward-looking statements contained in this press release. 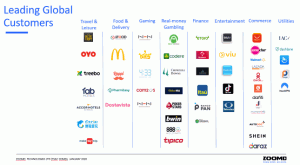