Technicolor comments on Moody’s decision and maintains its outlook

Technicolor comments on Moody’s decision and maintains its outlook

The Moody’s downgrade refers to Technicolor’s operating performance and cash flow generation in the first half of 2019 combined with their view, which Technicolor disagrees with, of an increasingly weakening macroeconomic environment in the Production Services activities justified by the recent bankruptcy filing of Deluxe Entertainment.

The change in rating has no impact on the investments that the Group is pursuing to support its organic growth in Production Services and to deliver its transformation program in Connected Home. The Group’s profitability and cash flow generation in the second half will improve significantly, supported by recurring positive second half seasonality and by a catch-up effect in both Production Services and Connected Home. In fact, “Moody’s expects that the company will be able to significantly improve its operational and financial performance” in the second half of 2019.

Regarding the Production Services activity, Technicolor delivered a growth of c.10% in the first half of 2019 maintaining its global leadership position in Visual Effects for Films, Episodic and Advertising. This very dynamic market is driven by, among other things, the launch of numerous new streaming services. Technicolor is well engaged in responding to the opportunities arising out of this changing market.

As at 30 June 2019, Technicolor had €325 million of liquidity, composed of cash on hand of €65 million and available committed credit facilities of €260 million maturing in December 2021.

The Technicolor Board of Directors, including RWC Asset Management and Bpifrance Participations, unanimously reiterates its support for ongoing structural actions aimed at strengthening the Group.

Technicolor will publish its third quarter trading update on 5 November 2019.

Technicolor shares are on Euronext Paris exchange (TCH) and traded in the USA on the OTCQX marketplace (OTCQX: TCLRY). 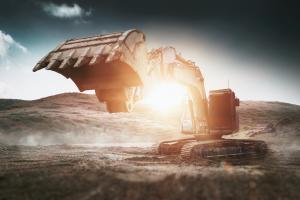