Adoption of balance sheets and profit and loss accounts

Allocation regarding the company’s result

In accordance with the board’s and the managing director’s proposal, it was resolved at the meeting that the company’s non-restricted equity of SEK -86,488,459 is carried forward and that no dividend is paid for the financial year.

The meeting discharged the board members, deputy board member and the CEOs from liability towards the company for the financial year 2020.

In accordance with the nomination committee’s proposal, it was resolved at the meeting that the board shall consist of four members with one deputy board member, and that the number of auditors shall be one without any deputy auditor.

The accounting firm Öhrlings PricewaterhouseCoopers AB was re-elected to serve as auditors of the company, with Anna Rozhdestvenskaya being the auditor-in-charge.

It was resolved at the meeting that fees would be paid to the auditor in accordance with agreement between the company and the auditor.

The meeting authorised the board to resolve – at one or several occasions and for the time period until the next annual general meeting – to increase the company’s share capital by new share issues, to the extent that it corresponds to a dilution of not more than 20 percent of the number of shares outstanding at the time of the AGM notice, after full exercise of the authorisation.

New share issues may be made with or without deviation from the shareholders’ preferential rights and with or without provisions for contribution in kind, set-off or other conditions.  The purpose of the authorisation is to increase the financial flexibility of the Company and the acting scope of the board. Should the board of directors resolve on an issue with deviation from the shareholder’s preferential rights, the reason shall be to enable the Company to finance the operations in a fast and efficient way, acquire companies, businesses or parts thereof, or to broaden the ownership of the Company. Upon such deviation from the shareholders’ preferential rights, the new issue shall be made at market terms and conditions.

Cautionary Statement: Statements and assumptions made in this report with respect to Auriant Mining AB’s (“AUR”) current plans, estimates, strategies and beliefs, and other statements that are not historical facts, are forward-looking statements about the future performance of AUR. Forward-looking statements include, but are not limited to, those using words such as "may", "might", "seeks", "expects", "anticipates", "estimates", "believes", "projects", "plans", strategy", "forecast" and similar expressions. These statements reflect management's expectations and assumptions in light of currently available information. They are subject to a number of risks and uncertainties, including, but not limited to, (i) changes in the economic, regulatory and political environments in the countries where AUR operates; (ii) changes relating to the geological information available in respect of the various projects undertaken; (iii) AUR’s continued ability to secure enough financing to carry on its operations as a going concern; (iv) the success of its potential joint ventures and alliances, if any; (v) exchange rates, particularly between the Russian rouble and the U.S. dollar. In the light of the many risks and uncertainties surrounding any gold production and exploration company at an early stage of its development, the actual results could differ materially from those presented and forecast in this report. AUR assumes no unconditional obligation to immediately update any such statements and/or forecasts. This press release shall not, directly or indirectly, be released, published or distributed in or to the United States, Australia Japan, Canada, New Zealand, Hong Kong, South Africa or other country where such action as a whole or in part is subject to legal restrictions. Nothing in this press release should be considered as an offer to invest or otherwise trade in shares of Auriant Mining AB (publ). The proposed issue will not be directed at residents or those living in the United States, Australia, Japan, Canada, New Zealand, Hong Kong, South Africa or other country where such action would require further prospectus, other offering documentation, registration or other measures beyond those required by Swedish law. No securities will be registered under the United States Securities Act of 1933, a similar law in any state in the United States, or under any provincial law in Canada, nor under the applicable law of another country. 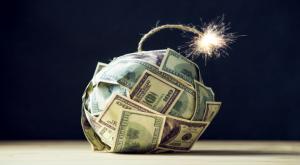