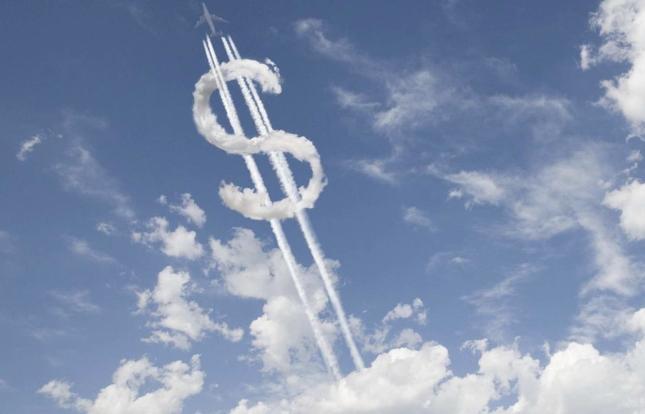 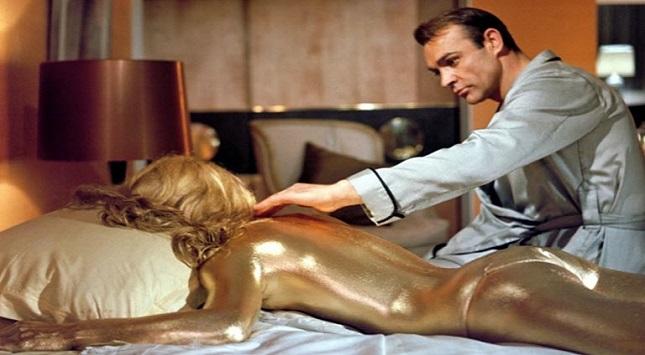 Sijmen de Vries, Chief Executive Officer of Pharming, commented: "During this first nine months of 2014 we prepared for US market entry by investing in building inventories of Ruconest®.  At the same time, we strengthen the balance sheet with a "sub-10%" private placement to institutional investors that yielded €14.7 million, which ensured that we were able to co- invest to develop our main asset Ruconest® for additional indications, such as the start of the Phase II clinical study in prophylaxis of HAE. In addition, we announced our involvement in direct commercialization activities in Austria, Germany and Netherlands.

We have executed on the next step of our strategic plan to leverage our unique production platform through the acquisition of product leads for additional enzyme replacement therapies in orphan diseases such as Pompe, Fabry and Gaucher's disease and additional leads to Factor VIII for Haemophilia A, to further support the collaboration with Sinopharm's SIPI. Following the FDA approval of Ruconest® in the USA, we are looking forward to the launch of Ruconest® during Q4 and the receipt of the US$20 million milestone from Salix. In addition we will receive 30 % of US net sales, up to $100 million annual sales. For annual US net sales in excess of US$100 million this will stepwise increase up to 40 % of net sales. These proceeds, together with the start of direct commercialization of Ruconest® in Austria, Germany and Netherlands, should begin to drive profitable sales revenues from 2015 onwards and should help us meet our aim of future financial sustainability."

In the first nine months of 2014, the Company generated revenue from sales of Ruconest® of €2.2 million (9M 2013: €0.6 million). The increase in revenue from sales reflects the underlying increased demands for Ruconest® in the EU markets, compared to 9M 2013. Costs of revenues amounted to €2.6 million (2013: €0.4) including impairments of inventories amounting to €0.5 million. Licensing fees decreased to €1.6 million (9M 2013: €5.4 million) as a result of last year's receipt of a US$5 million payment by our US partner Santarus (now Salix Pharmaceuticals: NASDAQ: SLXP "Salix").

Loss from operating activities increased to €9.7 million (9M 2013 €3.7 million), predominantly as a result of the receipt of the one- off milestone payment of US$5 million in 2013, the increase of operating costs and a €0.5 million impairment on inventory, reflecting the current low yield on EU sales.

Pharming continues to monitor the development of its equity standing under International Financial Reporting Standards (IFRS). Notably, the Company reports that the negative equity position at the end of 2011 was mainly caused by the inability to recognize the €19.7 million upfront payments and milestones received from Sobi and Santarus as equity (at 30 September 2014 the deferred license fees income amounted to €12.8 million).

As result of the continuing regulatory review process in Turkey, the prevailing unrest in Israel and the announcement of direct commercialization by Pharming in Austria, Germany and Netherlands, revenues from Ruconest® sales for 2014 (not including US sales) are now expected to increase from €1.0 million in 2013 to €2.8 million, instead of the previously expected €3.0 million.

No additional financial guidance is provided.

Pharming Group NV is developing innovative products for the treatment of unmet medical needs. Ruconest® (conestat alfa) is a recombinant human C1 esterase inhibitor approved for the treatment of angioedema attacks in patients with HAE in the USA, Israel, all 27 EU countries plus Norway, Iceland and Liechtenstein. Ruconest® is commercialized by Pharming in Austria, Germany and Netherlands. Ruconest® is distributed by Swedish Orphan Biovitrum AB (publ) (SS: SOBI) in the other EU countries and in Azerbaijan, Belarus, Georgia, Iceland, Kazakhstan, Liechtenstein, Norway, Russia, Serbia and Ukraine.

Ruconest® is also being investigated in a randomized Phase II clinical trial for prophylaxis of HAE and evaluated for various additional follow-on indications. Pharming has a unique GMP compliant, validated platform for the production of recombinant human proteins that has proven capable of producing industrial volumes of high quality recombinant human protein in a more economical way compared to current cell based technologies. Leads for enzyme replacement therapy in Pompe's, Fabry's and Gaucher's diseases are under early evaluation.The platform is partnered with Shanghai Institute for Pharmaceutical Industry (SIPI), a Sinopharm Company, for joint global development of new products. Pre- clinical development and manufacturing will take place at SIPI and are funded by SIPI. Pharming and SIPI initially plan to utilize this platform for the development of rh-FVIII for the treatment of Haemophilia-A. Additional information is available on the Pharming website; http://www.pharming.com.

This press release contains forward looking statements that involve known and unknown risks, uncertainties and other factors, which may cause the actual results, performance or achievements of the Company to be materially different from the results, performance or achievements expressed or implied by these forward looking statements.

Consolidated Statement of Changes in Equity


Notes on pages11-15 are an integral part of these condensed consolidated interim financial statements.

CONSOLIDATED STATEMENT OF CHANGES IN EQUITY

Pharming Group N.V. ('Pharming' or 'the Company') is a limited liability public company which is listed on NYSE Euronext Amsterdam, with its headquarters and registered office located at:

Pharming focuses on the development, production and commercialization of human therapeutic proteins to be used as highly innovative therapies. The Company's products are aimed at treatments for genetic disorders and surgical and traumatic bleeding. Pharming's technologies include novel transgenic platforms for the production of biopharmaceuticals, as well as technology and processes for the purification and formulation of these biopharmaceuticals.

Based on the above assessment, the Company has concluded that funding of its operations for a period of well in excess of one year after the date of the signing of these financial statements is realistic and achievable. In arriving at this conclusion, the following main items and assumptions have been taken into account:

Pharming has not taken into account other potential sources of cash income, including, but not limited to the following:

In addition, the Company may decide to cancel and/or defer certain activities in order to limit cash outflows until sufficient funding is available to resume them. Deferrals substantially relate to the timing of manufacturing-related and/or planned future clinical development activities for additional indications carried out on the initiative of Pharming.

Notwithstanding the above, the Board of Management of the Company emphasizes that the funding of the Company's operations beyond one year after these financial statements is largely affected by its ability to increase product sales and/or license fee payments from both existing and new partnerships to generate positive cash flows in the future.

With regards to its ability to generate operating cash flows from product sales and/or license fee payments, the following uncertainties (individually or combined) have been identified:

Overall, based on the outcome of this assessment, these financial statements have been prepared on a going concern basis. Notwithstanding their belief and confidence that Pharming will be able to continue as a going concern, the Board of Management emphasizes that the actual cash flows for various reasons may ultimately (significantly) deviate from their projections. Therefore, in a negative scenario (actual cash inflows less than projected and/or actual cash outflows higher than projected) the going concern of the Company could be at risk in the period beyond 12 months as per the date of these financial statements.

The applied accounting principles are consistent with those as described in Pharming's Annual Report 2013.

At the end of the first nine months of 2014, Pharming has property, plant and equipment with a net carrying value of €5.8 million. These assets are dedicated to the production of Ruconest® inventories (€4.6 million) and other corporate purposes (€1.2 million). It is assumed these asset groups will continue to be used in ongoing production, research and development or general and administrative activities over its anticipated lifetime.

At the end of the first nine months of 2014, the Company has capitalized Ruconest® product and milk with an aggregate net carrying value of €9.2 million.

The Company has planned for additional inventory investments after the end of the reporting period. These inventories are available for use in commercial, preclinical and clinical activities.

Due to the early stage commercialization cycle of Ruconest® the actual cash proceeds from these product sales are currently difficult to predict in terms of volumes, timing and reimbursement amounts. In addition, further inventory investments and execution of pre-clinical and clinical activities are subject to availability of sufficient financial resources.

At 30 September 2014, the Company has presented derivative financial liabilities with a carrying value of €4.7 million. These liabilities primarily represent the fair values of warrants issued. These fair values are based on models using assumptions with respect to, amongst others, the exercise of the warrants on or before maturity dates as well as (historical) volatility. Actual share price developments may trigger exercise of these warrants on a different moment than anticipated in the model and also cause transfer of assets to warrant holders under conditions that are (much) more or (much) less favorable than anticipated at 30 September 2014. As a result, the difference between the value of assets transferred to warrant right holders upon exercise and the carrying value at 30 September 2014 as charged to the statement of income may be material.

Share price developments may also result in the warrants expiring unexercised while the fair value of warrants unexercised may fluctuate (significantly) until expiration. Fair value changes of warrant rights unexercised between 30 September 2014 and subsequent reporting dates are charged to the statement of income.

The carrying value of Pharming's property, plant decreased from €6.2 million at year end 2013 to €5.8 million at 30 September 2014 due to depreciation of these assets.

7.     Trade and other receivables


Restricted cash represent the value of banker's guarantees issued with respect to (potential) commitments towards third parties and are primarily related to the rent of the Company's offices.

The main cash flow items for the first nine months of 2014 and 2013 can be summarized as follows:


Cash flows used in operating activities increased by €6.6 million, which is entirely related to the increase of third party manufacturing expenses, regarding the build-up of Ruconest® inventories. 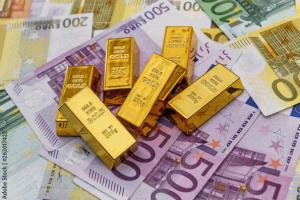