Declarations by BlackRock Inc. are published in the Investor Relations Section of Solvay's website. 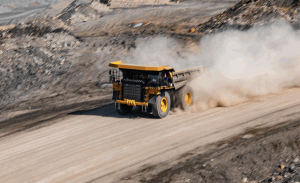