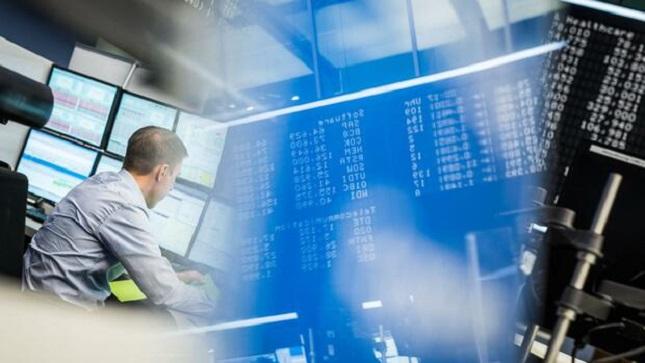 NEW YORK, Oct. 1, 2019 /PRNewswire/ -- Bernstein Liebhard LLP, a nationally acclaimed investor rights law firm, announces that a securities class action lawsuit has been filed on behalf of shareholders of Myriad Genetics ("Myriad" or the "Company") (NASDAQ:  MYGN) between September 2, 2016, and August 13, 2019, both dates inclusive (the "Class Period"). The lawsuit filed in the United States District Court for the District of Utah seeks to recover damages for Myriad investors under the Securities Exchange Act of 1934.

If you purchased Myriad securities, and/or would like to discuss your legal rights and options please visit Myriad Genetics Shareholder Class Action or contact Matthew E. Guarnero toll free at (877) 779-1414 or MGuarnero@bernlieb.com.

The complaint alleges that throughout the Class Period, Defendants made materially false and misleading statements regarding the Company's business, operational and compliance policies. Specifically, Defendants made false and/or misleading statements and/or failed to disclose that: (i) GeneSight lacked evidence or information sufficient to support the tests in their current form, including their purported benefits; (ii) the U.S. Food and Drug Administration (FDA) had requested changes to GeneSight and questioned the validity of the tests purported benefits; (iii) Myriad had been in ongoing discussions with the FDA regarding the FDA's requested changes to GeneSight; (iv) Myriad's acquisition of Counsyl and thereby, Foresight caused the Company to incur the risk of suffering from lower reimbursement for its expanded carrier screening tests, which had the potential to, and actually did, materialize into a material negative impact on the Company's revenue; and (v) as a result, the Company's public statements were materially false and misleading at all relevant times.

On August 13, 2019, during after-market hours, Myriad issued an earnings release. In that release Myriad's CEO announced that revenue in the fourth quarter was two percent below expectations due to lower reimbursement for the company's expanded carrier screening test. Later that day, in an earnings conference call with investors and analysts, R. Bryan Riggsbee, Myriad's Chief Financial Officer, revealed that "the FDA requested changes to the GeneSight test offering" after Myriad had provided the FDA with clinical evidence and other information to support GeneSight Psychotropic, and that the Company has "been in ongoing discussions with the FDA regarding its request." Riggsbee continued by stating that "[a]lthough [Defendants] continue to disagree the changes to the tests are required, on August 10, 2019, [Defendants] submitted a proposal regarding the reporting of GeneSight test results to healthcare providers that we believe address the FDA's principal concerns."

Also later that day, Myriad filed an Annual Report on Form 10-K with the SEC, reporting the Company's financial and operating results for the fiscal year ended June 30, 2019 (the "2019 10-K"). In the 2019 10-K, Defendants disclosed that the FDA had questioned whether the validity of GeneSight's purported benefits had been established. The 2019 10-K also revealed that, since at least late 2018, the FDA had increasingly questioned the claims of marketed genetics tests, such as GeneSight.

If you purchased Myriad securities, and/or would like to discuss your legal rights and options please visit https://www.bernlieb.com/cases/myriadgenetics-mygn-shareholder-class-action-lawsuit-stock-fraud-190/apply/ or contact Matthew E. Guarnero toll free at (877) 779-1414 or MGuarnero@bernlieb.com.

Since 1993, Bernstein Liebhard LLP has recovered over $3.5 billion for its clients. In addition to representing individual investors, the Firm has been retained by some of the largest public and private pension funds in the country to monitor their assets and pursue litigation on their behalf. As a result of its success litigating hundreds of lawsuits and class actions, the Firm has been named to The National Law Journal's "Plaintiffs' Hot List" thirteen times and listed in The Legal 500 for ten consecutive years.

ATTORNEY ADVERTISING. © 2019 Bernstein Liebhard LLP. The law firm responsible for this advertisement is Bernstein Liebhard LLP, 10 East 40th Street, New York, New York 10016, (212) 779-1414. The lawyer responsible for this advertisement in the State of Connecticut is Michael S. Bigin.  Prior results do not guarantee or predict a similar outcome with respect to any future matter.