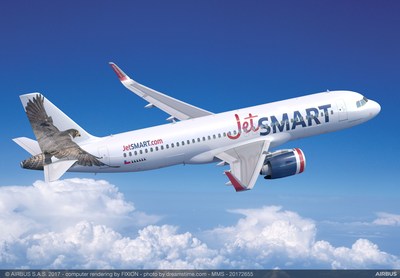 "The GTF-powered A320neo family aircraft will be a great addition to JetSMART´s current A320ceo fleet, facilitating continued growth of operations to include expansion in the South American market, while benefitting from reduced fuel burn, emissions and noise. So far, we have an impeccable operation, so this agreement, with one of the most prestigious engine companies in the world, reassures our strong commitment with our passengers that we will continue operating with the highest safety standards. The efficiency gained with the A320neo will allow us to further reduce our cost and provide our customers with lower fares across South America," said Estuardo Ortiz, JetSMART CEO.

"We are excited for JetSMART to join the GTF family and begin receiving the fuel savings that will help the airline maintain its low cost approach while powering its growth," said Rick Deurloo, chief customer officer and senior vice president, Customers at Pratt & Whitney. "Pratt & Whitney is proud to support the continued industry growth in the Latin American market."

Since entering into service in early 2016, the GTF engine has demonstrated its promised ability to reduce fuel burn by 16 percent, to reduce nitrogen oxide emissions by 50 percent compared to the regulatory standard, and to reduce the noise footprint by 75 percent.

About Pratt & Whitney
Pratt & Whitney is a world leader in the design, manufacture and service of aircraft and helicopter engines, and auxiliary power units. United Technologies Corp., based in Farmington, Connecticut, provides high-technology systems and services to the building and aerospace industries. To learn more about UTC, visit its website at www.utc.com, or follow the company on Twitter: @UTC. To receive press releases and other news directly, please sign up here.

This press release contains forward-looking statements concerning future business opportunities. Actual results may differ materially from those projected as a result of certain risks and uncertainties, including but not limited to changes in levels of demand in the aerospace industry, in levels of air travel, and in the number of aircraft to be built; challenges in the design, development, production support, performance and realization of the anticipated benefits of advanced technologies; as well as other risks and uncertainties, including but not limited to those detailed from time to time in United Technologies Corp.'s Securities and Exchange Commission filings. 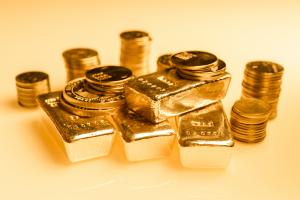