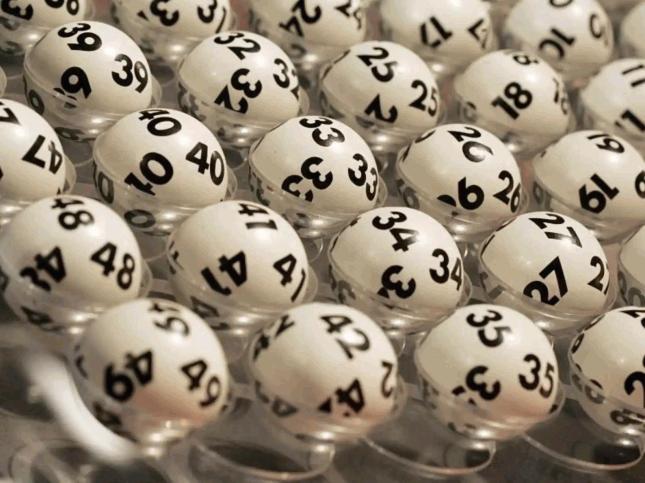 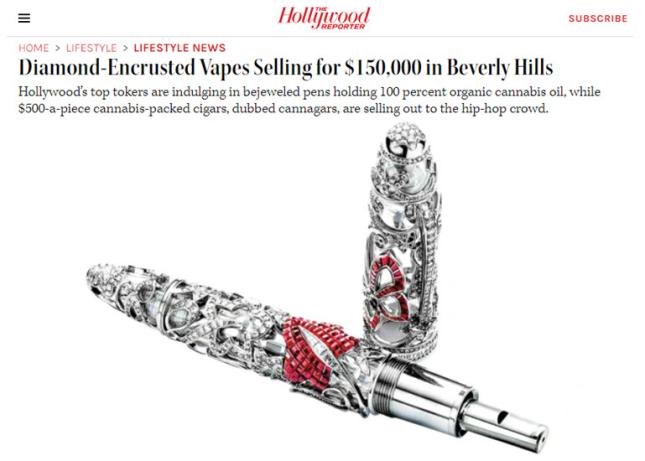 IFRS 16 Leases standard has been adopted as of January 1, 2019 using full retrospective transition method. The financial information for 2018 has been restated except for key figures ROI, ROE, RONA and net debt to EBITDA for periods Q1 2018, Q2 2018 and Q3 2018. For more information see the notes.

The figures in the tables are exact figures and consequently the sum of individual figures may deviate from the sum presented. Key figures have been calculated using exact figures.

“We maintained our growth trend during the last quarter of the year in an economic environment challenged by the trade war between the USA and China, the announced Brexit and the amplified concerns around sustainability of the planet. Despite the uncertainty in the global economy, demand for foodservice and pre-packed food packaging was good in 2019. Our net sales reached EUR 3.4 billion for the year 2019, increasing by 10 percent with the comparable growth at 6 percent. All our business segments contributed, especially North America. Net sales increased as a result of positive volume development and pricing management. Currencies movements had a positive impact on net sales during the year.

Our profitability improved in the last quarter as well as during the full year, particularly driven by pricing and operational improvement in all businesses. Our adjusted EBIT margin increased to 8.5 percent in the fourth quarter and to 8.6 percent in 2019.

Good progress on many fronts continued during 2019. The ramp-up of Goodyear, our new plant in Arizona, United States, progressed well. In April, our new, state-of-the-art flexible packaging unit in Egypt was inaugurated and in October, our newest fiber packaging line was launched in Russia. In addition to investments in new units and packaging lines, we also announced three acquisitions during 2019: Everest Flexibles in South Africa, Mohan Mutha Polytech in India, and full ownership of our joint venture company Laminor in Brazil. All three acquisitions support our growth in developing markets.

In 2019, critical society matters have amplified particularly around sustainability, digitalization of the value chain and consumption shifts. Their implication on our industry are key variables considered in our ongoing strategy development. To address the demand for more sustainable packaging solutions, we continued in 2019 to invest into both fiber-based alternatives and recyclable packaging. Good examples are our investments into paper straws, fiber trays and recyclable mono-material flexible packaging under our blueloop™ concept.

Following our investments into both existing and new units, in new products and innovations, as well as the announced acquisitions, our balance sheet is healthy. With a net debt/EBITDA ratio of 2.0, we are well placed to invest in future growth. We continue our strategy of looking for both organic and acquired growth.”

The Group’s net sales growth was strong during the reporting period, with all business segments contributing. Net sales increased 10 percent to EUR 3,399 million (EUR 3,104 million). Growth was strongest in the North America segment. Comparable net sales growth was strong at 6 percent, led by the North America segment. Growth in emerging markets was 7 percent. Foreign currency translation impact on the Group’s net sales was EUR 90 million (EUR ‑120 million) compared to 2018 exchange rates. The majority of the positive impact came from the US Dollar.

Figures for 2017 have not been restated for IFRS 16 impact.

On September 27, 2019, Huhtamaki announced that it has entered into an agreement to acquire the majority of Everest Flexibles (Pty) Limited (“Everest”), a privately-owned flexible packaging manufacturer in South Africa. With the acquisition Huhtamaki expands its flexible packaging manufacturing footprint into South Africa, thereby further strengthening its emerging market position. The product range and customer portfolio of Everest are complementary to those of Huhtamaki. The annual net sales of the acquired business are approximately EUR 40 million and it employs altogether approximately 460 people. The business was acquired for an enterprise value of EUR 58 million. The acquisition of the majority of the business was completed on December 18, 2019 and the business has been reported as part of the Flexible Packaging business segment as of December 1, 2019.

On September 30, 2019, Huhtamaki announced that it has agreed to acquire the assets and operations of Mohan Mutha Polytech Private Limited (MMPPL), a privately-owned flexible packaging manufacturer located in Sri City, Andhra Pradesh, India. The acquisition allows Huhtamaki to speed up its growth in India by improving its capability to serve the customers in South India. MMPPL has approximately 160 employees and its net sales in 2018 were approximately EUR 9 million. The debt-free purchase price was approximately EUR 10 million. The acquisition was completed on January 10, 2020 and the business has since been reported as part of the Flexible Packaging business segment.

On December 23, 2019, Huhtamaki announced that it has agreed to acquire full ownership of its joint venture company Laminor S.A. in Brazil. Laminor is specialized in high-quality tube laminates, particularly for oral care applications, and was set up in 2002 as a 50/50 joint venture together with Bemis Company, which is now part of Amcor. The acquisition enables Huhtamaki to expand its tube laminate business, an important part of the Group’s flexible packaging offering. Laminor has approximately 130 employees and its net sales in 2018 were approximately EUR 25 million. Following the acquisition, Laminor will be consolidated as a subsidiary in the Group’s financial reporting and reported as part of the Flexible Packaging business segment. The additional shares are acquired at a price of approximately EUR 30 million. The transaction is subject to the approval of competition authorities in Brazil and it is expected to be closed during the first quarter in 2020.

Significant events during the reporting period

On July 11, 2019 the General Court of the European Union announced that it has dismissed Huhtamaki’s appeal against the European Commission’s decision on anticompetitive behavior. In June 2015 the European Commission announced that it had found certain of Huhtamaki’s former operations to have been involved in anticompetitive practices during years 2000-2006 and imposed a EUR 15.6 million fine on Huhtamaki. The fine and legal costs of EUR 2.7 million were recognized as a non-recurring expense in the Group’s Q2 2015 result and the payment of fine was made during Q3 2015.

Significant events after the reporting period

On January 10, 2020 Huhtamaki announced that it has completed the acquisition of the assets and operations of Mohan Mutha Polytech Private Limited (MMPPL), a privately-owned flexible packaging manufacturer located in Sri City, Andhra Pradesh, India. MMPPL has approximately 160 employees and its net sales in 2018 were approximately EUR 9 million. The debt-free purchase price was approximately EUR 10 million. The business has been reported as part of the Flexible Packaging business segment as of January 10, 2020.

On January 24, 2020 Huhtamaki announced that Arup Basu, (52), PhD (Technology), has been appointed President, Flexible Packaging and a member of Global Executive Team as of February 1, 2020. Arup Basu has been the Managing Director for Huhtamaki's Flexible Packaging business in India since 2017. Olli Koponen, (61), who has had several leadership positions at Huhtamaki during the past 30 years and has headed the Flexible Packaging segment since 2015, will step down from the Global Executive Team and is appointed as Senior Vice President, Total Productive Manufacturing until his retirement.

On February 7, 2020 Huhtamaki announced that Thomasine Kamerling, (47), M.A., Modern History from Cambridge University (UK), has been appointed as Executive Vice President, Sustainability and Communications and a member of Global Executive Team as of March 1, 2020.

The Group’s trading conditions are expected to remain relatively stable during 2020. The good financial position and ability to generate a positive cash flow will enable the Group to address profitable growth opportunities. Capital expenditure is expected to be approximately at the same level as in 2019 with the majority of the investments directed to business expansion.

On December 31, 2019 Huhtamäki Oyj’s distributable funds were EUR 630 million (EUR 654 million). The Board of Directors will propose to the Annual General Meeting that a dividend of EUR 0.89 (EUR 0.84) per share be paid.

The Annual General Meeting of Shareholders will be held on Wednesday, April 29, 2020 at 11.00 (EET) at Messukeskus Helsinki, Expo and Convention Centre, Messuaukio 1, Helsinki, Finland.

In 2020, Huhtamaki will publish financial information as follows:

Annual Accounts 2019 will be published on week 10 on Huhtamaki's website at www.huhtamaki.com.

This is a summary of Huhtamäki Oyj's Results January 1 - December 31, 2019. The complete report is attached to this release and is also available at the company website at www.huhtamaki.com.

Huhtamaki is a global specialist in packaging for food and drink. With our network of 81 manufacturing units and additional 24 sales only offices in altogether 35 countries, we’re well placed to support our customers’ growth wherever they operate. Mastering three distinctive packaging technologies, approximately 18,800 employees develop and make packaging that helps great products reach more people, more easily. In 2019, our net sales totaled EUR 3.4 billion. The Group has its head office in Espoo, Finland and the parent company Huhtamäki Oyj is listed on Nasdaq Helsinki Ltd. Additional information is available at www.huhtamaki.com. 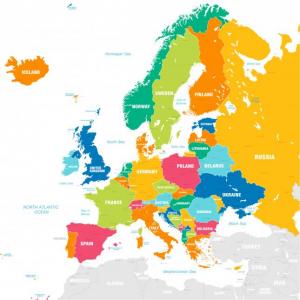