The PEA presents a base case assessment of developing Santa Maria's mineral resource and incorporates the results of an updated National Instrument 43-101 ("NI 43-101") compliant mineral resource estimate dated as of February 15, 2017.

Note:  PEA parameters assume prices of $1,222/oz gold, $17.30/oz silver and a discount rate of eight percent. Values above are approximate. All $ values in $US.

Warren Rehn, President and Chief Executive Officer of Golden Minerals, commented, "We are pleased with the results of this independently-prepared PEA, as it presents a low cost and profitable operation at current metals prices. If we go ahead with the project, production at Santa Maria would mark Golden's re-emergence as a producer of close to one million silver equivalent ounces annually, with the potential to move the company to positive net cash flow. We believe there is also excellent potential for expansion of the project which could lead to continued production beyond the initial three-year period considered in the PEA."

Golden will continue work related to optimizing operating plans for the project and obtaining permits for the potential mining operation as considered in the current PEA.  Permit applications have been submitted and are pending comment and acceptance.  Golden is also developing plans for additional exploration work to expand the resource.

The PEA contemplates a 38-month underground mining operation initially utilizing pre-existing underground development at a mine production rate of 200 tons per day using a combination of cut and fill, shrinkage and other mining techniques, and custom milling at a local third-party flotation mill.  As Golden Minerals already owns the mining equipment required to complete this project, the out of pocket capital costs for start-up are expected to be low.

Key parameters of the PEA are as follows.

In conjunction with the PEA, the independent firm of Tetra Tech prepared an updated NI 43-101 compliant mineral resource estimate.  The new estimate incorporates results of 24 additional underground drill holes and 460 channel samples from drifts and the trial mining face. The underground drilling and channel sampling has allowed for a more than doubling of indicated resources since the previous April 2015 mineral resource estimate.

Indicated and Inferred mineral resource estimates as of February 15, 2017 for Santa Maria are shown as follows:

An NI 43-101-compliant technical report will be filed on SEDAR (www.sedar.com) and made available on the Golden Minerals website within 45 days.

Golden has the right to acquire the Santa Maria property under an option agreement that requires approximately $0.9 million more in payments in order to acquire 100 percent of the property.  Minimum payments of $0.1 million are due every April and October, and Golden has already advanced the minimum payments for 2017 to the property owner. In addition, until Golden has paid the remaining $0.9 million due under the option agreement, the property owners have the right to 50 percent of any net profits from mining activities at the property, after reimbursement of all costs incurred by Golden since April 2015, to the extent that such net profit payments exceed the minimum payments.

The PEA is preliminary in nature and includes Inferred mineral resources that are considered too speculative geologically to have the economic considerations applied to them that would enable them to be categorized as mineral reserves. Standalone economics have not been undertaken for the indicated resources and as such no reserves have been estimated for the Project. There is no certainty that the economic results described in the PEA will be realized. Mineral resources that are not mineral reserves do not have demonstrated economic viability.

Golden Minerals is a Delaware corporation based in Golden, Colorado.  The Company is primarily focused on acquiring and advancing mining properties in Mexico with emphasis on areas near its Velardena processing plants.

"Mineralized material" as used in this press release, although permissible under the SEC's Industry Guide 7, does not indicate "reserves" by SEC standards. We cannot be certain that any deposits at the Santa Maria project will ever be confirmed or converted into SEC Industry Guide 7 compliant "reserves". Investors are cautioned not to assume that all or any part of the disclosed mineralized material estimates will ever be confirmed or converted into reserves or that mineralized material can be economically or legally extracted.

This press release contains forward-looking statements within the meaning of Section 27A of the Securities Act of 1933, as amended and Section 21E of the Securities Exchange Act of 1934, as amended, and applicable Canadian securities legislation, including statements regarding the Santa Maria PEA results (including cost estimates, development timing, expected cash flow and life of mine and production expectations), estimates of mineral resources for the Santa Maria project, and other expectations regarding the Santa Maria project, including operating and exploration plans, cost expectations and title and ownership matters. These statements are subject to risks and uncertainties, including: the reasonability of the economic assumptions at the basis of the PEA, changes in interpretations of geological, geostatistical, metallurgical, mining or processing information and  interpretations of the information resulting from future exploration, analysis or mining and processing experience; new information from drilling programs or other exploration or analysis; unexpected variations in mineral grades, types and metallurgy; fluctuations in silver and gold metal prices; failure of mined material or veins mined to meet expectations; increases in costs and declines in general economic conditions; and changes in political conditions, in tax, royalty, environmental and other laws in Mexico, and financial market conditions.  Golden Minerals assumes no obligation to update this information.  Additional risks relating to Golden Minerals may be found in the periodic and current reports filed with the SEC by Golden Minerals, including the Company's Annual Report on Form 10-K for the year ended December 31, 2015.

To view the original version on PR Newswire, visit:http://www.prnewswire.com/news-releases/golden-minerals-announces-preliminary-economic-assessment-for-santa-maria-project-300407677.html 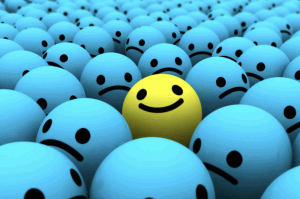