WALTHAM, Mass., May 16, 2017 /PRNewswire/ -- EuroSite Power Inc. (OTCPK: EUSP, the "Company") an On-Site Utility solutions provider, offering clean electricity, heat, hot water and cooling solutions to healthcare, hospitality, housing and leisure centers in the United Kingdom (UK) and Europe, reported first quarter revenues increased to $830,849 compared to $687,032 in 2016, an improvement of 21%. Gross margin excluding depreciation improved to 40%, up from 37.2% reported in 2016. Together this enabled the Company's UK subsidiary to achieve a positive operating EBITDA cash flow for the first quarter, a first in the Company's history. In addition, the Company also achieved a positive non-GAAP adjusted EBITDA cash flow of $6,722 for the first quarter 2017 compared to a loss of $245,635 in the comparable prior year period.

Commenting on the Company's results Dr. Elias Samaras, Chief Executive Officer said "As investors will know, the primary target for the year is to achieve a positive EBITDA cash flow position. The first step in reaching this goal was for our UK operating subsidiary to achieve a positive position which it did this quarter. At the same time reduced US corporate costs allowed us to significantly improve the adjusted EBITDA on consolidation to deliver a small positive cash flow of $6,722, a big improvement over last year's loss. While there is still a long way to go to achieve our ultimate aim we are greatly encouraged by the first quarter's result."

"Higher energy production and improved margins helped us achieve a positive cash position this quarter" said Paul Hamblyn, Managing Director when remarking on the UK company's performance. "The challenge now is to maximise cash generation through the spring and into the summer when it's been usual to see losses as thermal demand drops off. The team remains focused on managing our fleet to maximise income while also selling and installing more systems and continuing to control costs."

In order to simplify and streamline news provided to investors all future financial results and news will, with effect from the date of this release, only be published on the Company's website (http://investors.eurositepower.co.uk/news-releases). Anyone wishing to receive notice of a news release should subscribe to the email alerts service provided within the investors pages (http://investors.eurositepower.co.uk/email-alerts).

The Company now files its financial statements under the Alternative Reporting Standard (ARS). Quarterly financial reports are prepared in accordance with US GAAP, are generally provided within 45 days of period end (90 days for fiscal year end results) and are reported to maintain the OTC Pink Limited Information tier.

Following corporate reorganisation and de-registration of the Company's common stock, with effect from January 1, 2017 foreign exchange gains/losses are reported in the cumulative translation adjustment (CTA) account on the Company's balance sheet.

Fiscal year end financial reports for the operating company, EuroSite Power Limited are audited by a PCAOB registered firm and the Company provides current information for the purposes of SEC Rules 144(c)(2) and 10b-5 using the OTC Disclosure & News Service.

EuroSite Power sells the energy produced from an onsite energy system to an individual property as an alternative to the outright sale of energy equipment. On-Site Utility solution customers only pay for the energy produced by the system and receive a guaranteed discount rate on the price of the energy. All system capital, installation, operating expenses and support are paid by EuroSite Power.

The Company provides institutional, commercial and small industrial facilities with clean, reliable power, cooling, heat and hot water at lower costs than charged by conventional energy suppliers – without any capital or start-up costs to the energy user. More information can be found at www.eurositepower.co.uk.

To view the original version on PR Newswire, visit:http://www.prnewswire.com/news-releases/eurosite-power-reports-first-quarter-2017-financial-performance-300457187.html 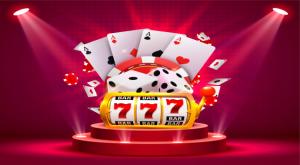