Board of Directors and Management

"CTI BioPharma is now focused on the enrollment of patients in the PAC203 study of our lead compound, pacritinib, for the treatment of myelofibrosis. We are well-financed after recently completing an over-subscribed public offering of our common stock, and we believe we have sufficient cash to carry us through key clinical and regulatory milestones over the next 24 months," said Adam R. Craig, M.D., Ph.D., President and Chief Executive Officer of CTI BioPharma. "We look forward to several key clinical and regulatory milestones in 2018, including an interim data analysis for the PAC203 study of pacritinib and top-line results in the PIX306 Phase 3 trial of PIXUVRI® in the second quarter."

CTI BioPharma Corp. is a biopharmaceutical company focused on the acquisition, development and commercialization of novel targeted therapies covering a spectrum of blood-related cancers that offer a unique benefit to patients and healthcare providers. CTI BioPharma has a late-stage development pipeline, including pacritinib for the treatment of patients with myelofibrosis. CTI BioPharma is headquartered in Seattle, Washington.

CTI BioPharma has provided in this press release the historical non-GAAP financial measure of operating loss, excluding non-cash share-based compensation expense, for the fourth quarter and twelve months ended December 31, 2017 and December 31, 2016. Due to varying available valuation methodologies, subjective assumptions and the different GAAP accounting treatment of different award types that companies can use under ASC Topic 718, CTI BioPharma's management believes that providing a non-GAAP financial measure that excludes non-cash share-based compensation expense can enhance management's and investors' comparison of CTI BioPharma's operating results over different periods of time as compared to the operating results of other companies.

This press release includes forward-looking statements within the meaning of the Safe Harbor provisions of the Private Securities Litigation Reform Act of 1995. Such statements are subject to a number of risks and uncertainties, the outcome of which could materially and/or adversely affect actual future results and the trading price of CTI BioPharma's securities. Such statements include, but are not limited to, expectations with respect to  the timing and planned enrollment of PAC203 and our ability to interpret clinical trial data and results for PERSIST-2 despite not satisfying the pre-specified minimum evaluable patient goal, expectations with respect to the potential therapeutic utility of pacritinib, expectations with respect to the timing of data and the related analyses, expectations with respect to the timing of regulatory actions,expectations with respect to the potential of pacritinib to achieve treatment goals, the development of CTI BioPharma and its product and product candidate portfolio, including the advancement of pacritinib and other pipeline programs, CTI BioPharma's ability to achieve its goals in 2018 and beyond, CTI BioPharma's intent to continue efforts to commercialize PIXUVRI in Europe and expand the market potential for PIXUVRI, and CTI BioPharma's plans to continue advancing the development of its pipeline candidates through strategic product collaborations or cooperative group and investigator-sponsored trials, as well as the identification and acquisition of additional pipeline opportunities. Risks that contribute to the uncertain nature of the forward-looking statements include, among others, risks associated with the biopharmaceutical industry in general and with CTI BioPharma and its product and product candidate portfolio in particular including, among others, risks associated with the following: that CTI BioPharma cannot predict or guarantee the outcome of preclinical and clinical studies, the potential failure of pacritinib to prove safe and effective as determined by the FDA and/or the European Medicines Agency, changes to study protocol or design or sample size to address any patient safety, efficacy or other issues raised by the FDA or otherwise, that top-line results observed to date may differ from future results or that different conclusions or considerations may qualify such results once existing data has been more fully evaluated, that CTI BioPharma may not obtain favorable determinations by other regulatory, patent and administrative governmental authorities, that CTI BioPharma may experience delays in the commencement of preclinical and clinical studies,  that the costs of developing pacritinib and CTI BioPharma's other product candidates may rise; other risks, including, without limitation, competitive factors, technological developments, that CTI BioPharma may not be able to sustain its current cost controls or further reduce its operating expenses, that CTI BioPharma may not achieve previously announced goals, contractual milestones and objectives as or when projected, that CTI BioPharma's average net operating burn rate may increase, that CTI BioPharma will continue to need to raise capital to fund its operating expenses, but may not be able to raise sufficient amounts to fund its continued operation; as well as other risks listed or described from time to time in CTI BioPharma's most recent filings with the SEC on Forms 10-K, 10-Q and 8-K. Except as required by law, CTI BioPharma does not intend to update any of the statements in this press release upon further developments. 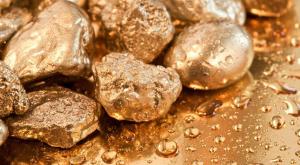