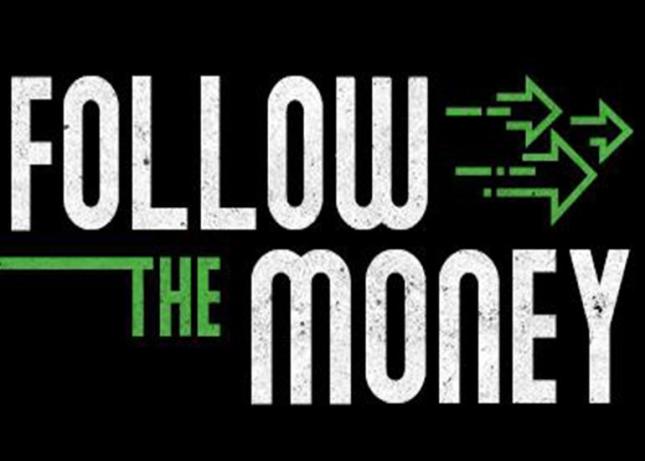 On September 24, 2021, the Supervisory Board, under the chairmanship of Martin Ducroquet, reviewed the statutory and consolidated financial statements for FY 2020-2021 as approved by the General Management and certified by the company's statutory Auditors.

Message from Guillaume Debrosse - Chief Executive Officer:
"The Bonduelle Group recorded another financial year of business growth at constant exchange rates and, despite the sanitary context, retained its profitability.
In a consumer environment far different from the one in which the annual targets were set, we demonstrate our resilience thanks to a portfolio of diversified business activities in terms of technologies, distribution channels and geographical areas.
Despite an unstable and in many ways adverse environment, we have materialised our purpose, now embedded in our articles of association, through various initiatives: "Inspire the transition toward a plant-based diet, to contribute to people’s well-being and planet health."
With caution and determination, in 2021-2022 we intend to continue our growth trajectory and return to pre-Covid profitability levels, if necessary, questioning the contribution of our businesses to our ambition of sustainable growth with a positive impact."

Europe Zone
The revenue for the Europe Zone, representing 45.8% of the business activity over FY 2020-2021, posted an overall decline of -1.9% on a like for like basis(1) and -2.1% on reported figures.
In retail, the relative stability of revenue is mainly due to unfavorable comparison bases (precautionary purchases in Q3 and Q4 of 2019-2020) and product shortages resulting from the poor agricultural campaigns of summer 2020. These factors mask the remarkable growth in sales of the Cassegrain brand in canned food and the Bonduelle brand in the frozen food segment. The fresh ready-to-eat segment continued to be heavily penalized by the limited number of sales in retail stores over a large part of the year, affecting the entire market.
The sanitary crisis and its effects on the food service business activity once again had a major impact on the frozen and ready-to-eat fresh segments over a large part of the year. Q4 recorded, with the gradual lifting of sanitary and traffic restrictions, a significant increase in both technologies.

Non-Europe Zone
The revenue of the Non-Europe Zone represents 54.2% of the business activity over FY 2020-2021, up +4.6% on a like for like basis(1) and down -3.1% on reported figures. All three technologies posted positive growth over the financial year on a like for like basis(1).
In North America, the fresh ready-to-eat business activity posted solid growth over the financial year, helped by a favorable comparison base and the gradual reopening of restaurants in Q3. However, the unfavourable sales mix, linked to the sanitary context, weighed significantly on profitability.
The long-life business activities in North America (canned and frozen), like the European activities, recorded contrasting activity between distribution networks, which nonetheless allowed the business to remain stable over the financial year.
The long-life business activities (canned and frozen) in Russia and Eastern Europe recorded solid growth over the year despite a depressed consumer environment, thanks to the resilience of the Bonduelle brand and the growth of the Globus brand in the canned segment, as well as strong development in the frozen one related to the successful launch of new locally produced references.

For FY 2020-2021, the Bonduelle Group's current operating profitability stands at € 100.4 million current exchange rate and € 104.3 million at constant exchange rate compared to € 108.7 last financial year, with a current operating margin of 3.6%, in line with the objectives set.
The long-lasting sanitary crisis on the one hand, source of additional costs (disinfection, adaptation of organisations, productivity...) and on the other hand, the operational difficulties partly linked to this same context faced by the fresh business segment in North America - additional logistical costs, inflation, labour shortages, climatic incidents, fires, illnesses impacting the raw material - had a negative impact on the current operating result of this financial year, the latter overshadowed an otherwise solid performance in the long-life operating segment in Europe, Russia and Eastern Europe, as well as in North America.
Despite this context, the group continued its policy of developing its brands with an increase of more than 10.-% in marketing investments and the ongoing deployment of innovations (Without Pesticide Residues range, etc.).
After taking into account non-recurring items (€ 3.2 million) linked to the various restructuring operations that took place during the year (takeover of the assets of the France Champignon Cooperative...), the Bonduelle Group's operating income stands at € 97.2 million, compared with € 101.9 million last financial year.

The Bonduelle Group Shareholders' Meeting adopts the company's purpose
The Shareholders' Meeting, on December 17, 2020, adopted with 99.91% of the votes the resolution to amend its articles of association to include the company's purpose: "Inspire the transition toward a plant-based diet, to contribute to people’s well-being and planet health." With this inclusion in its articles of association, the Bonduelle Group is thus giving concrete expression to its commitments in terms of Corporate Social and Environmental Responsibility and its ambition to achieve the B Corp certification by 2025.

The Bonduelle Group strengthens its partnership with its vegetable producers in France
The Bonduelle Group and its partners, OPLvert and OPLINORD, which regroups the vegetable producers of the Hauts-de-France area, and its partner Euralis Coop for the green vegetable producers in the South-West of France, have signed agreements to increase prices in order to finance the increase in farm income and the agro-ecological transition.
This revaluation is based upon a strong commitment to "runoff" in favour of agricultural producers, which involves all the actors of the value chain, in a state of mind in line with that of the États Généraux de l'Alimentation (General Assembly on Food) in order to perpetuate one of the main sectors of French agricultural excellence.
In addition, Bonduelle, acting under the authority granted by the Combined Shareholders' Meeting of December 17, 2020, announced on June 18, 2021 the completion of the capital increase reserved for its agricultural partners in France. Through this transaction, the Bonduelle Group intends to share Bonduelle's value creation and to strengthen sustainable and close links with the agricultural world by associating it with its capital, in accordance with its ambition of sustainable growth with positive impact.

Appointment of a member representing employees on the Supervisory Board
Pursuant to the PACTE Act of May 22, 2019 and in accordance with the vote of the Company Shareholders' Meeting of December 17, 2020, the Group Work Council appointed on April 22, 2021, by an absolute majority, Didier Cliqué, an electromechanical technician for the technical service in the plant of Vaulx-Vraucourt (France), as the employee Supervisory Board member. His three-year term of office took effect at the Supervisory Board meeting of April 27, 2021.

Once again, Bonduelle strengthens its financial flexibility and aligns this financing to sustainable development objectives
After the successful issuance of a NEU CP program in July 2020, the Bonduelle Group announced on November 30, 2020, the early renewal of its syndicated loan, increasing it from € 300 million to € 400 million and indexing the margin on Environmental, Social and Governance criteria (ESG).
This financing transaction, carried out in a particularly uncertain economic and financial context, once again underlines the group's financial strength. The over subscription and the expansion of the pool of lenders also demonstrate the enthusiasm of financial institutions for the Bonduelle Group's financial profile.
Via its endorsement of the B Corp certification process, this transaction illustrates the group's commitments in terms of Social and Environmental Responsibility, in line with its purpose.

The French Competition Authority approves the acquisition of the industrial assets of the France Champignon cooperative
In a decision dated July 7, 2021, the French Competition Authority authorized the acquisition of exclusive control by SCA Cultures France Champignon, a subsidiary of the Bonduelle Group, of the industrial assets of the France Champignon agricultural cooperative, which was formalized by a takeover offer dated December 28, 2020, and the decision of the Saumur judicial court dated February 18, 2021. The business activity take over has thus become definitive. Its impact on Bonduelle's financial statements for the six months ended June 30, 2021, is not significant.

Despite the still uncertain health environment and a hyperinflationary context, the Bonduelle Group aims to achieve growth of around 3% in its turnover and a current operating margin rate of 3.8% to 4,-% , both at constant scope and exchange rates.
The General Management will propose a dividend of 0.45 euro at the Annual General Meeting on December 2, 2021, to be paid on January 5, 2022.

Furthermore, as part of the periodic review of its business portfolio, the Bonduelle Group announces that it has initiated a strategic review of its Bonduelle Americas Long Life business unit.
This activity, born from the acquisition in 2007 of Aliments Carrière in Canada and fueled by both internal and external growth, representing sales for the fiscal year ended June 30, 2021 of more than 600 million euros, is dedicated to the processing and marketing of canned and frozen vegetables and fruits in retail channels, mainly in private labels, out-of-home catering as well as in co-packing of third-party brands evenly split between USA and Canada.
This review aims at assessing the contribution of this activity towards the Bonduelle Group's ambition of sustainable growth with a positive impact, as well as its strategic fit with the priorities defined by its reference controlling shareholder and validated by its board of directors, in particular, the priority given to branded activities in its turnover, as a guarantee of both independence and sustainability.
This review, and the resulting scenarios, should enable Bonduelle Americas Long Life's activities to pursue their development in a constantly consolidating North American market and to finance the investments necessary to increase its profitability.

(1) at constant currency exchange rate and scope of consolidation basis. The revenues in foreign currency over the given period are translated into the rate of exchange for the comparable period. The impact of business acquisitions (or gain of control) and divestments is restated as follows

About the Bonduelle Group

We want to inspire the transition toward a plant-based diet, to contribute to people’s well-being and planet health. We are a French family business with 14,700 employees and we have been innovating with our farming partners since 1853. Our products are cultivated on 124,000 acres and marketed in 100 countries, with a revenue of € 2,779 million.”
Our 6 strong brands are Bonduelle, Cassegrain, Globus, Arctic Gardens, Ready Pac Foods and Del Monte

Find out about the group’s current events and news on Twitter @Bonduelle_Group, and its financial news on @BonduelleCFO

This document is a free translation into English and has no other value than an informative one. Should there be any difference between the French and the English version, only the French-language version shall be deemed authentic and considered as expressing the exact information published by Bonduelle. 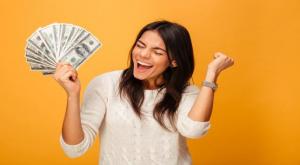